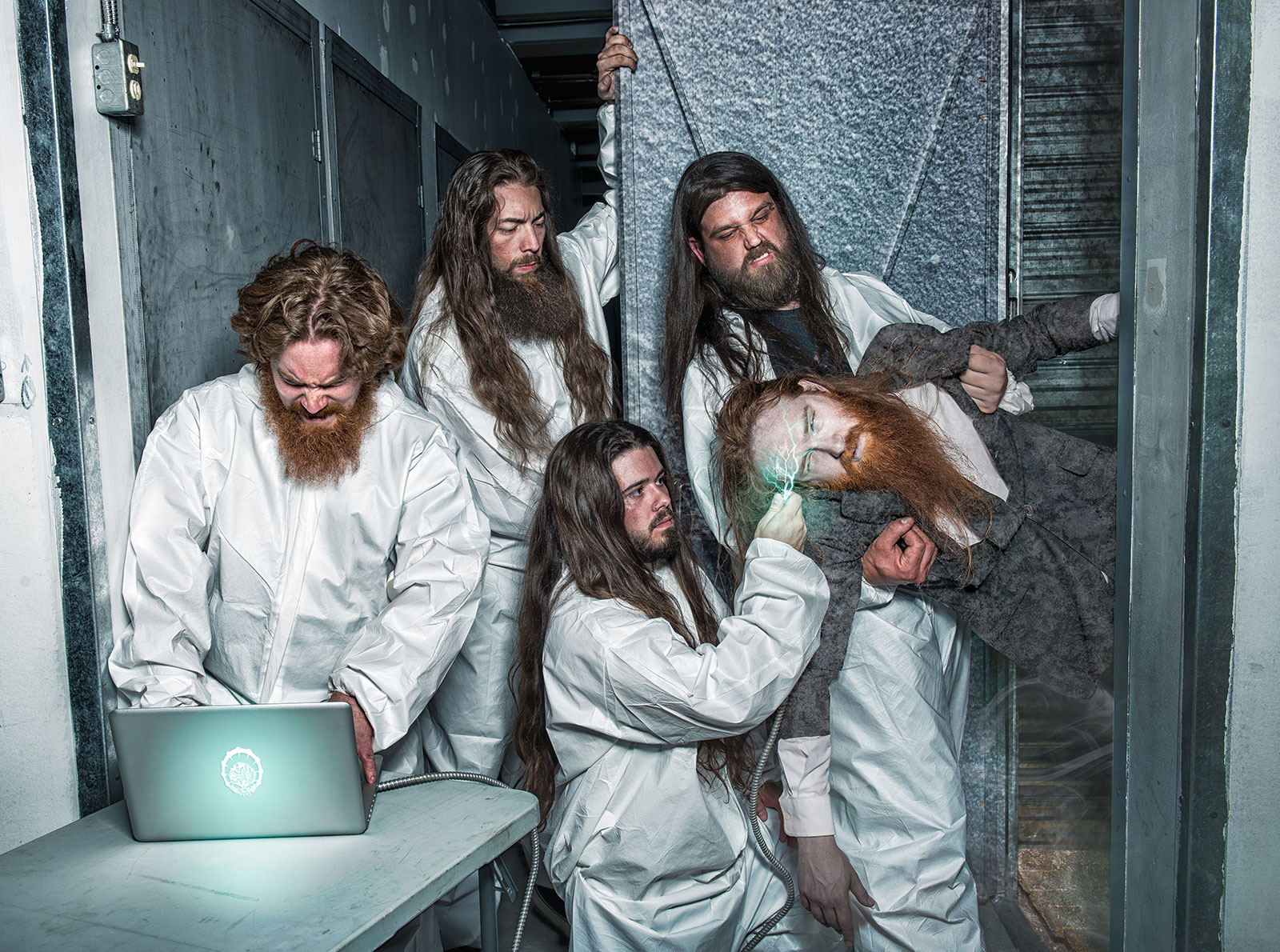 Assembled in 2003 to infiltrate, build and destroy, Gatineau, QC’s INSURRECTION is an aural onslaught assaulting witnesses in both languages of French and English. Known for blending calculated technicality with a signature mixture of merciless death metal, the band has annihilated the masses with four full lengths, their most recent 2017’s Extraction unleashed on Galy Records to follow Prototype (2013), Fracture (2010) and Prologue (2009). Emerging as one of the most prominent metal bands to come out of Eastern Canada, the brutal quintet will be embarking on their first Western Canadian tour this coming June along with festival performances at Decimate MetalFest and Montebello RockFest.

This is exciting news for us to share with everyone! We’ve been around for 15 years already and never had an opportunity like this to play out west for our fans in the prairies, so with Extraction released, it’s the perfect time! We get to finally meet and perform for so many fans that have never had the chance to see us live, and then we head on home to play Montebello Rockfest to top it off nicely. 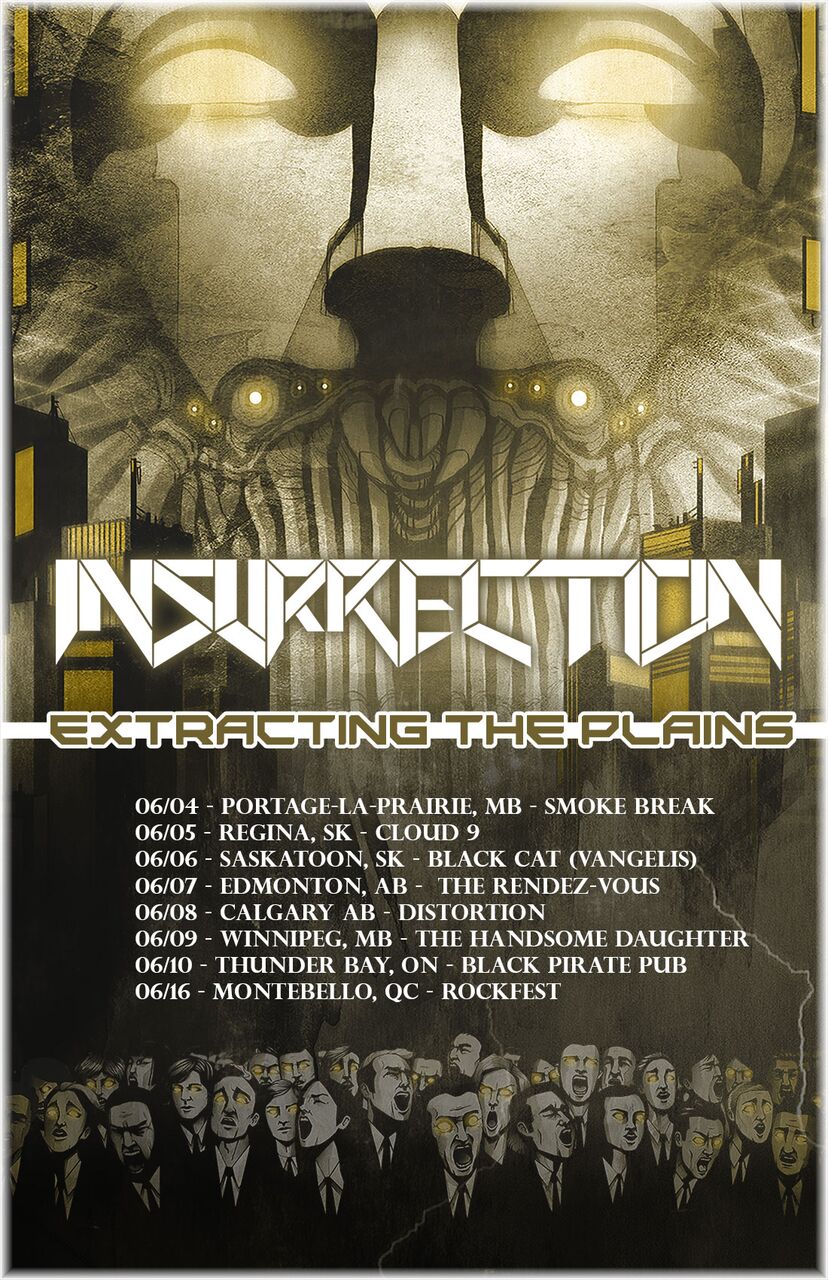 INSURRECTION‘s latest album Extraction is a ten track aberration that has shocked and blasted fans to the next life. The album was produced by Pierre Rémillard at Wild Studio (Cryptopsy, Obliveon, Anonymus, Voivod, Krisiun, Ghoulunatics, Despised Icon, Beneath the Massacre, Gorguts, Martyr). 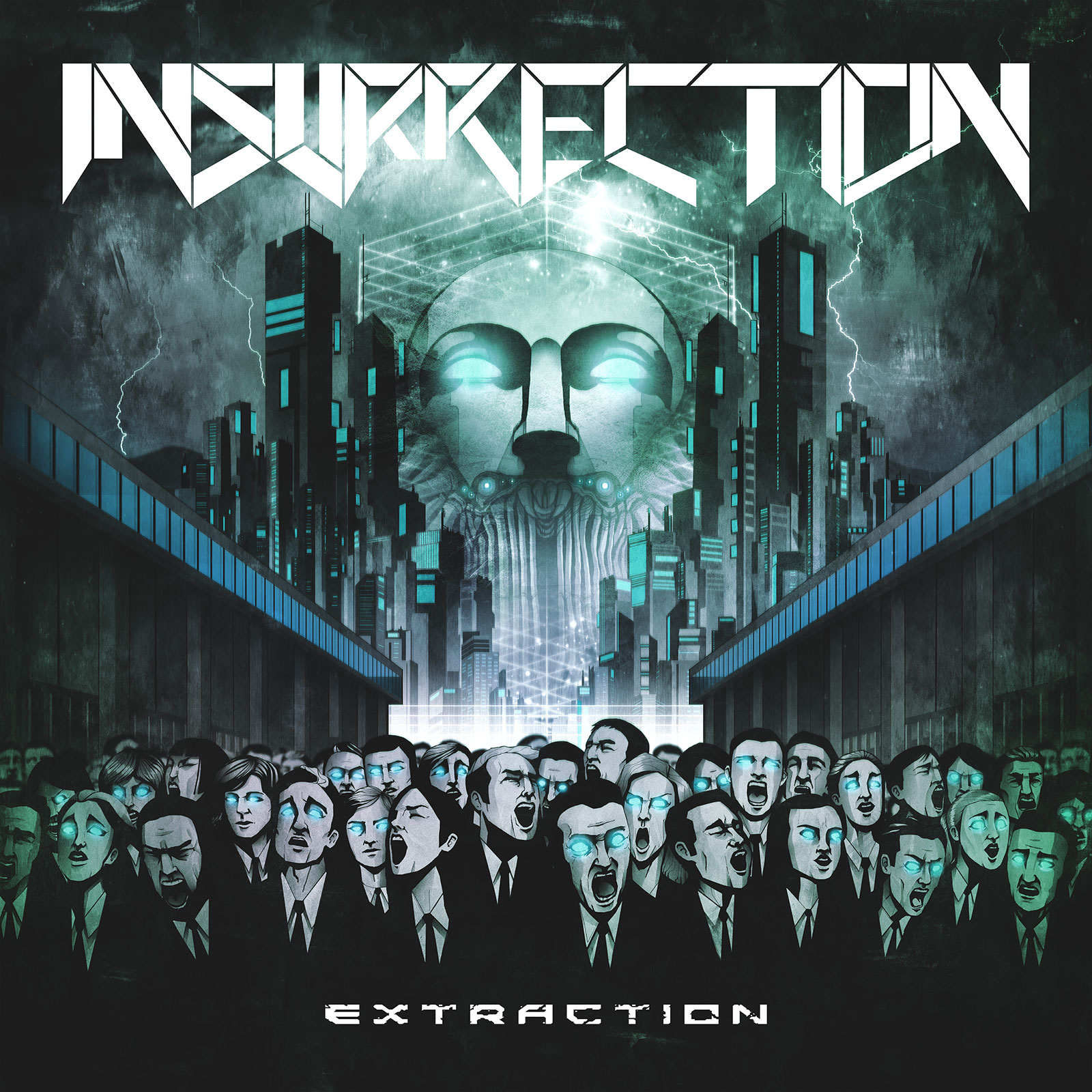 View the lyric video for “System Failure” below: