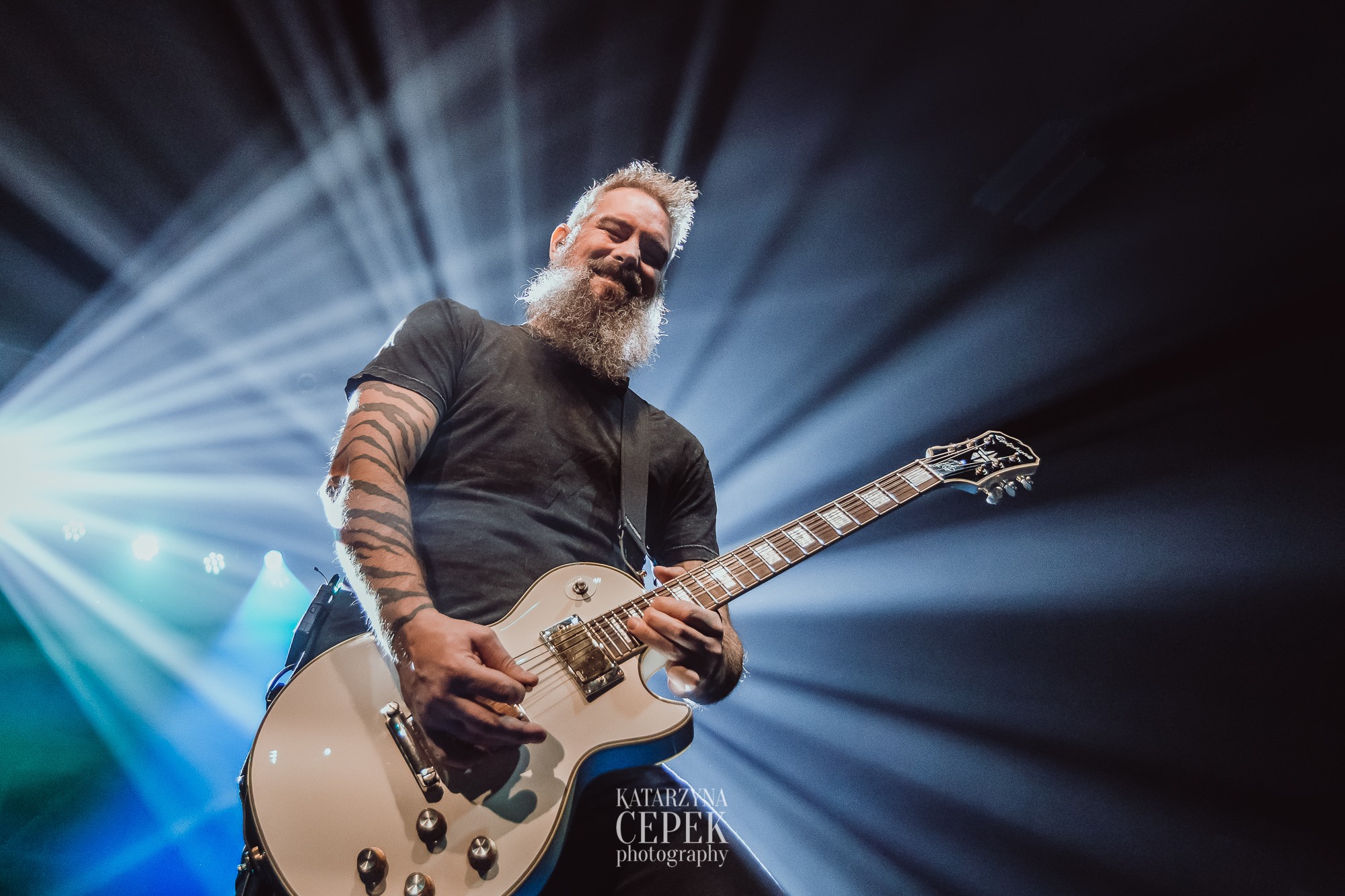 Swedish metal luminaries, In Flames are currently touring North America as special guests of Within Temptation. The band recently released its latest studio effort, I, The Mask to positive fan response and strong critical praise. The album and tour mark the first for In Flames’ new line-up which features band anchors Anders Friden (vocals) and Bjorn Gelotte (guitars), along side the new rhythm section of bassist Bryce Paul and drummer Tanner Wayne. Guitarist Niclas Engelin also recorded the new record, but guitar icon Chris Broderick (Act of Defiance, ex-Megadeth) is currently touring with the band while Engelin takes some personal time off.

I, The Mask is the band’s 13th studio album, and the follow-up to 2016’s Battles. It is the second album for In Flames working with Grammy-nominated producer Howard Benson (Motorhead, All That Remains, Halestorm), For this record, Anders and Bjorn went to Los Angeles and with no pressure to create, crafted an album worth of songs that are among the best of the band’s modern era. The record has already spawned notable success with the singles “Call My Name,” “I Am Above,” “Burn,” and “(This is Our) House.”

On March 13, In Flames shared its “off” day with fans in Boise, Idaho, swinging through town for a meet and greet at the local record store, and then performing a one-off headline show at the newly rebuilt Knitting Factory. Prior to the show, Metal Nation sat down with Bjorn Gelotte to chat about the tour so far, having Broderick share the stage with them, working with producer Howard Benson, and the songwriting process behind I, The Mask. We also took a look back at the 20th anniversary of In Flames 1999 Colony album, the first to feature Gelotte as the band’s full-time lead guitarist.

You can view the full interview below.