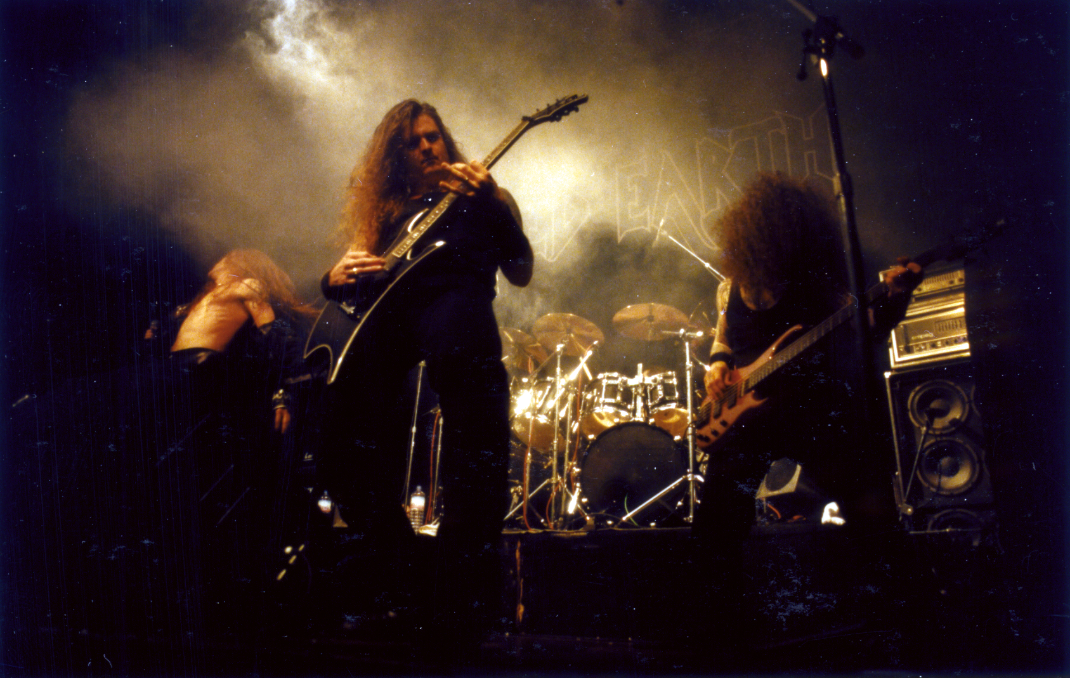 American heavy metal group Iced Earth announce the first vinyl edition of the classic 1999 live opus Alive in Athens out on December 6th, 2019 to celebrate the 20th anniversary of the recording.

Originally released as a 2CD, 3CD and picture LP set, Alive in Athens came out slightly flawed two decades ago, which then turned into a gigantic success for Iced Earth and was certified Gold in Greece, where over thirty different songs had been recorded on two nights at Athens’ Rodon Club on January 1999.

The original release lacked the live version of “Colors” and the picture LP was a fairly careless CD to vinyl transfer interrupting Matt Barlow‘s stage banter several times and split up tracks that had been performed back-to-back (for example the “Something Wicked (Trilogy)”). Together with the help of Jon Schaffer, this anniversary edition was created, offering a partially revised sequencing and fully dynamic vinyl mastering by Patrick W. Engel / Temple Of Disharmony as well as many additional extras.

“Alive In Athens has been called one of the greatest heavy metal live albums of all time. For
me, it was one of the high points in a long and eventful journey that carries on to this day,” states Jon Schaffer. “I’ve experienced some of the best memories of my musical and personal life in Greece and these two nights in Athens are certainly no exception. I am honored and humbled by the passion of Iced Earth fans in Greece and all over the worldand hope you will all enjoy this ultimate edition of ‘Alive in Athens‘”! 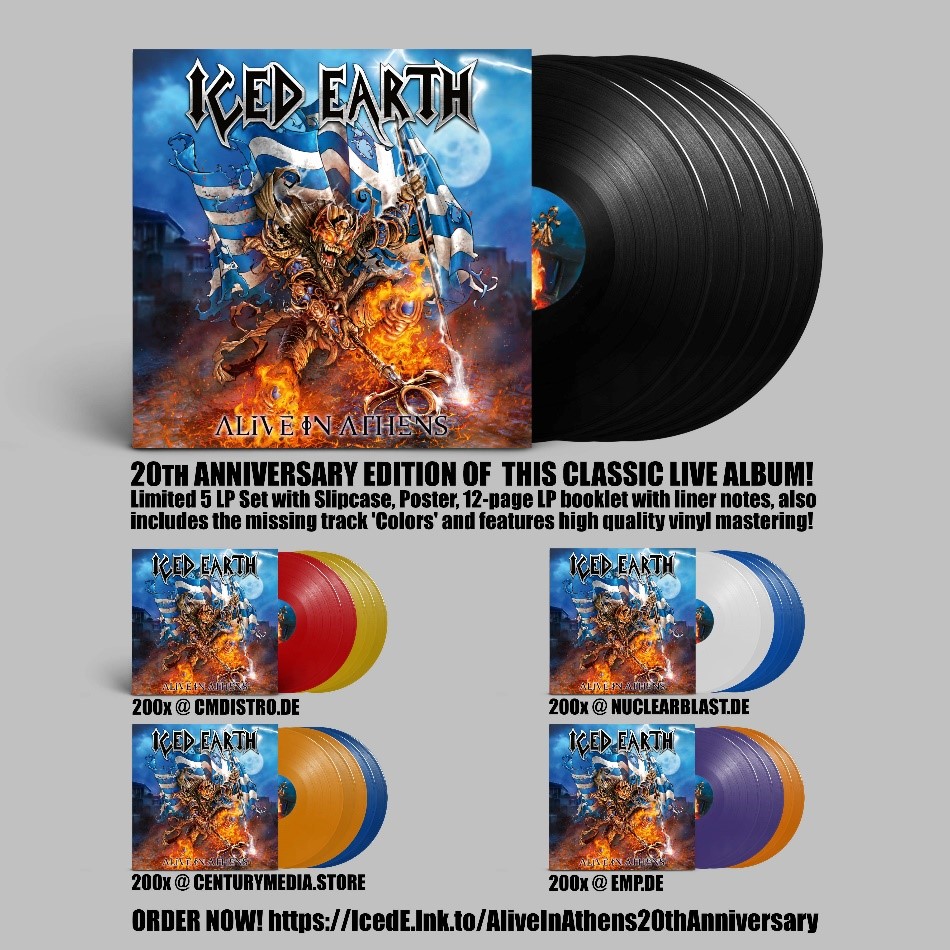 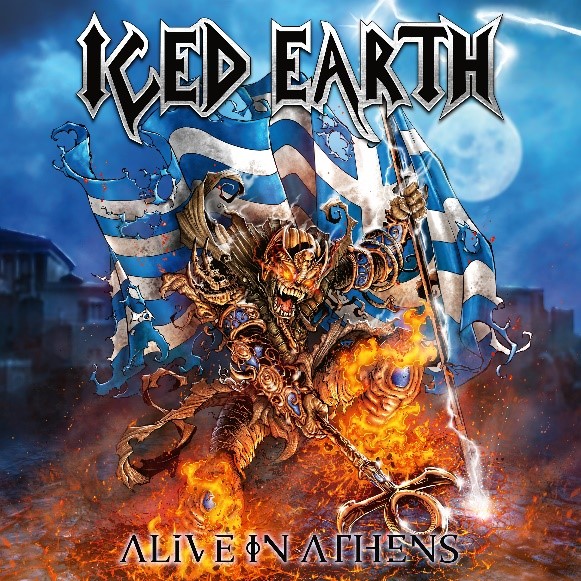 Side VI
1. Angels Holocaust
2. Stormrider
3. The Path I Choose
4. I Died For You

Side VII
1. Prophecy
2. Birth Of The Wicked
3. The Coming Curse

Side IX
1. Brainwashed
2. Disciples Of The Lie
3. When The Night Falls