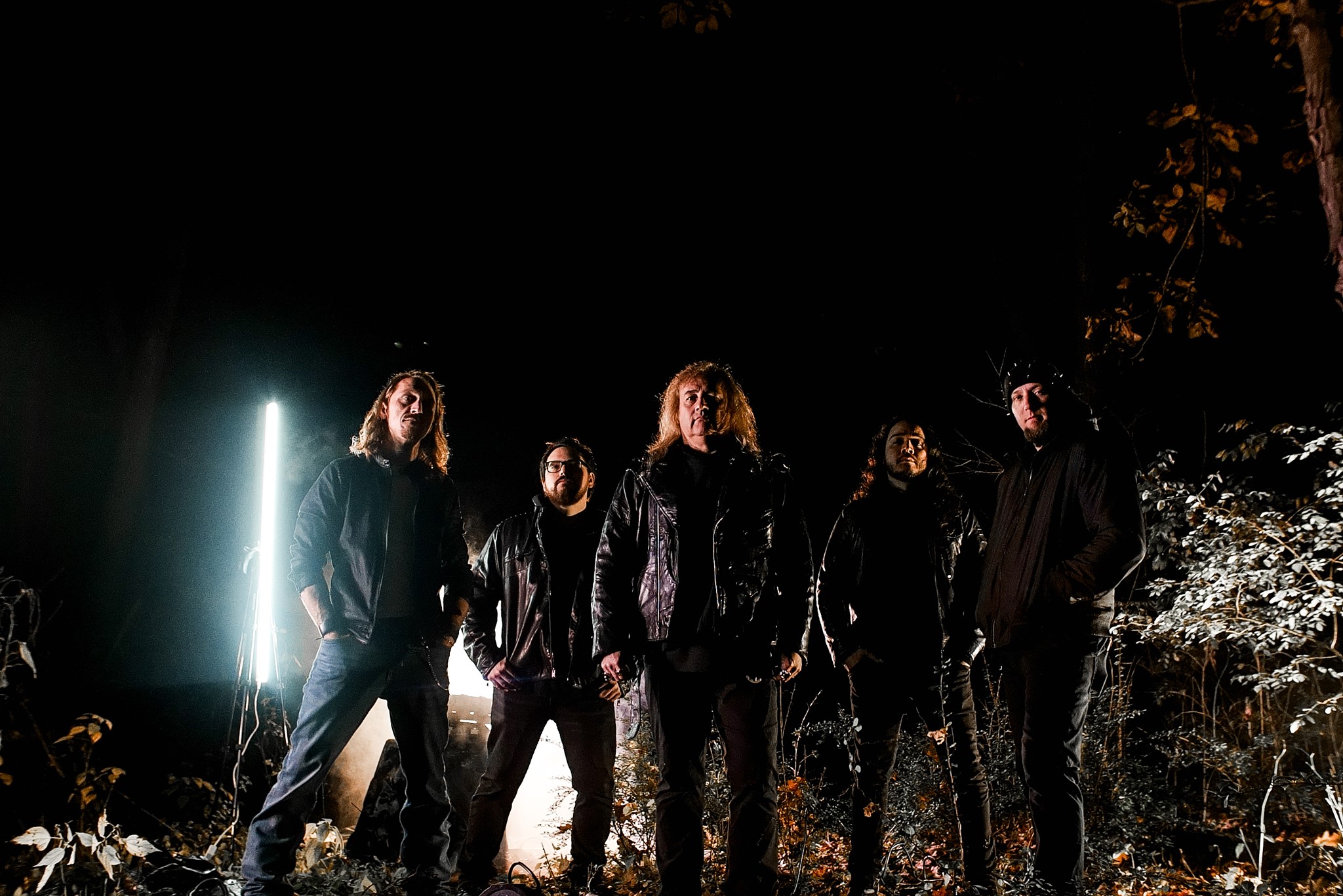 Glacier is really a tale of two bands. Founded 40 years ago in the Portland, Oregon area, the original line-up, featured vocalist Michael Podrybau, drummer Loren Bates, bassist Timm Proctor, and guitarists Sam Easley and Patrick Goebel, The band released a self-titled EP in 1985 as well as a couple of demos also in the 80s, but the band never really took off before grunge kicked in and Glacier split in 1990. Fast forward 30 years and Glacier is finally back with its debut full-length debut, The Passing of Time.

Podrybau, with the blessing of his former band mates, has rebuilt Glacier with new members, Adam Kopecky (drums), Alex Barrios (bass), Michael Maselbas (guitars), and Marco Martell (guitars). The Passing of Time though is not without its links to past members. While Easley tragically passed in 2016, Bates and Proctor were both involved in performing on the new record for three Glacier songs written back in the 80s. The album’s other five tracks were written by the new line-up, and the combination of the the old songs and new is surprisingly cohesive making for an album steeped in traditional metal roots. and headbanging anthems.

This week, Metal Nation sat down with Kopecky and Maselbas from their Chicago base to discuss the debut album and the strange 40 year journey through The Passing of Time. Watch the full video below or click here.