Tired of where the music industry is going?  Sick of big labels having all the control, manufacturing genres and supporting bands that you think are crap?  Perhaps you’re sick of waiting for a label to pick up your own band and sign you to a contract. Maybe you want to take the music industry into your own hands and start your own grassroots label.  Well, that’s what Josh Hogan did, and this is the story of Diminished Fifth Records (D5R).

D5R was a label designed to support Josh Hogan‘s local metal scene, that of the East Coast of Canada, and to also provide a platform for his own band, Orchid’s Curse to release its own music to the world, free of big label restrictions and their imposed direction. For the past 12+ years, I’ve known Hogan to be a pillar in the local music scene in Halifax, NS, as well as the overall East Coast scene.  He’s mainly known as a metalhead, perhaps mostly due to his time running D5R as well as his role as front-man of Orchid’s Curse, but he’s way more than that.  As an ambassador of independent music of all genres, Hogan has made his presence apparent to anyone in the local scene, musician or music fan. 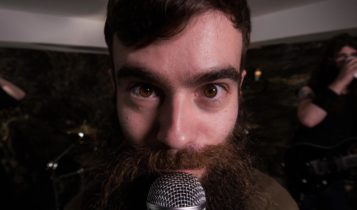 For the purpose of this article, I wanted to chat with him about his experiences, inspirations, success and failures during the life of D5R.  Having started a record label from scratch and running it for nearly a decade, I was sure he had an interesting tale to tell, but I’ll let you be the judge of that.  Here’s how our conversation went:

To start off, I wanted to know how long he had been thinking and preparing himself for such a venture:

“It was a pretty quick turnaround from idea to inception to launch. With little support for metal bands in the east coast, plus the selfishness of wanting to release the first Orchid’s Curse record on an imprint, D5R was initially conceived of necessity and then molded over the years as it grew. I’d say 2-3 months from conception to birth.”

To start your own business in a matter of 2-3 months is quite amazing.  I wanted to know if he had any relevant experience, either in operating a business, or record labels? Was there much research done or did he just go for it:

“I’d like to say yes, but honestly, I was just flying blind and learning from my successes and failures along the way.”

I daresay that took a lot of guts to just jump right into it.  I know myself, I tend to overthink such big decisions and perhaps get lost in doing research, looking into different approaches in an attempt to figure out what worked for others, what didn’t.  There’s something to be said for the gumption required to just get up and do it! I wanted to know if he modeled his approach from any particular labels:

“I definitely always had a kinship for independent label’s like Relapse Records, but I decided early on that D5R’s goal would be to showcase East Coast Metal and work specifically with Loud bands from this region.”

So, in 2006 at the young age of 24, Josh Hogan gave birth to Diminished Fifth Records.  The label would go on to release numerous east coast LOUD acts such as Death Valley Driver, Pith, Last Call Chernobyl, Dischord, Iron Giant, Black Moor and many more.
Aside from the obvious metal connection with the name, was there any other reasons it was named Diminished Fifth:

“The name just fit. The Devils note. I mean how metal is that? haha.  Plus I could use “D5R” for abbreviation which I always enjoyed. It came up in a brainstorming session with Brian Jones (Guitarist from Orchid’s Curse).”

In an industry that has literally had its foundation uprooted and flipped in a multitude of ways since the dawn of the digital age, it wasn’t like it was an easy endeavor, especially in a scene that was at one time labelled The Seattle of the East back in the 1990’s with the likes of alternative bands, Eric’s Trip and Sloan. I wondered how the learning curve was and how long did it take to get into the groove:

“I honestly don’t know if I ever did fully find the groove. The music industry was so rapidly shifting in the mid to late 2000’s so the label was always in a semi-constant state of change to try and stay relevant. Every time I thought I found my groove, something would change. That was the case for the 9 years D5R existed.”

Considering the history of the local scene, I was curious how the community responded to these efforts:

“There was a mix of reactions. At first I think people didn’t know who I was and what I was doing (and they were likely half right) but after The Music of Artisanship & War compilations started to take shape and after some higher profile releases (Iron Giant, Black Moor, etc…) it seemed that the majority of the community did begin to show more support.”

In 2015 it seemed that Hogan had enough and he decided to shut the doors at D5R.  After 9 years of nursing his label baby, like any small business owner must feel, it must have been choice ripe with mixed emotions.
I needed to know what led to the decision to close the books and was it a tough decision or was he ready to move on:

“It wasn’t an easy decision to shut it down, but it was the right one. It took me probably close to six months to commit to closing the label, yet only two to three to launch it. To be transparent, the label was basically a not-for-profit without the government status. Out of 26 releases I think 3 or 4 turned a profit. Eventually the workload was becoming too much and the return far to little.”

Having lasted as long as it did, I was sure the D5R train must have come with many peaks and valleys, highs and lows, so I asked him what the high point was of this whole experience:

“There were many high points, but to pick one, I’d say hearing songs by Black Moor, Gallactus and Orchid’s Curse on Season 1 of Todd & The Book of Pure Evil was pretty damn cool. Although not our first TV placements, it was definitely the most well fitting.”

The experience of running your own record label must be a dream of a lot of musicians and/or music fans, so I wondered if, from 9 years experience, Hogan had any advice to share for anyone finding themselves in a similar position to where he was back in 2006:

“Find a time machine and go back to the 80’s/90’s.  Otherwise if you are going to get into, be prepared to invest the time and capital and always make sure you take care of your artists and their fans.”

Often times, having personal experience in a particular field helps to give a new insight into said field that one otherwise may not have, or be able to see without it.  With this thought in mind, I asked Hogan to share his thoughts on the current state of the music industry:

“There’s still many label’s pushing onward, while many others closed down. I think it’s all about knowing your role in a bands career and development and over the years that role for label’s has drastically changed.”

The insight from being a ‘label exec’ can also provide valuable advice for anyone in a band looking to get themselves signed, so I also wanted to know his thoughts on that level of the business as well:

“1. Make it easy for the label to want to work with you. Ex: Tell them what you are bringing to their roster instead of asking them how they can help your career.
2. Build a strong fan base. Numbers don’t lie. Fans are the be all and end all.
3. Pound the pavement and tour!”

While it was sad to see the D5R era come to an end, I found it quite interesting to learn the in’s and out’s of what it was like to create and execute a grassroots label for a genre of music that, albeit a relatively large fanbase, is still a musical minority in the grand scheme of popular music.  In closing, I asked Hogan if he had anything else he would like to add to the conversation:

“Just a thanks for the opportunity to discuss D5R. It’s been a long time since I chatted about my label days and it was genuinely fun to reflect back.”

Big thanks to Josh Hogan for entertaining my invasive questions and allowing me to share his story.  If you would like to check out the full gambit of Diminished Fifth artists, head here for a listen, ant to purchase any titles you wish. 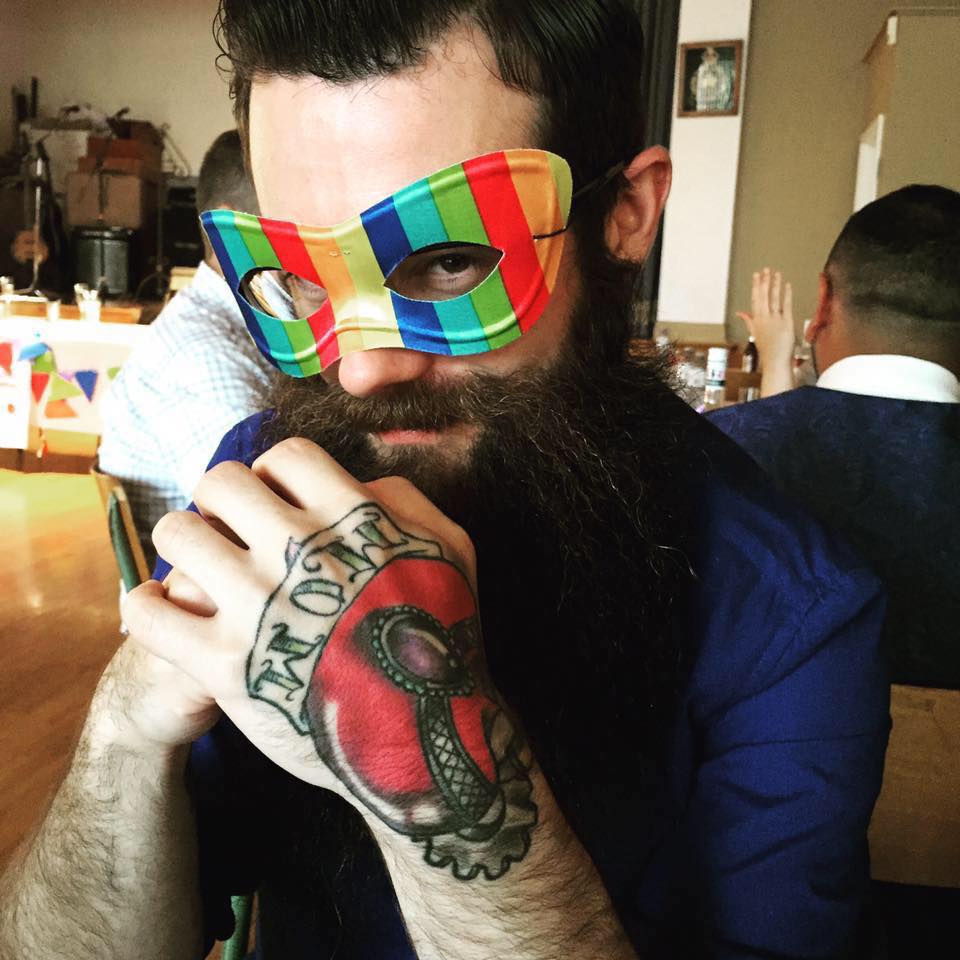 IMMORTAL GUARDIAN Interview: The Story of…