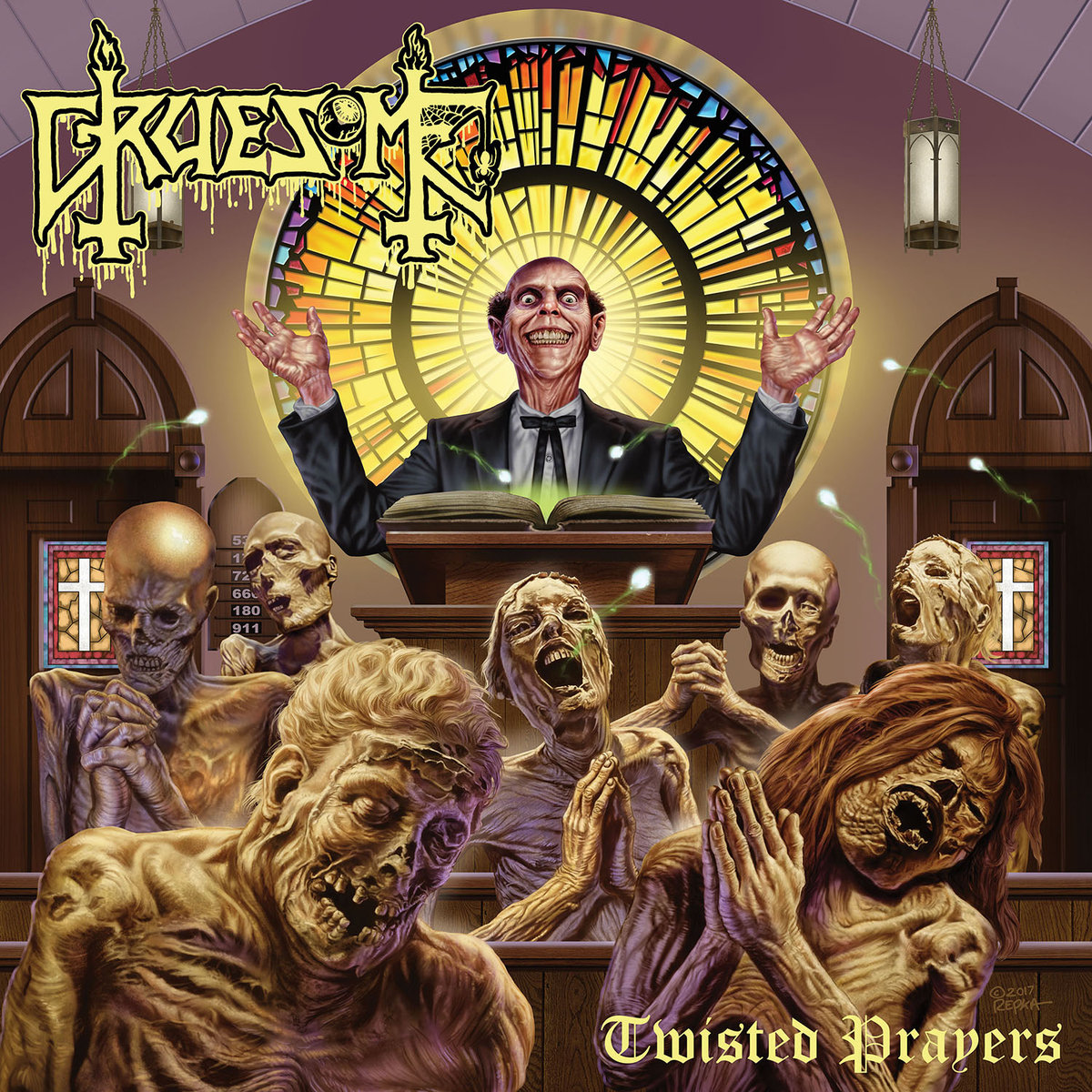 It’s time to visit a certain Floridian Quasi-Death band for a review! Gruesome has released its sophomore follow up to Savage Land. Don’t get me wrong, this group has done a great job of providing material in between busy schedules. As of now, frontman and guitarist Matt Harvey is touring in the mighty Exhumed, and Daniel Gonzalez (guitarist) is gearing up to record an album with Possessed (their first record in over 3 decades, and certainly my most anticipated).

From the get go, the first tune and single “Inhumane”, launches the listener into a spastic and involuntary head banging. The video and lyrics both portray acts of police brutality and a corrupt legal system. The use of execution for all crimes committed begs the listener to question capital punishment and the power of the United States’ executive branch… pretty badass, right?

Throughout Twisted Prayers, the riffs of Chuck Schuldiner are emulated. This is a given, of course. However, I would love to hear the influences of each of these respective guitarists come out alongside the flattering similarities. I think that the musician who gets closest to doing this in the band is drummer Gus Rio. There’s so much room for variation in songs like these, and he does a phenomenal job of adding his flavor to the table. It’s not just the Bill Andrews or Gene Hoglan, etc.

Another tune worth mentioning is “Fate”. It’s a musician’s wet dream. The flawless transitions in a funky-ass structure like this song has are impressive. Then again, one may hope this is the case of a Death-esque ditty.

As I mentioned, Gruesome released Savage Land a few years back. I noticed that the general focus of both albums were in different places when each were written. Their first record sounds more on the wavelength of an album like Leprosy, where Twisted Prayers can undisputedly be compared to Spiritual Healing. Even comparing the artworks you will notice similar color schemes, and the latter having a direct correlation to its predecessor’s subject material. I’m not sure if this was planned or not, but I do know Ed Repka designed all four of these album covers. I digress.

My favorite tune in the album has to be “Crusade of Brutality”. It sounds like a mashup of the Spiritual Healing title track as well as Leprosy’s. However, it’s done in such a way that it isn’t so blatant.

With that being said, I’m a huge fan of Death. I appreciate the work this band has put into channeling such a signature sound. I spoke briefly with bassist Robin Mazen at an Anthrax merch booth in 2016 (this world, oh how it is small) and said she and the band have nothing but respect for the legacy of Death and want nothing more than to pay homage with badass tunes. Said respect can be found in the very core roots of the group. Its conception actually came from both Harvey and Rio playing their respective roles in the touring of the Death to All tribute band.

Regardless of how you feel about a band like Gruesome taking the reins for all things new in the realm of Death, you can’t deny the meticulous work that they put into sounding like the ones before them. I highly recommend anyone, Death fan or not, to check this album out. It might even inspire those who haven’t listened to Death yet the opportunity to discover a realm of virtuosity they weren’t aware of. 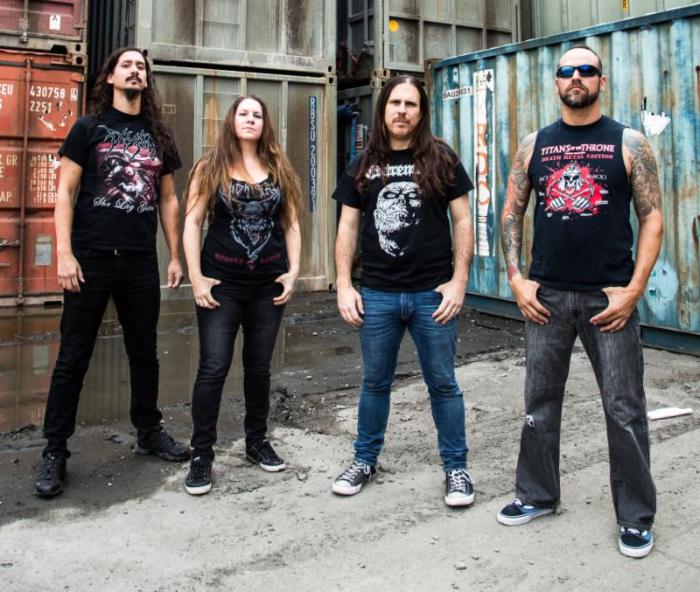