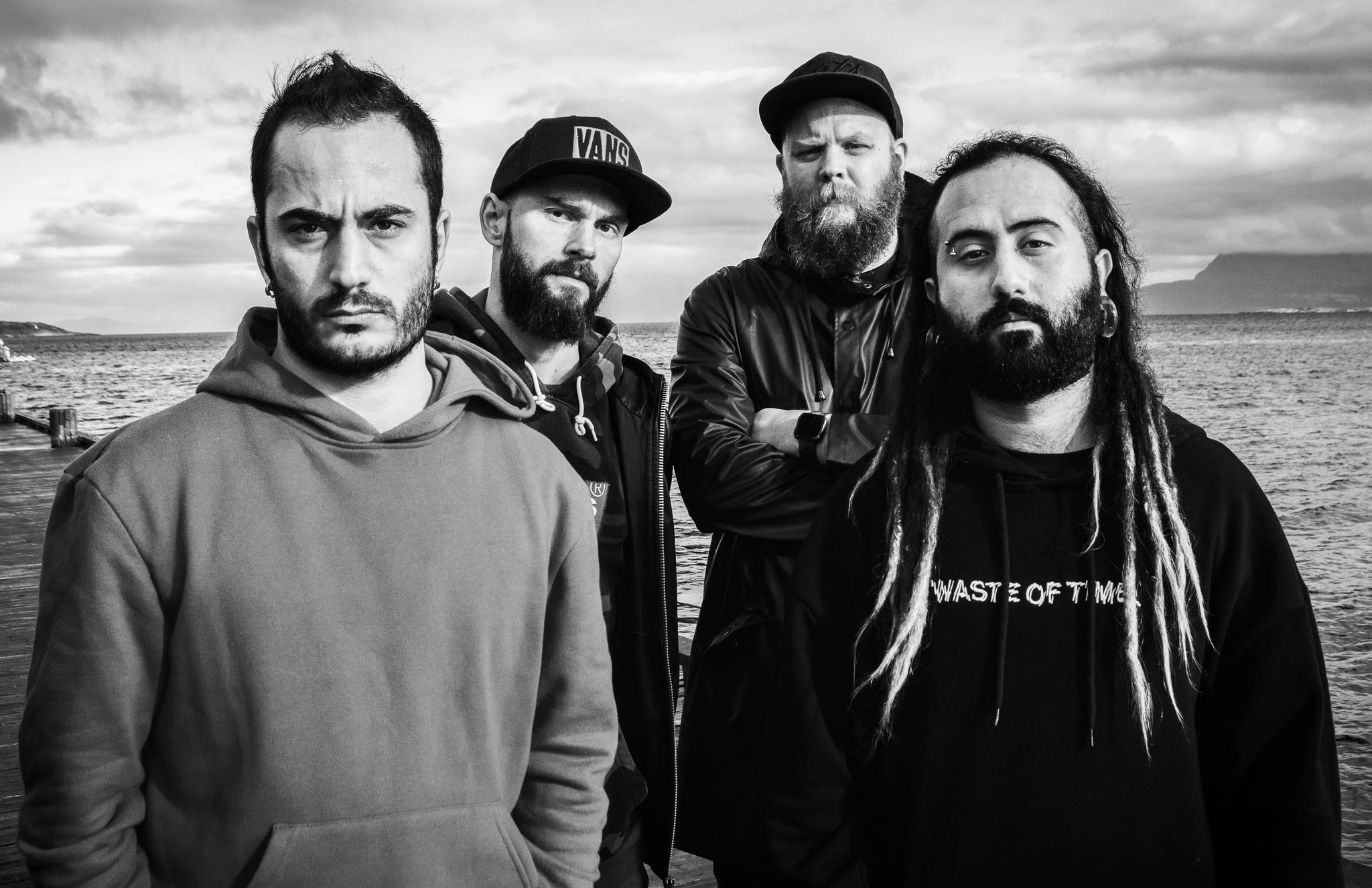 Hello Metal Nation, this is Ivo again, program manager at Metal Nation Radio. I’d like to present to you my recent interview I did with Nikan “Siyanor” Khosravi from the Iranian band CONFESS. You may have heard their story or you may have not – two of the band members (Nikan and Arash “Chemical” Ilkhani) were imprisoned in Iran in 2015 based on an accusation of “blasphemy and playing satanic rock/metal music.” They were facing a lot of years in prison and even facing execution – if the court found them to be blasphemers! Fortuitously, while on bail, the duo were able to flee to Turkey and eventually Norway where they were granted asylum.

Prior to their legal troubles in Tehran, Confess managed to release two full-length albums, 2012’s Beginning of Dominion and 2015’s In Pursuit of Dreams. Now, five years later, the duo continue to pursue those dreams, having surrounded themselves with Norwegian compatriots, Roger Tunheim Jakobsen (drums), Steffen Normark (guitars), and Edvard Sunquist (bass). Recently, Nikan reached out to tell us more about the band, life, world problems, and future Confess plans. Enjoy!

Greetings from Metal Nation! Thank you for agreeing to this interview. How are you guys doing?

“Not living in the best time of the century, but we are doing fine! Staying busy.”

What inspired your band name? Why “Confess”? Tell us a few words about the band’s foundation?

“Basically the concept behind the band’s name is something that has roots in the whole band’s attitude. That’s why I picked it! We are Confess and we make protesting art. So when we talk about an issue with the world, we are basically someone who is confessing our truth about the situation and holding nothing back! We are trying to say that there’s something wrong here! So the word “Confess” and “Protest” go hand to hand in our philosophy.”

Tell us about the current band lineup. Obviously a move to a new country had to change things for the band.

“I am Nikan – Guitarist, vocalist, lyricist, and songwriter. Arash is our DJ/Sampler. Roger is our drummer. Steffen is our other guitarist, and Edvard is our new bassist, who will be with us for the new upcoming shows.

We met Steffen through our former guitar player Erling [Malm]. After having some problems with timing and personal schedules, Erling stepped up and was like “I think I bring the speed down a little bit so I have this friend who will fit perfectly in Confess for my spot!”. So we met and in the first couple of jamming sessions we felt that we have a lot of common ground in different subjects to build something good with Steffen. He is our new brother, great dude and a fantastic musician.

Nikan, I know you and the band since your first record (thanks to our boss Trev McKendry), as well as your story of being imprisoned in Iran for playing music. Thankfully that’s in the past now, and I salute you for your courage and willingness to continue pursuing your dreams! How have things changed for you, musically and spiritually, after you and Arash moved to Norway?

“As you say 2010’s were never easy for us. Prison, unwanted emigration, being far away from home and family, and so many disturbing and sometimes depressing things in between and beyond! But for me it was and still is a spiritual journey, as far as it’s full of experience. Good and bad. But to be with each other, safe and sound. and being able to reach our childhood dreams to keep thriving, is something that’s the reason for taking all of this….

Tell us more about yourselves – When you started listening to Metal, who were your biggest influences, and how difficult is it to be a metalhead and a metal band member, in Iran?

“Like any other metalhead of my age I also grew up on that late 90’s and early 00’s stuff like Slipknot, Korn, System Of A Down, Linkin Park, Static-X when I was a teenager. The Nu Metal stuff. At the same time I was really digging the more complex, riff centered music like Slayer, Sepultura, Metallica, Megadeth, Pantera. That thrashy stuff pushed me more towards picking up the guitar, it was very inspiring. Before all of this, when I was ~9 y.o.. I was into Lyrical Rap and since I always wanted to talk about my feelings and involve word-play, it helped me out to learn how to write. Later on I found out how to use different outlets with different inspirations to create my art.

“As a metalhead it was not really difficult nowadays! But in the past it used to be pretty lonely to be a metalhead in Iran because no one knew what metal music is. So later on when I wanted to form a band there weren’t a lot of people around as an option either!

“Being a band member was the most difficult part! Not really loved and rejected by the society and government! You know… Totally being an outsider! Not so much room to show yourself, and even – if you want to go and play your music for your kind of people – you have to get permits from the government! To which I always said ‘Fuck them!’ Good for those who do, but I don’t want no permission from anybody to perform my art!”

If you could pick just one band to tour with. around the world, which one would that band be (past or present), and why?

“Wow! If we are talking about the Touring thing, we will also be talking about having fun with some bad ass people, and who can say no to a shot of Black Tooth Grin from Dimebag?!… Plus, Pantera were a band that probably no one would ever be able to touch, when it comes to stage performance! Also Slipknot! That would be a dream come true!”

Have you done any live performances in Norway yet? I know you’re planning a North Norway Tour in 2021, tell us more about it.

“I have played in different events not only in Norway, but also in Sweden and the Netherlands. It was more like a Guitar Clinic thing. All in 2019.

“The first leg of our 2021 tour would be starting from North of Norway, the place where Confess is based on now. So it’s kinda home! Despite the fact that this tour leg will be only 6 shows, and it was planned to be more than 14 (because pandemic restrictions reduced it!) – we are still very excited to kick it off and hit the road for the first time!”

How has your sound progressed/evolved since your 2012 debut album Beginning of Dominion?

“Definitely keeping writing was the main key. Plus – keeping discovering, studying the greatests and trying to expand that genre limitation thing every time I’m writing for Confess. I guess the word ‘progress’ is always going to be associated with this band, and that’s one of my most favorite things while I’m making music in this band!”

“When I listen to our first record and compare it to the stuff we did after that, I’m like : ‘Wow! This is crazy how we kept getting matured and kept learning!’ This is something that everyone with hearing sense will understand.”

Describe the writing process behind your latest single “Eat What You Kill”. Very good song and lyric-video! Our hosts at Metal Nation Radio who already played your new single, all gave it high ratings!

“Great to hear that! I can say I wrote it spontaneously, I just recorded a demo while playing on my guitar, and it sounded good to us! I thought it might be a good time to release a new track and among the bunch of new songs we created – we picked this one, for some reasons.

“The idea behind it was about what we all see nowadays! Humans have gone crazy! People would be able to kill for an extra roll of a toilet paper when they’re scared! They draw weapons at each other when it comes to their territories! Then what’s the difference between a human being and a wild animal?  Just a mask that we put on, to show off that ‘We Are Civilized!’ which at times like these would fall off!”

When we can expect a new Confess album?

“Our new album Revenge At All Costs has been ready for almost a year and a half!!! Lots of things postponed it and pushed the release date. First the thing with the record labels – we got some offers that after weighing them we saw most of them were not fair at all! But we still have one deal on hold, which we will see how it will work. But we are still running independent and haven’t signed anything yet.

“The second thing was that Corona virus thing! During this pandemic time we decided to change some stuff in the album, like – re-recording the drums, working on guitar tones and a few other things… So we are basically redoing the whole album in some ways! Since we still have time it is a good thing because things can always get better. I think we would hopefully be able to release the album by the spring of 2021!”

“Of course, like any other artists we also dream about being on a World Tour with our teenage idols, and to be able to climb to the top in different aspects. But the most important thing is to make a legacy that will speak about forever… Beside all of that I would say sky’s the limit!”

“Make sure to follow us on social media. You can find us on every music platform that you are using. Plus regarding our live shows – if you are in Norway or found yourself during the event dates, make sure to come out and check us out on stage!”

Thank you very much for this interview Nikan, we at Metal Nation wish you all the best in your future endeavors, guys! Keep Pursuing Your Dreams!

“Thanks Metal Nation Radio for the years of support! And I hope that your readers enjoyed this!” 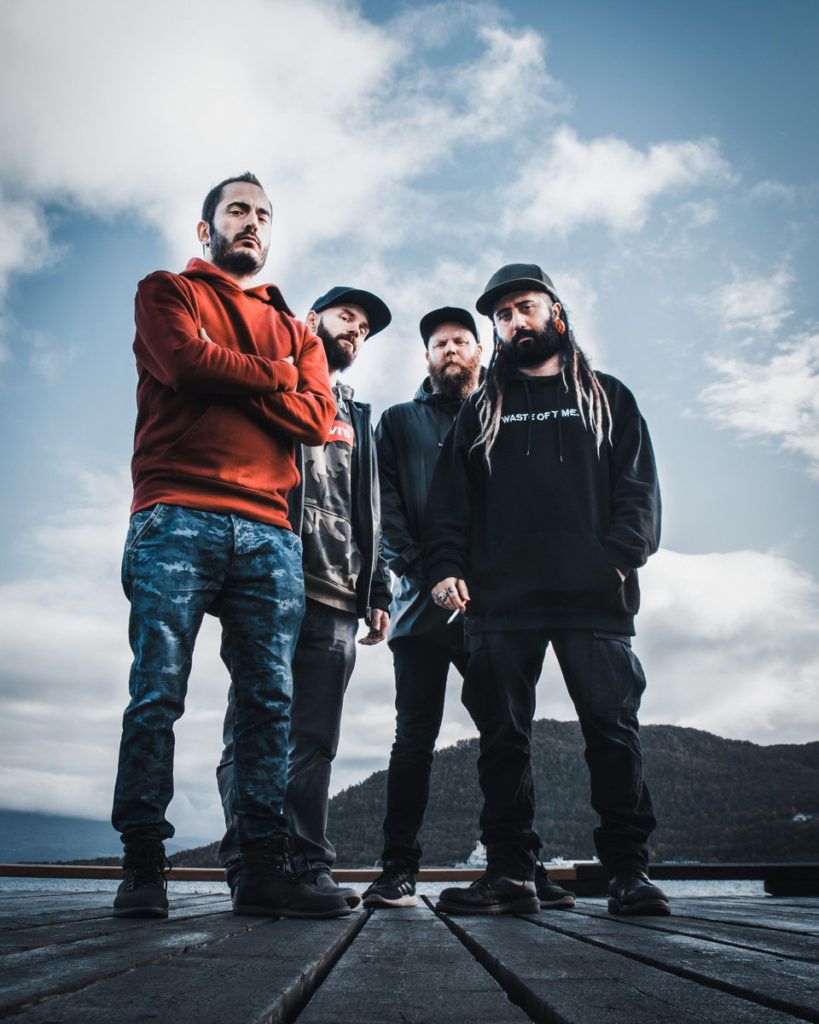