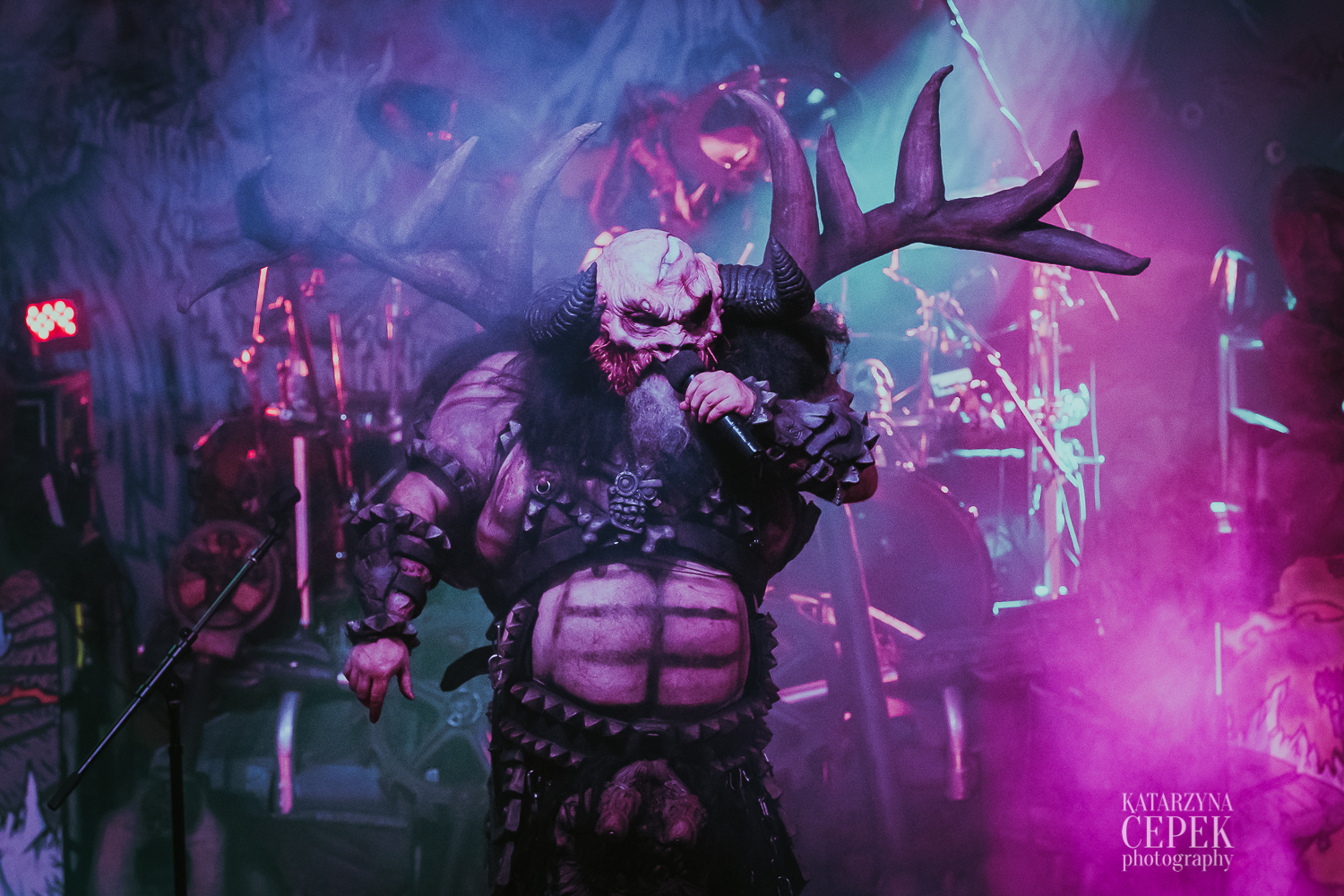 It seems blasphemous, but I recently experienced the wrath of GWAR for the first time! The Virginian (I mean Scumdog…) outfit have been bringing forth violence and despair on this toilet earth since the 80’s. They are currently decimating cities across the nation on the ‘Gore, Core Metal and More’ Tour, and brought with them an array of bands, including Hatebreed, and Miss May I.

Ringworm was the only one on this bill I wasn’t familiar with (at least in name) They made their presence known, especially as the first band to go on. They brought an old school hardcore groove with them and doused it with dingy doom and frantic thrash. Little did I know they are themselves old school! Releasing their first demo in 91’ (first full length in 93’), the Ohioans’ are no strangers to the stage. Their performance was swift but solid.

As for Miss May I, their set seemed to go on exponentially longer than anyone else’s. The tour’s name seems amended from the original specifically to fit this band on the bill. When I spoke to GWAR’s Pustulus Maximus, he told me that Hatebreed and GWAR shared the bill at the final Warped Tour. Too many why questions in respect to both statements, but I digress. Several of my friends told me I was in for a surprise when this band hit the stage, which somehow heightened my expectations. To be perfectly frank, Miss May I was not only not energetic and unenthusiastic, it reminded me why I have steered so far from the core genre. When each song seemingly bleeds into one another, it’s like a bad dye job: everything is the same except for the parts that stick out that don’t coincide with everything else. These said “parts” refer to the verse sections embedded in breakdowns that seem to be infinite. Personal preference of course, but I’m just not a “core” kind of guy.

Which brings me to Hatebreed. I went into this show never having listened to them, and while they performed a crushing set, it was not my own personal cup of metal. The crowd interaction and response was excellent and I attempted to find elements I liked. Every time the band would play an “old school” tune it was thrashy, and reminded me a lot of Arise era Sepultura… except for Jamey Jasta’s vocals. Maybe it’s the thrash influence mixed with their nu metal elements. From what I gathered, the Hatebreed catalog has shifted towards a more radio friendly crowd, but has kept a solid fan base regardless.

At last, GWAR invaded. All of my doubts about the band continuing without Oderus Urungus flew out the window midway through the first song, “War on GWAR”.. The theatrics were absurdly breathtaking. The monologues, the skits, the whole shebang. The finite detail placed in this spectacle is magnificent, from every blade to every ball sac.

Getting to hear old school tunes like ‘Maggots’ was of course really cool. The thing that impressed me the most about their performance is all the lore surrounding even the new songs. For instance, the continuance of using the character Sawborg Destructo (who first made an appearance on the Electile Dysfunction ‘08 Tour) in The Blood of Gods. on “The Sordid Soliloquy of Sawborg Destructo”. The band clearly still cares about keeping the spirit alive, and I have no doubt we are in store for something exciting on this upcoming album.

The intensity of blood-spewing mayhem was rivaled only by the onslaught of sonic bedlam which included the entirety of The Blood of Gods album, along with choice classics like “Saddam a Go-Go,” “Sick of You,” and “Womb with a View”.

Never have I walked away from a performance feeling this way. Ringworm had me fired up, but after listening to Miss May I, my expectations of the night dwindled. Hatebreed, for me was a mixed bag. In the end, GWAR saved (or destroyed, depending on how you look at it) the night. Not all tour lineups are matches made in Hades, and going forth in my endeavors I will remember this show.