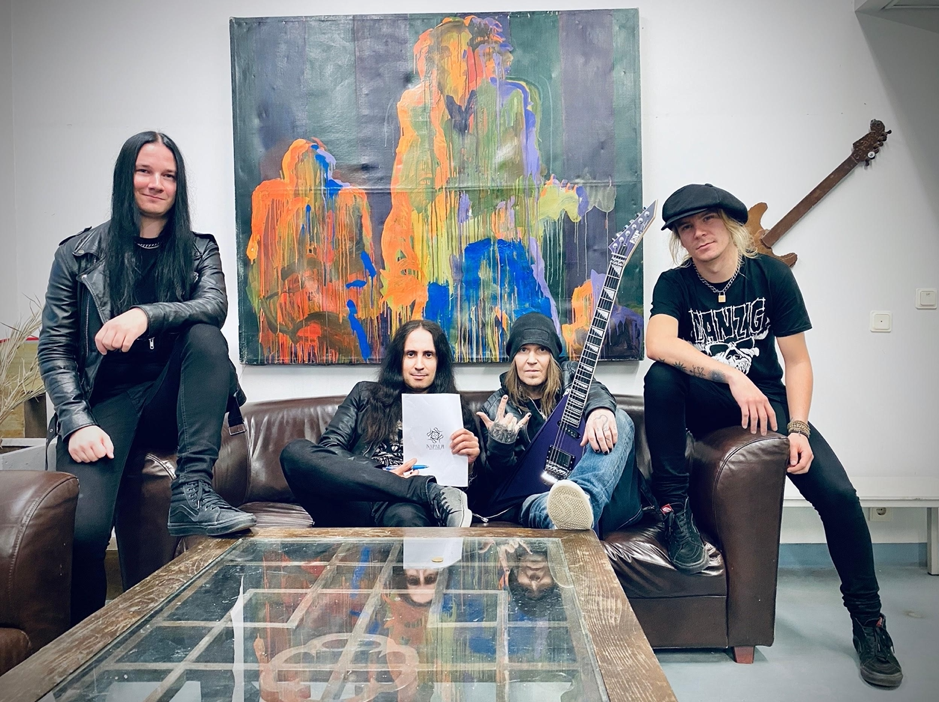 A new chapter in the heavy vortex of uncompromising metal: Welcome to the Napalm family, BODOM AFTER MIDNIGHT! Featuring former members of Children Of Bodom,  Bodom After Midnight have signed an official worldwide (excl. Japan) contract with premier Austrian rock and metal label Napalm Records and they announced this week via Facebook they have finished recording new music.

“We are far beyond thrilled to start working with Napalm Records. We feel that they can provide the best possible temple for a boulder called Bodom After Midnight to roll over all the archeologists who claim that metal music is on the brink of extinction. Since the world is more or less in a stand still state right now, we are spending all the time we’d normally spend on the road making new music. Our new family at Napalm is giving us the liberty to make music that you can bang your head to very soon.”

“Welcome Bodom After Midnight. I have been following the career of Alexi Laiho since the first COB albums and have always been a huge fan. It’s needless to say that we are delighted to finally work with such a talent and we cannot wait for the first bits of music to be unleashed to the metal world. This will be BIG!”

Bodom After Midnight are currently working on some exciting new tunes and have entered their studio to record new material. Prepare for a new metal era! More to come soon …

Bodom After Midnight on their plans for 2021:

“As most of our gigs and touring plans for 2020 got cancelled, meanwhile we’ve been working hard on our upcoming full-length album that’s supposed to see the light of the day in late 2021. To make the wait a little easier we want to give a treat to our fans and announce that we’ve just finished the recordings for two brand new bone-crushing and neck-breaking BODOM AFTER MIDNIGHT songs! Needless to say we’re absolutely thrilled about this and we can guarantee there’s killer stuff coming up your way! Cheers and stay tuned for more info!”