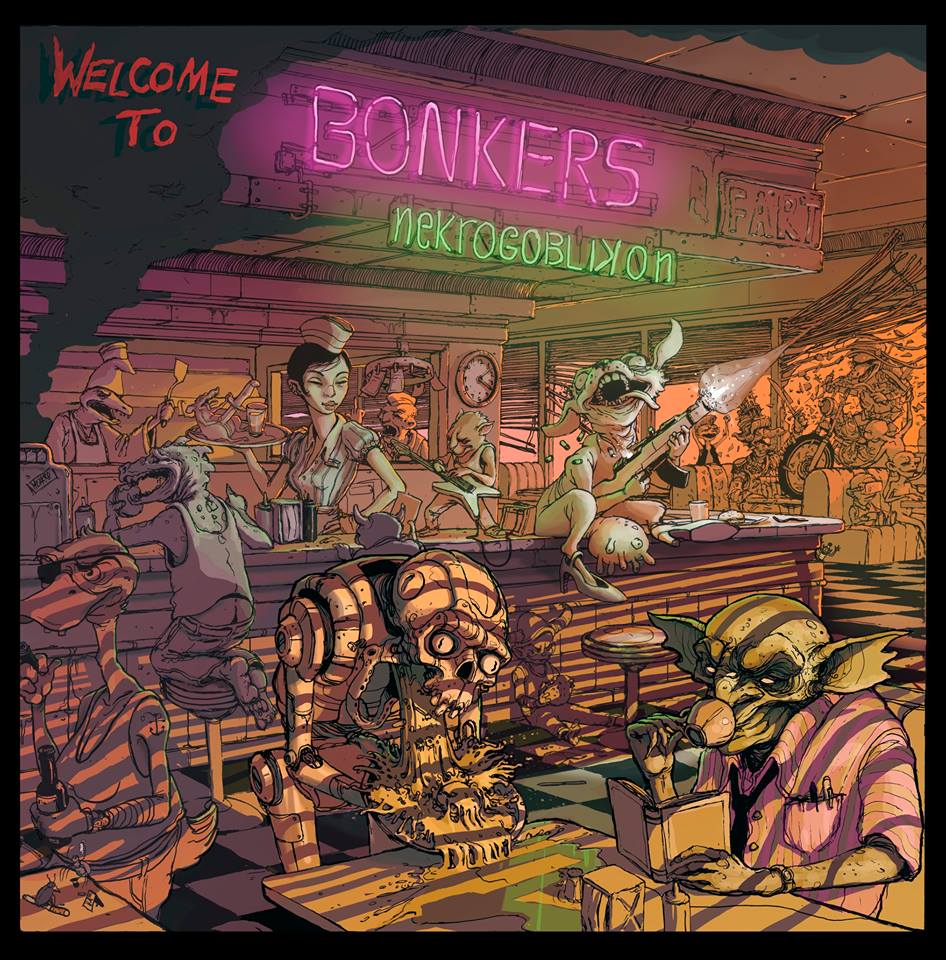 Do you want to be highly entertained while thoroughly enjoying good music? Look no further. Nekrogoblikon, is something I am not sure how to explain. Good isn’t a powerful enough word, great is a little closer, but it is more than that. It is metal, raw, pure, fun, and entertaining. Some bands cannot get away with the theatrical tactics and still be considered a talented band, these guys are killing it both.

A favorite among the addictively stand out tracks is, “The Magic Spider” which seems to have wormed its way into people’s brain and is making a forever home. Many have claimed to wake up with it playing in their head over and over. You will see why when you hear it. It starts with catchy piano chords and begins with a fun lyrical tune that will immediately have you smiling and tapping along. Then it quickly breaks into a more metal riffage and raw screams. The balance between these two make it obvious why it is quickly becoming so popular.

“Dressed as Goblins” starts with in your face metal and continues with melodic guitar riffs as Nicky continues to growl his lyrics. If you like heavy break downs and epic guitar solos, this song delivers. “Dragons” begins with a video game like sound. You will start to feel like you were beamed into an 80’s arcade. The whole song felt like I was on an epic Zelda journey, fighting, well goblins. It even has an almost Scottish sound in some parts. I enjoyed this one a lot. Lyrically it is hilarious. Definitely worth a listen. “Goblins” begins with the piano soothing your soul with soft and sweet lyrics about, you guessed it, goblins. It feels like an 80’s rock song, then it moves into an appealing riff. This song is ridiculously catchy. If you don’t like the metal screams or heavy riffs, this one is your song. I can see this easily becoming an anthem for Nekrogoblikon. I pictured a whole crowd belting this song out singing, “I still believe in goblins!”

Welcome to Bonkers has already made it onto my constant playlist. It is very well executed and diverse. While this is my first time hearing this band, it will not be my last. I can only imagine how entertaining their live shows must be. Right now, Nekrogoblikon will be touring with the final Vans Warped Tour which kicks off in June. Check out the tour dates and make sure you don’t miss it. Also it is worth watching the YouTube video to see what these guys are all about. It is even more worth a money exchange for this album. I highly recommend it.