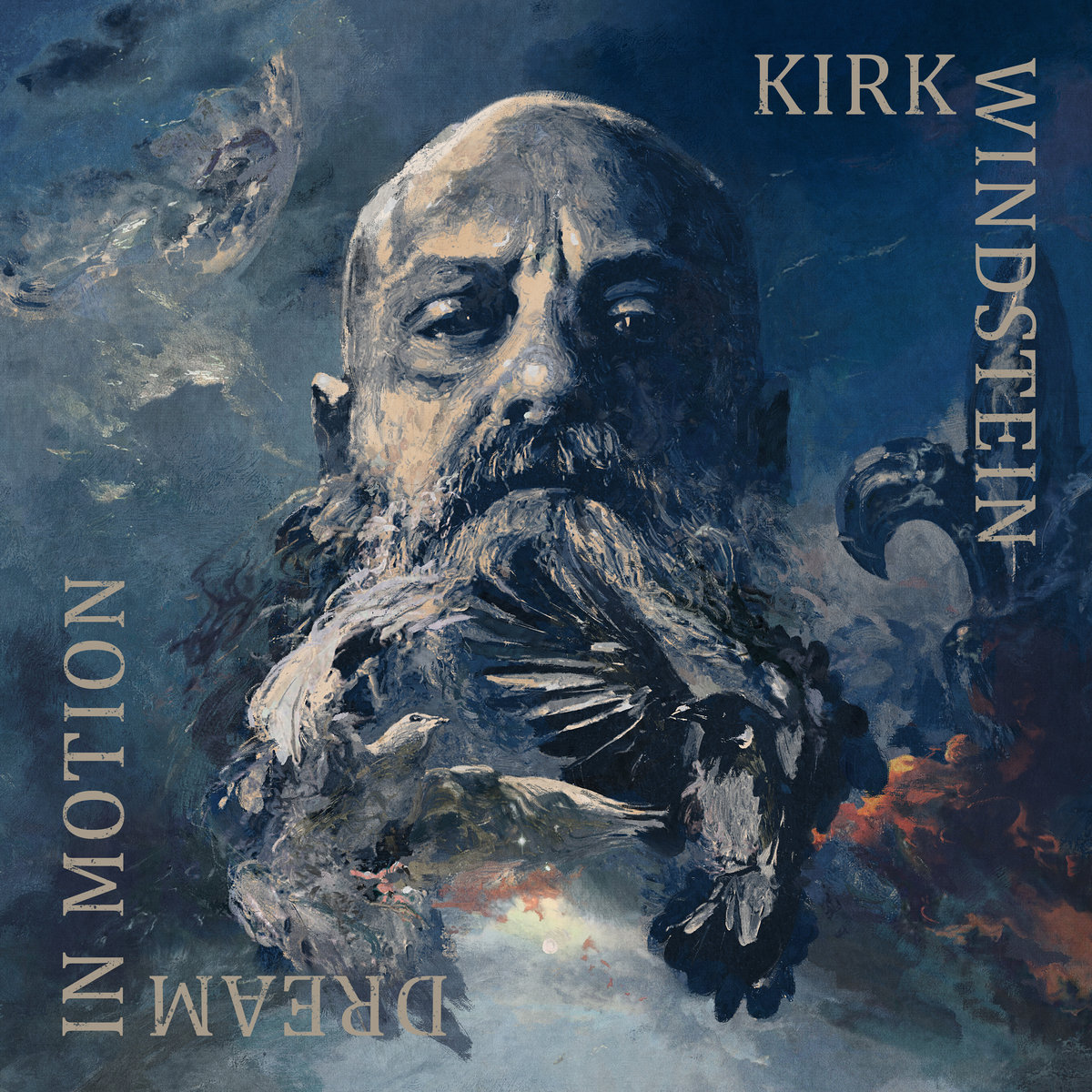 If you’re not already aware of who the fuck Kirk Windstein is, then boy you have A LOT of catching up to do! Kirk is probably best known as one of the guitar players in the Phil Anselmo-fronted supergroup that is Down, playing on all three of their full-length albums alongside Corrosion of Conformity’s Pepper Keenan (another legend in his own right.) Kirk’s primary role in the music industry has been performing as the vocalist, guitarist, front-man, and songwriter for Crowbar, one of the heaviest and most intense bands from the depths of 90’s New Orleans sludge metal scene. In more recent years, he teamed up with Hatebreed front man Jamey Jasta for two Kingdom of Sorrow records. Now almost 30 years into his career he has finally released his first solo album, Dream In Motion.

As a guitarist/songwriter, Kirk Windstein is very obviously a disciple from the school of Black Sabbath. Like Tony Iommi, Kirk is not what one would typically call a “shredder.” Not to say he is incapable of ripping up the frets, he certainly can and has on at least a few songs throughout his career. Kirk’s biggest strength, however, is dealing up some of the most crushingly heavy guitar tones ever recorded. Dream In Motion opens with the title track and within seconds the listener is submerged in this massive, thick guitar tone. Kirk has always employed a sludgy, down-tuned riff style in all of his music, and that signature style remains on display here with a melodic mid-tempo riff that breathes as if it is alive. As a songwriter, Kirk knows not to suffocate his riffs- instead they churn slowly moving air across the room as they pour out of the speakers. The verse progresses into a big, open chorus that would be uplifting if it wasn’t so oppressively heavy. That rolling, thunderous riff style is never more than a minute away on any given Windstein song, so if nothing else he is extremely consistent in that manner.

As a vocalist, Kirk Windstein has what I would call a “utilitarian vocal.” It’s nothing fancy, it just works. He doesn’t have a huge octave range or a lot of dynamic ups and downs. It’s a long, drawn out and gravelly style that works for his aggressive and doomy music. Kirk has found his voice, and just like his guitar, it’s the TONE that matters. Some people will find it to be a very cool flavor, while others might find it lacks that up-front sing-along factor. Even if you don’t love his vocal, they’re mixed down a bit so they’re not annoying and in your face, and you can still enjoy the music otherwise.

One aspect of Kirk’s playing that is often ignored is his clean, melodic guitar lines. He doesn’t employ them a lot, but when he does it is to great effect. On the instrumental track “The Healing,” he builds around a creepy reverb-and-delay drenched guitar line with moments of that signature slow, heavy riffage in between. The contrast of his extremely saturated heavy tones with sorrowful clean tones is just a perfect example of Kirk’s style, and if there is one word to really sum up the feeling of Kirk’s music, I think sorrowful is the most appropriate… which is probably why Kingdom of Sorrow was a great name for the two album’s he did with Jasta.

As this is a Kirk Windstein solo album, it makes sense to put most this review’s emphasis on Kirk himself, but that is not a knock on the bass and drum performances. Windstein actually handles the bass work himself, and Duane Simoneaux handled drum and keyboard duties. There are some moments within the songwriting where they get to shine, but there’s nothing extremely brilliant about them either. They’re there simply to support songs, and that’s all there is to it.

The album closes with a cover of Jethro Tull’s biggest hit, “Aqualung.” On the surface, this may seem like an odd choice for the kind of music Windstein plays, but if you know a bit of Kirk’s history, it’s really not so out of place. Crowbar did Led Zeppelin’s “No Quarter” about a quarter century ago, and it’s certainly no stranger than their cover of Gary Wright’s “Dream Weaver.” It’s a bit of a missed opportunity that he couldn’t put “Dream Weaver” here on Dream In Motion! However, the great thing about including “Aqualung” is that it ends the album on a somewhat light-hearted note. For as mournful and down-trodden Dream In Motion comes across, this cover reminds the listener that Kirk is having fun with pursuing his musical goals, and that’s an important part of staying passionate about music even 30 years and 18 albums deep into a career.

Overall, Dream In Motion is a good, but not mind-blowingly great record. Because so much of it is down-tempo and sits in the same sonic territory, it doesn’t feel like there was a lot of variance throughout the 45 minutes of play time, nor does it seem like there’s anything all that different from what might appear on a Crowbar album. That being the case, it’s unlikely this album will create a lot of new fans for Kirk, but rather just give his existing fans something new to chew on in between Crowbar albums. If Kirk decides to put out more music as a solo artist, I’d like to hear him expand his musical boundaries a bit more. Maybe draw on that Zeppelin influence and sprinkle in some acoustic passages here and there, or perhaps bring in a guest vocalist for at least a song or two, just to give the music a few more dynamic elements.

Though I don’t see this album getting a lot of repeat listens, I imagine the best time to listen would be when driving a long, empty stretch of road right as the sun sets and transitions into night. Those times when the sky is a pale purplish hue, the street light are on but its still bright enough to see without them and the mind begins to wander toward your own dreams & desires in this life.