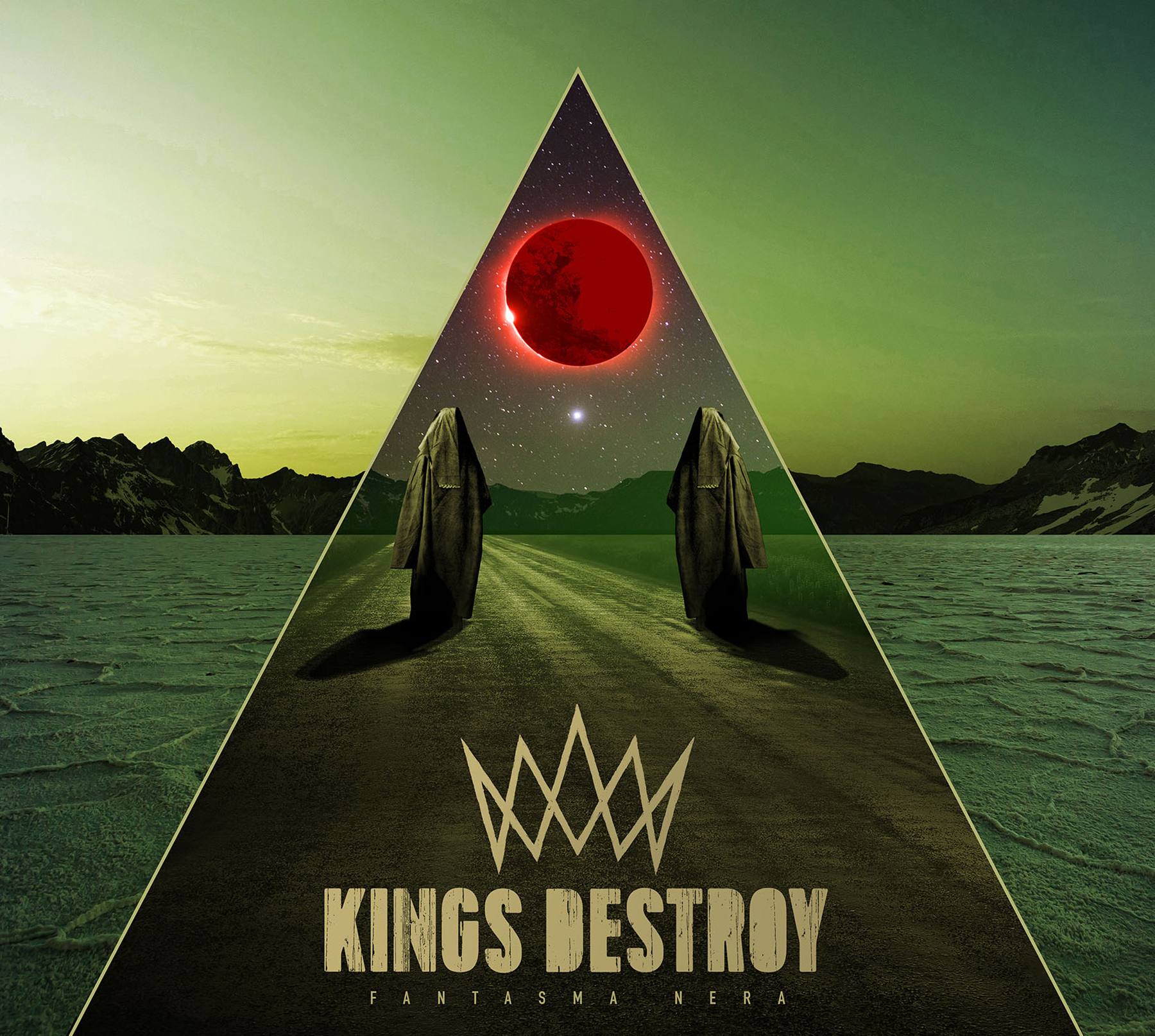 As much as I fancy myself an avid explorer of rock & roll’s vast topography, the truth of the matter is that lately it seems like I have a tendency to stay with what I know.  I guess I’m at a stage where the sheer volume of music available is a little overwhelming, and there are ever growing swaths of time where I just don’t feel like I have the energy to separate the wheat from chaff.  It’s a phase I’ll break out of, to be sure, but right now I don’t feel like spending a whole lot of time trying to find the next great thing when I can just chill out with one of the literally hundreds of amazing albums I’ve accrued over the years.  Fortunately, I still have a few highly curated sources from which I can cull the occasional gem, the latest of which is a great little record called Fantasma Nera by NYC’s own Kings Destroy.

Reading through King’s Destroy‘s bio, I’m left to speculate that their previous material–with which I am completely unfamiliar–sounded quite a bit different from that which is found on Fantasma Nera, which is another way of saying that if you are looking for some sort of deep dive into this album from the standpoint of how it compares to their previous work, you’ve come to the wrong place.  But nothing about what Kings Destroy does here suffers from a lack of historical context, and the thing that really jumped out to me on the first listen–and a thing that also became more true over subsequent listens–is how incredibly polished, confident, and fully realized this album feels and sounds.  And when I say that I don’t mean that it sounds overproduced and/or over thought–I mean it in sense that every passage, every riff & lick, every note, feels & sounds meticulously crafted by a band who is clearly in lockstep with one another when it comes to songcraft.  Production and mixing duties on Fantasma Nera was handled by David Bottrill who–if you don’t know–produced Tool’s Aenima & Lateralus albums so, yeah, dude really knows his shit, and under his direction the album sounds absolutely amazing through a good pair of headphones. 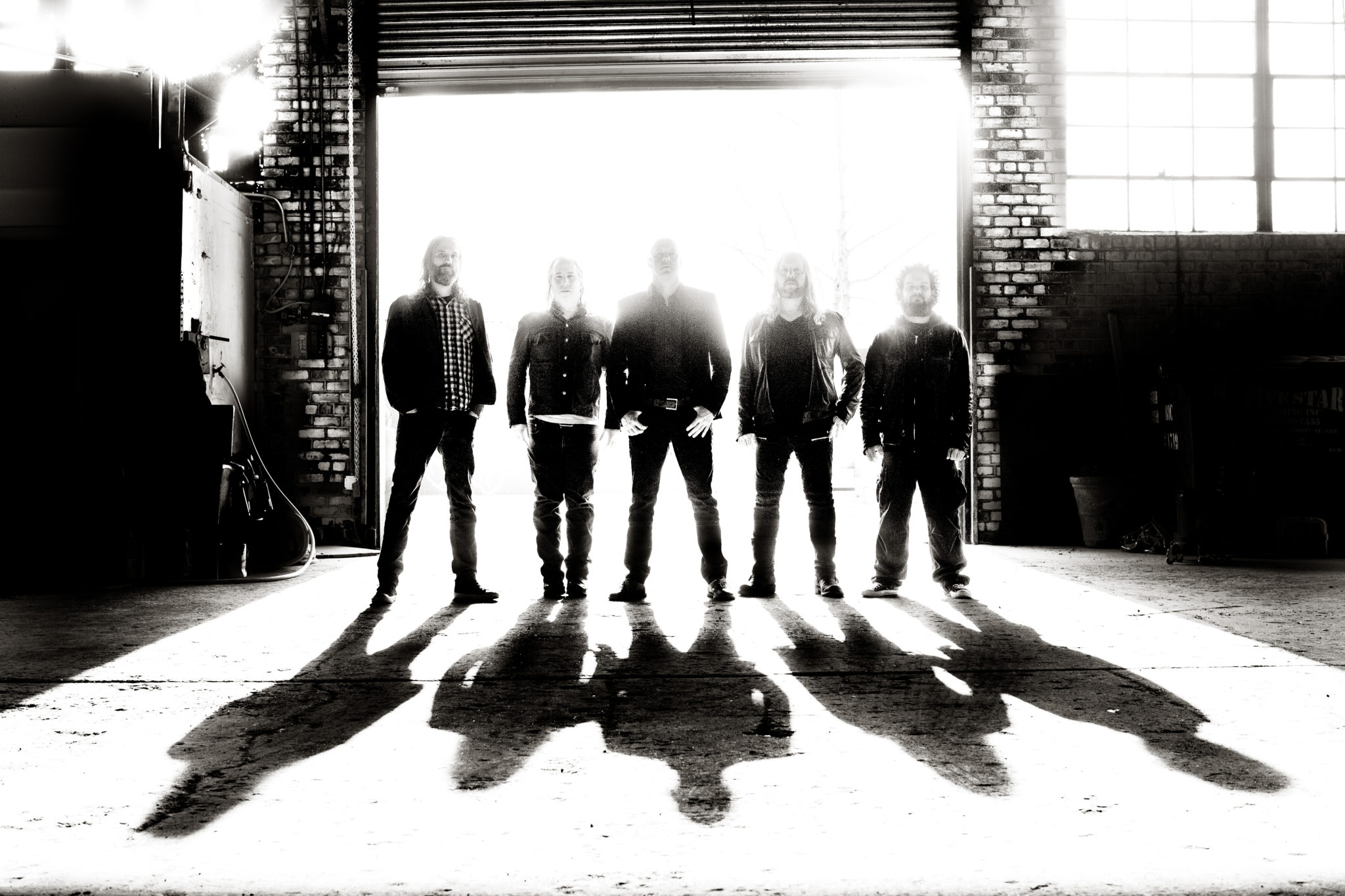 Sonically, this album is very much rooted in the modern era–no retro or garage aesthetics here –with a guitar-forward sound that is warm, bright, and just right.  But as I said before, it’s the songwriting that really stands out here, and this is a record that is just as cohesive as it is diverse. Stylistically, Fantasma Nera runs the gamut without any predilection towards one specific genre.  One minute you’re picking up some strong post-grunge overtones, and the next you’re picking up some NWOBHM vibes (“Barbarosa”) before being hurled headlong into the prog-doom stylings of “Unmake It”. Shoot, there’s even one riff on the album (“Yonkers Ceiling Collapse”) that made me think of a certain scene from The Big Lebowski.  Holding it all together is an exceptional vocal performance from Stephen Murphy. It’s fully a credit to him when I say that there are a number of songs on the album where the vocal delivery was unique enough to make me wonder if any other member of the band is prominently featured, but the album’s credits point only to Murphy in that regard, though it bears mentioning that the album features a number of passages which are punctuated by really great gang vocals.

Rounding out the band is bassist Aaron Bumpus, drummer Rob Sefcik, and guitarists Carl Porcaro & Chris Skowronski–and if you spend any amount of time listening to this album, I’m just going to warn you that a good chunk of it is going to lodge itself deep within your brain because Fantasma Nera is catchy as hell.  Too often in the rock & metal world, particularly outside of the mainstream, catchiness is regarded as a mortal sin but Kings Destroy isn’t here to have that argument, and whether you are a long time fan of the band or a newbie like me, I think you’ll find Fantasma Nera an entertaining listen and well worth your time.