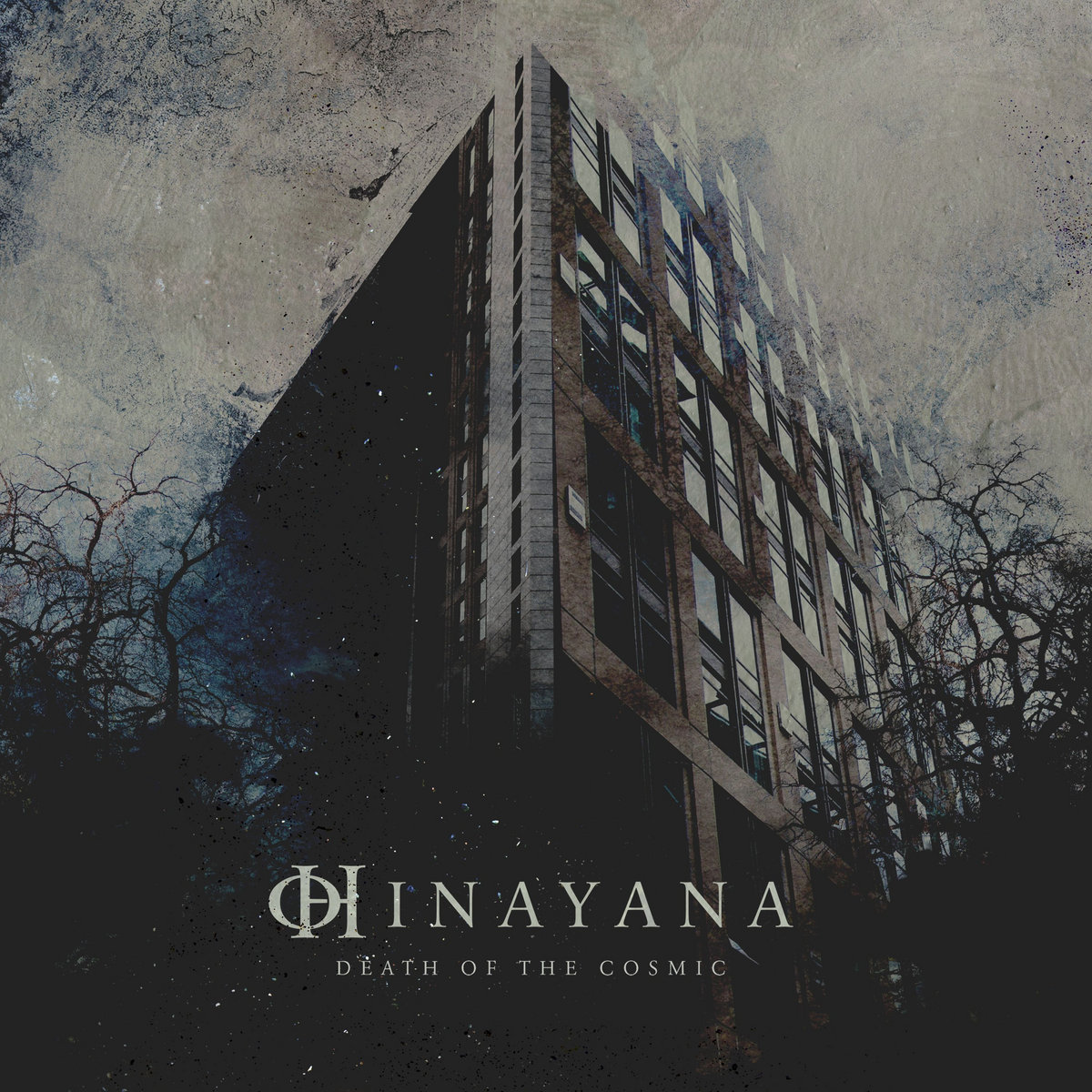 Hinayana – Death of the Cosmic

Prepare yourself, for an incredible journey. It may be a short one, but it is exhilarating. Hinayana has created an emotional EP, Death of the Cosmic, which takes you through many emotions in only 5 tracks. There is an adventure to be had here of extreme ups and downs, in the most delightful way. Every track has a different feel, and emotional outlet that borders on a philosophical underpinning.

Hinayana has had an interesting start. Lone member Casey Hurd began this project with musical aspirations and the desire to have his words out in the open for others to digest. After a demo Endless was released in 2014, he recruited a pack of incredible musicians to join his visual of Hinayana. Talented members: Erik Shtaygrud (guitar), Daniel Vieira (drums), Michael Anstice (keyboard), and Matt Bius (bass) took this vision and amplified it to another dimension. In 2018, Order Divine was released as a full length album.  Death of the Cosmic is the third release as an EP. Adding in some inspiring artists from Tennger Cavalry and Hanging Garden, and you have something beautiful.

“Death of the Cosmic” is the first track on this EP. It is initially soft and soothing and slowly builds into a caveat of harsh vocals and heartfelt lyrics. The keys begin the experience with Anstice starting the pace as Vieira jumps in with a steady drum beat along with Bius keeping the pace at an appealing and catchy riff. “How many years has it been since you’ve forgiven yourself for yesterday”. I love Hurd’s lyrics all throughout this album. The aggressiveness behind the content just drives it home. It is an incredible beginning to this journey you are about to embark upon. Plus, the guitar solo, hits like a shot through the heart, and Shtaygrud’s to blame?

“Cold Conception” has been previously released and holy shit. It drives straight to the veins and holds on. Of course, the late Nature Ganganbaigal (Tennger Cavalry) makes his appearance here, and according to Casey, “He [Nature] ended up taking it into his own hands with his own idea on how he wanted to do it, and the way he did it turned out so much better than what I was even thinking in my head”. It is heart wrenching for many reasons. The song is breathtaking and the loss makes it that much more tragic. “Will they see? Through the shadows beyond the darkest part of me”.  See what I mean with Hurd’s lyrics?

“Yet Here I Wait Forever” is all instrumental and really makes me emotional for some reason. There is some angelic sounds in the background that really dig in. I don’t know if it is the overall feel of the album and how it all plays out, but it really hits a soft part of my soul. Less than 3 minutes of pure instruments, and I am weeping. Hinayana magic.

Fourth track “In Sacred Delusion” is featuring Toni Toivonen (Hanging Garden) and is another gut wrencher. “Dying in a dreamless land to suffer here, and here alone to face a broken future with nothing left, a fate unknown”. The riffs on this song are extremely catchy and almost doomy. It is difficult not to close your eyes and get lost in it. When he screams, “And yet the fire!” I feel a leap in my pulse and a warmth in my soul.

Then we end with “Pitch Black Noise”, far too soon of an end, but just as touching. I love this track, and it could possibly be my favorite. It is challenging to find a favorite in this EP though, it is magnificent all the way through. It is a cataclysmic end to a touching album, “The noise, so deep and black unceasing, undying truth it’s time to go now to sing of dying youth”.

I usually talk about all the musical elements in album reviews, and make no mistake, these musicians are no sleepers. There is an incredible amount of talent in this outfit. I just get really swept away in these lyrics. They hit very deep. Maybe it’s 2020 talking, maybe its Casey hitting an emotional nerve. Either way, I love it. Please take some time to listen to these guys and support them. As I always say, we NEED music right now. Let’s make sure they see how much they are needed and appreciated and keep the music going with our ongoing support.