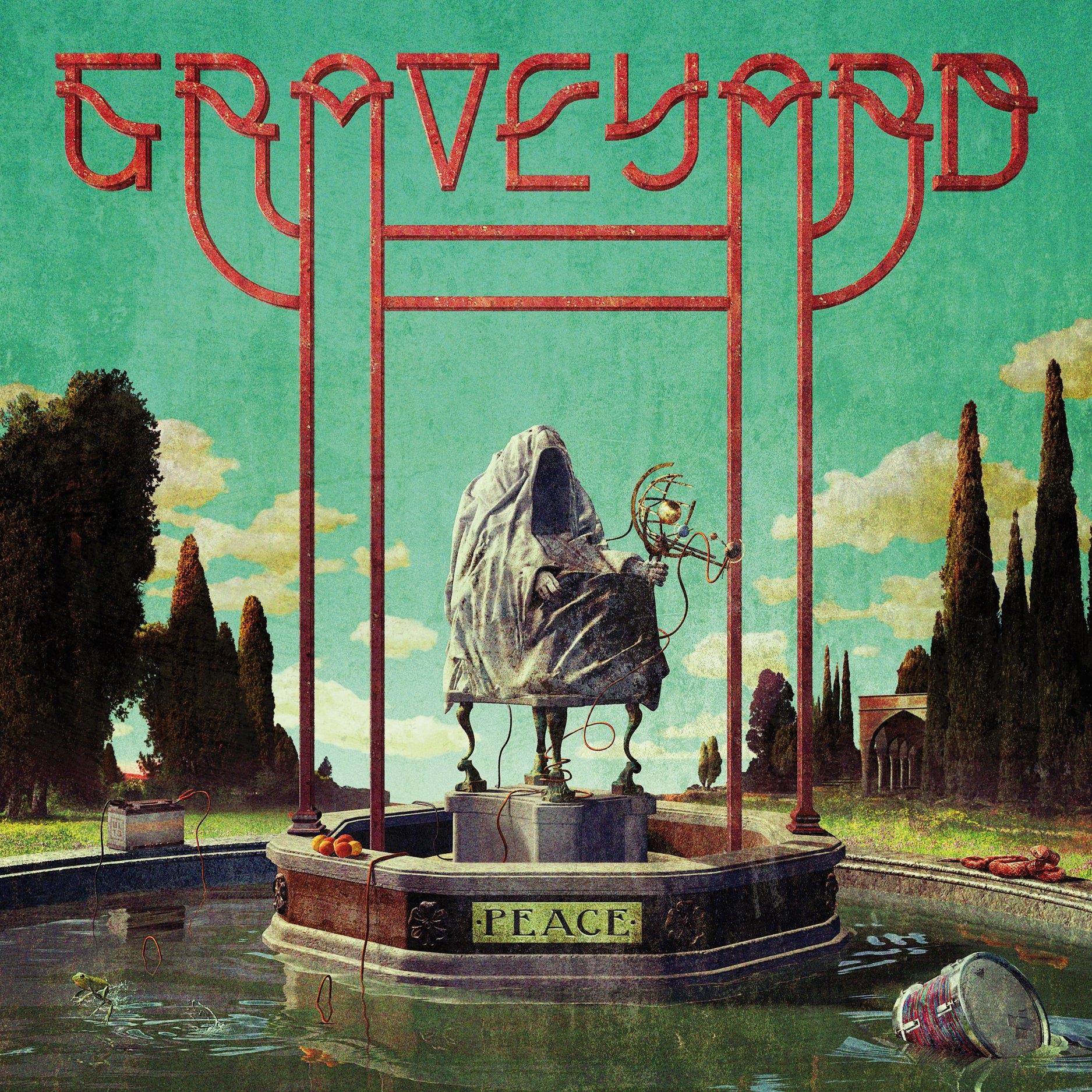 If we were to stack rank all of Metalnation’s writers—top to bottom—from most “metal” to least, I’m fairly certain I’d rank near or at the bottom.  I work in finance, wear my hair in a manner which could charitably be described as “conservative”, don’t have any tattoos or piercings, and I regularly attend Rotary meetings.  Actually, now that I really think about it, probably my most metal attribute is my pasty white skin which is a common trait amongst the metalhead set usually achieved through a combination of head-to-toe black clothing and excessive hair growth—both of which serve to repel the harsh rays of the sun on days where it becomes necessary to venture outdoors (music festivals, animal sacrifices, etc.).  I however—according to my mother—have distant Swedish ancestry to thank for my complexion, which maybe also explains my fascination with Sweden’s vast and rich musical exports.

On the opposite side of that coin, you see the name Graveyard—on the Nuclear Blast label and hailing from Gothenburg—and you’d be forgiven for assuming the band in question culls its sound from the depths of the doom genre and its various subsidiaries.  But you’d be wrong.  Graveyard’s journey began in the mid-to-late 2000’s with a self-titled release on Tee-Pee Records before signing with Nuclear Blast for the release of their landmark sophomore album Hisingen Blues in 2011—and across both efforts the band made clear its ambitions.  Rooted in a classic blues rock sound, with strong neo-psychedelic flourishes, Graveyard sought both the preservation & furtherance of a time-honored sound.  And as they lurched forward with the release of their next 2 albums—2012’s Lights Out and 2015’s Innocence & Decadence, they seemed poised to fully make good on both counts.  That is until internal strife staggered their momentum before derailing them altogether in late 2016.  Thankfully, whatever it was that tripped them up seems to have been remedied as the band is back from maybe one of the shortest breakups in the history of breakups with a fresh release entitled Peace. 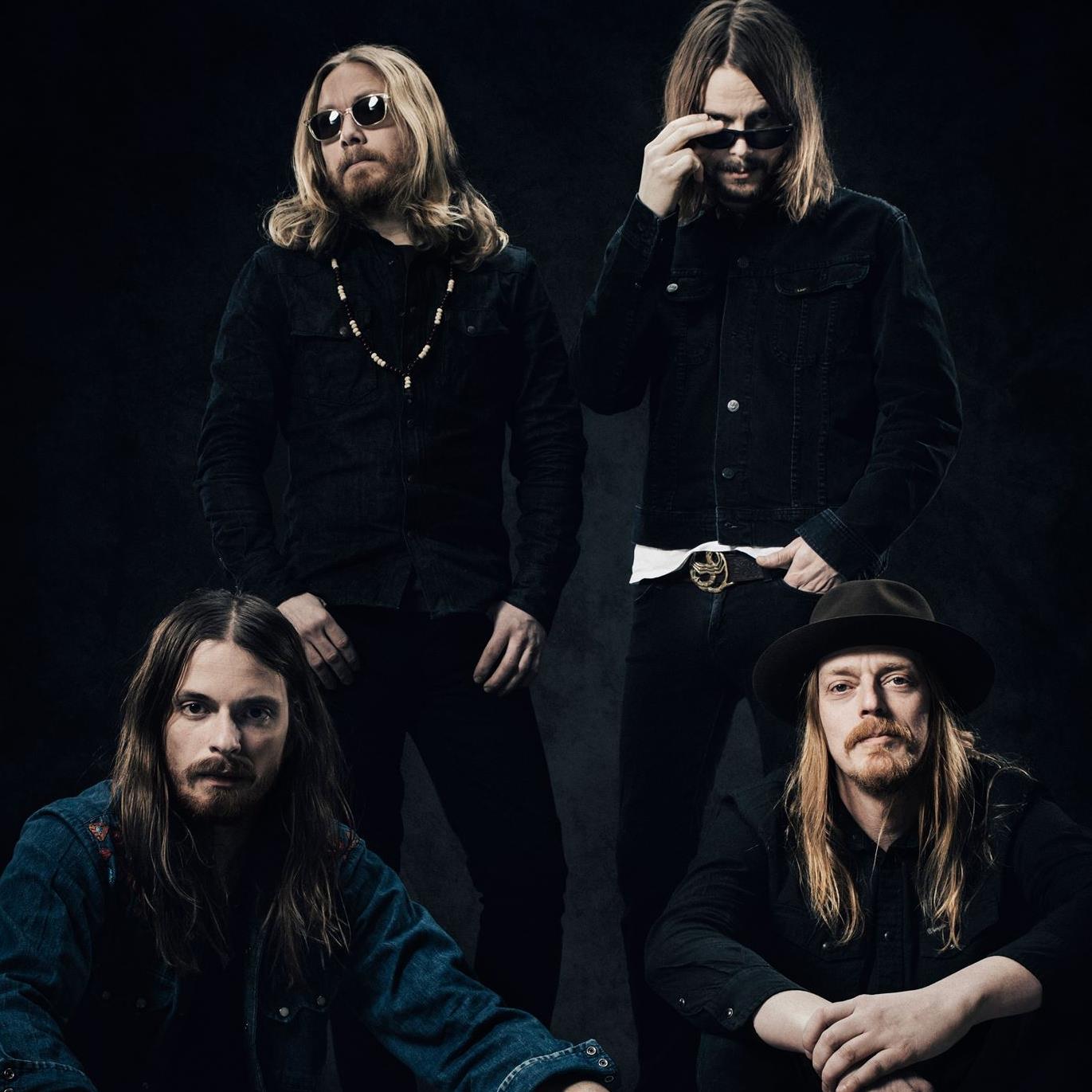 If I were to pick one attribute—one defining characteristic—which sets Graveyard apart from their peers, it would be their ability to effortlessly glide from galloping rock n’ roll to warm & moody balladry multiple times across the length of an album without losing momentum.  Peace certainly sets out to demonstrate this across its 42-minute run time, beginning with the appropriately titled opening track “It Ain’t Over Yet” which finds Graveyard at their perhaps most straight forward, locking into a full-throated roar right out of the gate.  I’ll admit that it gave me pause at first because past Graveyard albums have generally been imbued with a warm, retro-drenched tonality that “It Ain’t Over Yet” seems to lack.  My fears began to ebb as the band downshifted (slightly) into “Cold Love” and dissipated completely less than 10 seconds into the album’s third track, “See the Day”, which is Peace’s most sparse composition.

Graveyard is a relatively straight-forward rock and roll band and, as I alluded to earlier, it’s their ever-shifting sonic proclivities that elevate them above their contemporaries—particularly their affinity for stripping things down to the bare essentials—but it is the gravely warble of Joakim Nilsson which truly pushes them into the stratosphere.  Honestly, Nilsson is hands down my favorite singer of the past 10 years.  Whether he’s wailing away in high gear—flirting with the boundaries of his upper register—or crooning his way through one of the band’s gorgeous slow burns, his voice maintains amazing warmth and vulnerability.  The rest of Graveyard generally deliver spot on performances as well.  New drummer/percussionist Oskar Bergenheim hammers the skins when he needs to but sounds just as comfortable deftly working the brushes when things slow down.  Jonatan Lo Rocca Ramm who is—along with Nilsson—responsible for Graveyard’s guitar sound, peppers the album with just the right amount of jangle and trill to augment the band’s righteous groove while bassist Truls Mörck serves as Graveyard’s change-up artist when he handles lead vocals on two of Peace’s 10 tracks.

I have only two minor issues with Peace, the first being that it at times seems disjointed.  It never lags, per se, but the pacing feels slightly off which is notable given how well Graveyard’s previous albums flow from front to back.  Second, Graveyard don’t really break any new ground here which, really, isn’t a huge surprise given who they are as a band.  All of that said, Peace feels like a culmination of everything they’ve done to this point and is without a doubt a worthy addition to Graveyard’s exceptional discography.  It’s definitely worth a listen whether you’re a long time fan or just now discovering them, and the cool thing about Graveyard‘s timeless sound is that this is the sort of album you could listen to with your old man, while at the same time blowing the still-developing mind of your kid brother.  Me personally?  Well, I take comfort in the fact that amidst the haze and fog of the ever expanding genresphere—perhaps at the very center of it—Graveyard are once again shambling to and fro, casting the light of their lantern upon the fringes of a realm in which time stands still.