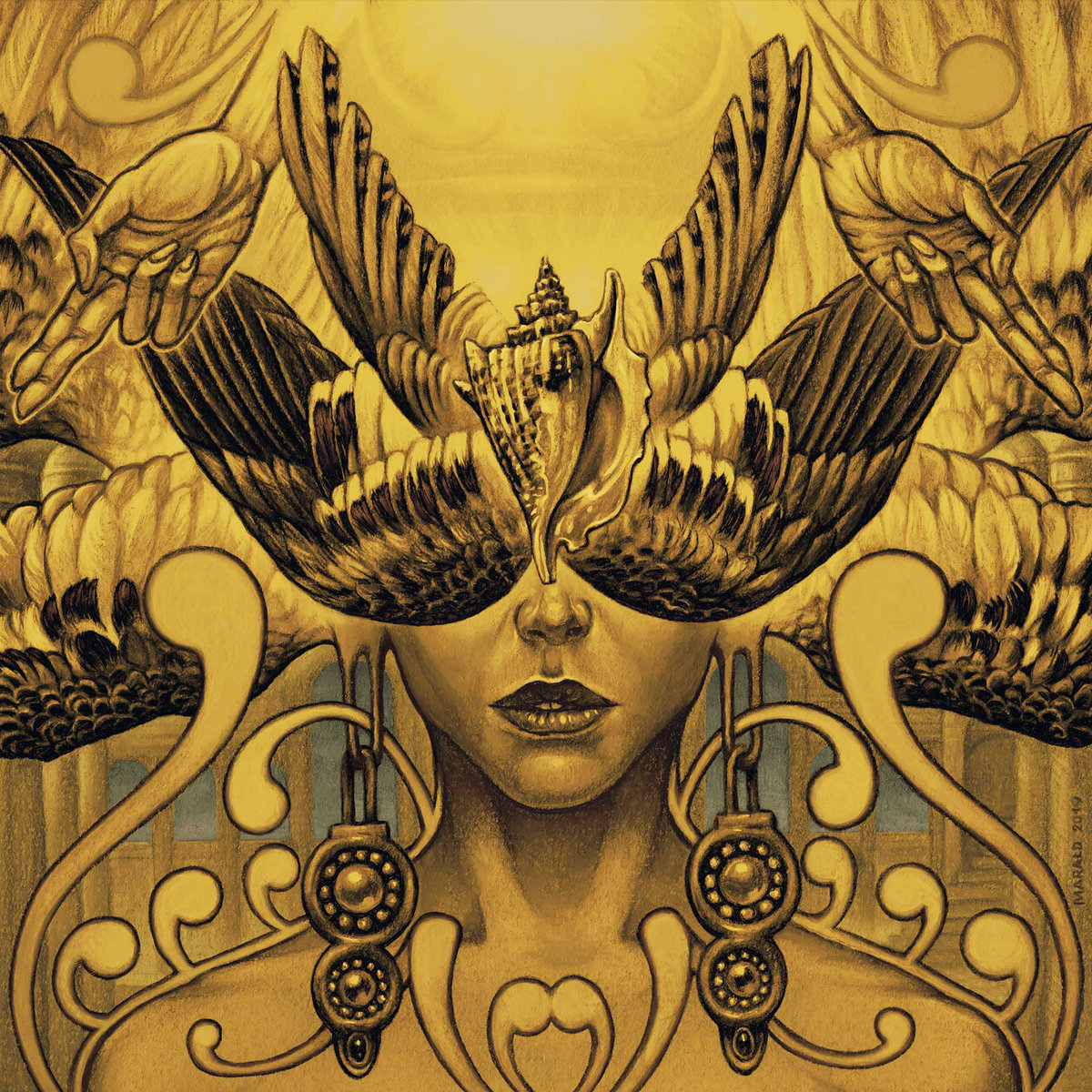 Certainly they aren’t the only band one could say this of, but 2020 definitely should have been the year that saw Edinburgh, Scotland’s Dvne (pronounced “dune”) smash all remaining barriers standing between them and whatever qualifies as stardom in the heavy underground. After EP releases for Vagrant Recordings in 2013 (Progenitor) and 2014 (Aurora Majesty), Dvne kicked things up about 10 notches with the 2017 release of their jaw dropping debut LP Asheran, which found them combining elements of stoner, post, prog, and doom with Mastodonian aplomb. Major tour stops at Desertfest and Psycho Las Vegas would soon follow, and as news began to percolate that the band was working on their 2nd full- length, they inked a deal with the almighty Metal Blade Records in late 2019. The pieces, as they say, were falling into place…and then, well, we all know what happened next.

Over a year later, as we poke our heads out and attempt to assess the scale of the damage, one potential bright spot is the possibility that the music world is set for a banner year due to the sheer amount of pent up energy that exists for artist and fan alike. Based on the ambition demonstrated on their newest record Etemen Ænka, it would appear that Dvne is more than ready to let ‘er rip when the masks come off.

The first thing you should know about Etemen Ænka is that it isn’t the sort of record that is going to reveal itself to you all at once. In the bio that Metal Blade sent over with my promo copy, guitarist/vocalist Victor Vicart is quoted as saying that Etemen Ænka is “a very dense and layered album which will reward multiple listens”. That is a pretty big understatement. What he should have said is that the album outright requires multiple listens. I don’t want to get too far off into the weeds here by comparing Etemen Ænka to Asheran–it wouldn’t be fair to the band–but whereas I was instantly captivated by Asheran and remain so to this day, I’m feeling like it is going to take me a good while to get into Etemen Ænka. Stylistically, the albums share a common bloodline. Both very clearly hint at an overarching plot or concept, and they are paced almost identically.

So what has changed then? I cannot say for certain, but if I were to hazard a guess, I would say that it feels like Etemen Ænka is much more deliberate and labored over, and I’m not entirely sure that is a good thing. The weight of expectation can be a real bitch. Also, concept albums are tricky. Some work, some don’t. By their very nature, concept albums are the product of over-thinking and second-guessing everything that they are comprised of. Crafting a sonic narrative that spans over an hour but also one that is cohesive and compelling is a challenge such that most bands don’t even bother to attempt it. But Dvne isn’t an ordinary band, and despite the fact that this review is probably starting to make it sound like I didn’t enjoy this album, I very much respect what they are doing here and I most certainly do enjoy listening to it when I’m in the right mood. I just wish it sounded more urgent and direct.

On Ahseran, Dvne somehow made their undeniable technical prowess sound almost effortless, deftly navigating the space between indulgence and simplicity, which made the album’s hour-long run time seem much shorter than it actually was. Etemen Ænka, on the other hand, feels like it spends much of its runtime building towards payoffs that aren’t fully realized. Grandiosity for the sake of it–if you will–and a little bit claustrophobic. I can hear some really great songs in there, but a lot of them feel lost in the massive swell of noise the band is peddling here. Sure, there are exceptions. “Court of the Matriarch” is one of the album’s highlights, demonstrating Dvne’s ability to both pummel with percussive riffage while also coloring their compositions with ethereal lead guitar and keys. “Si-XIV” is another bright spot, and features the album’s most cathartic and brutal collection of riffs. And I’d be remiss to not mention “Asphodel”, which is a beautiful lullaby of a song which guides the album towards its conclusion thanks to the angelic voice of guest vocalist Lissa Robertson. On the whole though, I’m left feeling like there are maybe a few too many ideas at work here.

Etemen Ænka is by no means a failure. And given how fried my poor brain feels these days, maybe it’s
just that I’m lacking the attention span to pull things apart and fully appreciate them the way I should. I
wanted this album to blow my mind the way Asheran did on the first listen, and it didn’t do that for
whatever reason. This is a sprawling and complex work, and it is entirely likely that this album will
continue to grow on me. That’s sometimes how albums like Etemen Ænka work. And that’s OK.