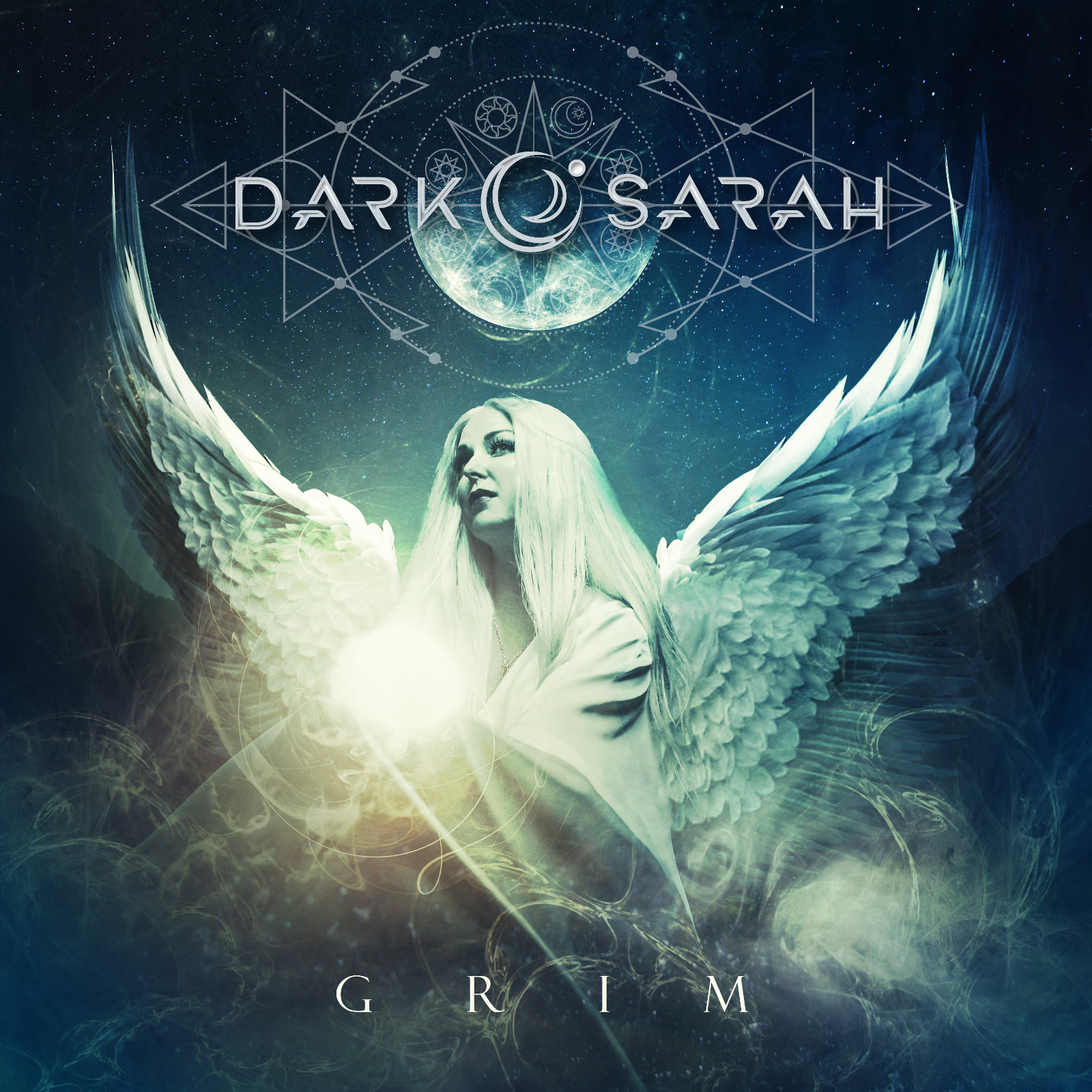 What a dynamic shift in perspectives for me. Dark Sarah is completely out of my wheelhouse of music reviews. When approached about interviews and given one track by each artist I was able to choose from, Dark Sarah stole the show, in many ways. How this occurred is more personal than I will let on, but I was sold moment by moment as I researched more about this album and this band. The theatrical operatic melodic metal opens a new gateway for me, and the story telling is the icing on the cake. Grim is beautiful, heartbreaking, and a soundscape for a magical land I long to be a part of.

Dark Sarah’s enchanting members are: Heidi Parviainen (vocals), Sami-Petri Salonen (guitar),  Erkka Korhonen (guitar), Rude Rothstén (bass), and Thomas Tunkkari (drums). They originated in Finland in 2012 and have released a chronicles consisting of three albums, Behind the Black Veil (2013), The Puzzle (2016), and Golden Moth (2018). Grim is their fourth release with a new story and new characters, or are they? The story links elegantly to its predecessors and I am now fully invested in what will happen next album. Yes, I already want the next one.

The album begins with track, “My Name is Luna”, and introduces the new antagonist. You hear a moth-like sound as Dark Sarah makes her transformation in a beautiful meadow like soundscape. The Dragon/wolf howls in the background. Synthesizers gain momentum as Heidi begins to tell the story of Luna. There is a confidence and assurance in her voice that makes it easy to be lured in right away.

“The Chosen One” begins heavier and jumps right in. It sounds like the rebirth of Luna as Gaia calls her to “open your eyes!” It has an 80’s sounding synthesizer, which is a fun musical shift. Parviainen’s vocals are breathtaking as she belts out “Aaaa Gaia!” Luna learns her fate of being “the chosen one”. “Illuminate” has been recently released and starts with a great riff that quickly shifts to a synthesizer. This is the blue orb that helps Luna remember her past memories as Dark Sarah. It is a very important part of the story to bridge what is to come.

“Melencholia” has also been released and is one of my favorites on the album. The heavy riffs reel this metalhead in. It almost feels like a Phantom of the Opera style. I have listened to this song many times and it gets stuck in my head constantly. It is a very emotional song that makes you feel sadness of what Dark Sarah’s memories are doing to Luna. “I truly feel I’m in a different time”, hits me on a deep level every time.

“Iceheart” is just as you think it would sound. Enchanting, sorrowful, brilliant. I picture little fairies flying around Luna as she bemoans the lyrics painfully. “La Foile Verte” is another favorite. It is whimsical and comical. Luna comes across a green orb and realizes its seductive nature. She decides to steal this orb to help the people of Grim get out of the grips of the antagonist Mörk. It has a circus style of music that escalates to a music box type sound. Yet it is powerful and dark.

“The Wolf and The Maiden” brings the dragon back to the story as a wolf. This heavy beginning creates a dangerous environment. There is another Phantom of the Opera feel, especially with JP Leppaluoto returning to sing the secondary vocals and come in and harmonize with Heidi. It is a wonderful link to the two characters fans have grown to love in the chronicles.

“The Hex” has a quick and almost thrashy musical composition with complementing synthesizers. I believe this song is Luna using the orb to let the people of Grim know they can come out to help her fight. It is almost like she is convincing herself that this is the right thing to do, hexing them. There is a guitar solo in this song, which really appeased my guitar loving ears. The galloping riffs after that with the haunting vocals completes this song magically.

“All Ears” has be previously released. This is another song that gets stuck in my head frequently. The story behind what is happening only makes it more spellbinding. Luna calls the people of Grim to join her and march to Devil’s Peak to fight Mörk. “Welcome, join the coven, it’s time to step in line”. This is a mythical and captivating track. It is easy to get swept up in it and want to join in. Damn green orb is powerful. This is the first time you hear the antagonist Mörk (Jasse Jatala).

“The Devil’s Peak” is an eerie, harrowing, yet alluring sound with a comfortable composition that fits the mood. I really enjoy the musical composition in this track. It sounds like Luna is calling out to souls that were captured at the Devil’s peak to go to the light and get to the other side. After they have all left, she burns the place. I could be wrong, but that is my take on what is happening.

“Mörk” this one is my number one favorite on this album. It is heavy, yet it has brief changes in the musical style to an, almost saloon type sound then jumps back to heavy. Luna and Mörk argue about their positions in Grim and what their purposes are. It is a fun back and forth that is where Luna states “you can’t steal my power because my heart is ice”. Then the “ghosts” join in and harmonize “we all need to have something to believe in”. It is an incredible song that brings the story to a head. The guitar solo in this one is stellar and impressive.

“The Dark Throne” is where the album ends. You feel a dramatic shift in Luna’s personality. She takes the throne and wears the “crown” and sounds almost arrogant about it. It will be interesting what happens the next album with Luna.

You need to take time with Grim to not only thoroughly feel the musical components, but to consume the storytelling. It is an astonishingly well done album that compliments and continues the chronicles of Dark Sarah. You become a part of the story and escape the woes of the world in its grip. It is not one to miss.