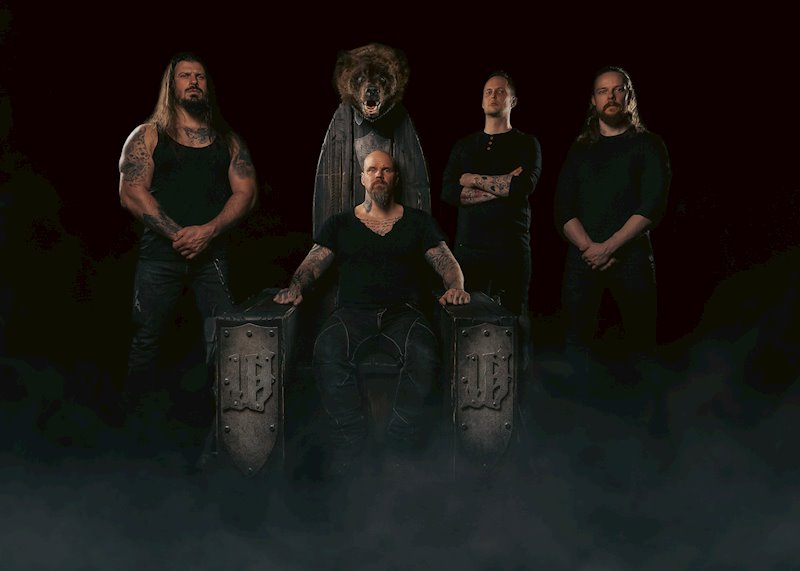 Be still my beating Wolfheart, King of the North is a breathtaking album and one of their best thus far. It will be released on September 16th, 2022 via Napalm Records. The album is full of so much emotion and heartfelt storytelling. It is no secret, Tuomas has carved his way into my metal heart with the musical genius composition. He continually presents perfection to the world, and my fate is sealed with this one. Saukkonen’s harsh vocals are complimented with Silvonen and Karzis’s cleans as Kauppinen’s drum beats hammer into your soul.

Wolfheart‘s wolfpack resides in Finland and consists of: Tuomas Saukkonen (vocals, guitar), Joonas Kauppinen (drums), Lauri Silvonen (vocals, bass), and Vagelis Karzi (vocals, guitar). The soundscape of King of the North is one of the most breathtaking with melodic harmonies, intense drum accents, soaring guitar riffs, and foundational bass paces. On track two, “Ancestor”, Wolfheart brought in Killswitch Engage vocalist, Jesse Leach and the matchup is rather heavenly. More perfect than one could imagine. Karl Sanders of Nile has also presented on track “Cold Flame” which completely demands your ears to listen with all the attention. It is a flawless album.

Tuomas was wonderful to sit down with Metal Nation and discuss this release. If  you are reading from your phone, scroll down to the red text “View Desktop Version” to see and listen to video interview and music videos.