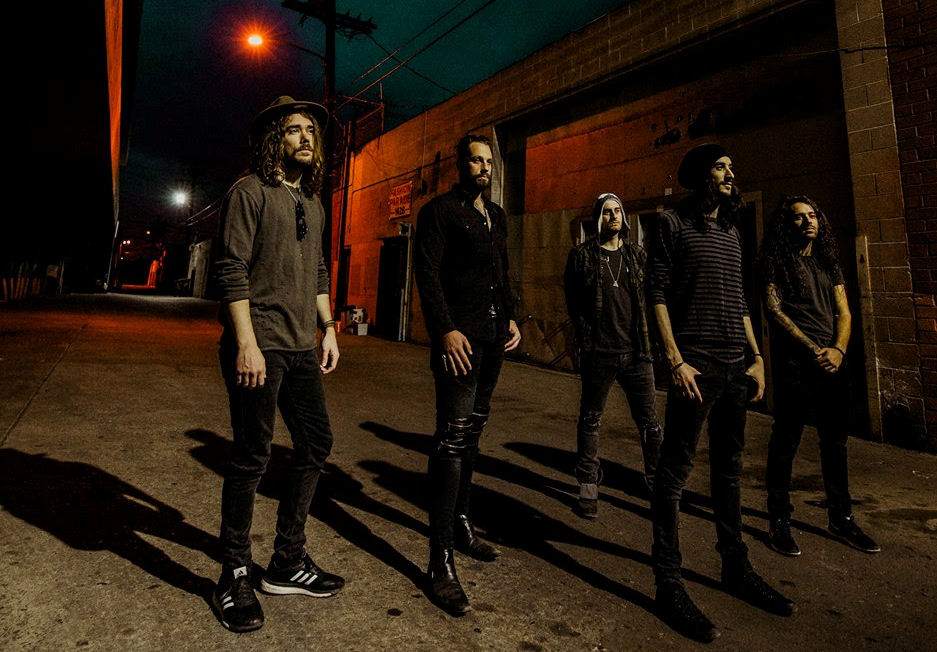 Following the explosion of “Alive?” (the bands 1st single off their sophomore, self-titled EP due in time for Xmas) onto the national and international rock scene (topping the Triple J Unearthed charts for two consecutive weeks, picked up by over 40 college radio stations in the USA, and scoring the band an international agency deal with TKO), Bad Moon Born are launching a music video in support of their second single, “Witch Trials”, which has already been added to Spotify’s New Noise (292k followers) and Riffs (64k followers) playlists.

The upcoming EP was produced at both Eldorado and Sphere studios (LA) by Kato Khandwala and engineered by the legendary Phil English. “Witch Trials” is the second single off the EP  which is scheduled for Jan 2019 release.

Kato tragically passed away shortly after completing production, leaving this EP as one of his final bodies of music in a stellar career that has included the likes of Blondie, The Pretty Reckless, Pop Evil, My Chemical Romance, Paramore to name a few.

Hailing from the Sydney, Australia rock scene, Bad Moon Born are an undeniably talented up and coming five-piece heavy rock band with a captivating sound that is self-described as “girth rock”. They are a new wave of hard rock, with influences from Guns ‘N’ Roses, Alter Bridge, Avenged Sevenfold and Audioslave.

Bad Moon Born will be the main support behind international rock powerhouses Skid Row on their Australian tour later this month. Earlier this year, the boys also supported international rock acts Theory of a Deadman and Hardcore Superstar, building an amazing rapport with the bands as well as their fanbases on both tours.

We live in a world of perpetual offence. In a digital age, no matter what you believe in, there is always a group at the ready to put you on trial for holding those beliefs.” – Bad Moon Born

Also check out the video for the first single ‘Alive?’, here:

Continue Reading
Bad Moon Born
0
Share FacebookTwitterGoogle+ReddItWhatsAppPinterestEmail
Subscribe to our Newsletter
Sign up here to get the latest news, reviews and updates delivered directly to your inbox.
You can unsubscribe at any time