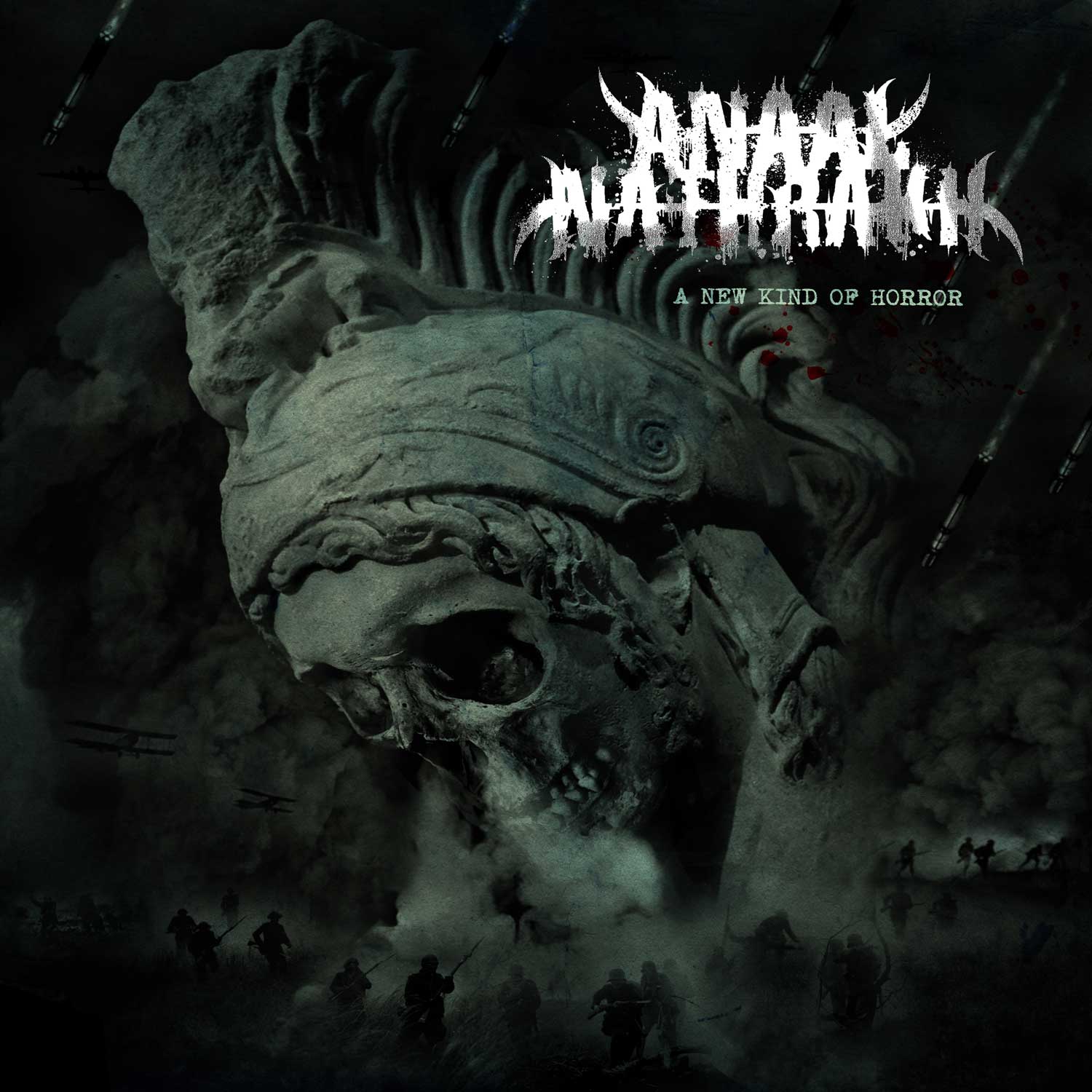 Anaal Nathrakh is a very special band. Simply two talented guys, David Hunt and Mick Kinney, making some absolutely insane music. Most easily described as music for the apocalypse, Anaal Nathrakh is not for the faint of heart. A New Kind of Horror is the latest in a line of horrifying records. These guys can honestly do no wrong for me. Whatever strange frequency they’re on, I’m right there, too. This music resonates with me on a spiritual level, honestly. So I’ll try not to geek out too much throughout this review as I can get a little too excited about these things.

Overall, the general sense of the record is absolute chaos, in the best way. It is some fucking evil music, but not in the classic Satanic vein. The vibe I’m getting off of it is some Old World, Elder God chaotic evil. I imagine this is the music that is played to Azathoth, the blind, idiot god, while he dreams! This is certainly music fit for the great Lovecraft horrors! Raw, chaotic energy that mostly exists outside our ability to comprehend.

One of the first things you’ll notice is Hunt’s insane vocal range. From the shrillest highs to full on operatic vocals, he nails it all. I think he really is on a level all his own with the dynamic range he’s able to pull off. I was apprehensive about the operatic and King Diamond style vocals, but I’m on board now. It’s such a wildly different sound than you’ll find anywhere else, I absolutely love it.

Something else new, is the machine gun sound effects heard on the track “Forward!” It took me a listen or two before it clicked for me, but I’m down with this new element. The shots and reload click fit in seamlessly with the already bad ass riff. It really adds another unique layer to this band’s sound. Kinney does an incredible job on production and I think it was an artistic risk that paid off in the end.

I remember once describing this band’s sound like trying to drink from a firehose, if the water were also boiling. Somehow, they managed to step the heat up with even meaner riffs and more powerful vocals. Since the band refuses to release lyrics, we can only speculate really about most of what is being screamed, but I do think that “The Apocalypse is About You!” might be a track about us and the apocalypse… Also that “Mother of Satan” might be about Satan. The give away on that track is the repeated screaming of “Satan” that I know my Catholic neighbors will love as much as I do!

All in all, I have two words for this album; fuck yes. Yet again, Anaal Nathrakh brought the sounds of the Void to life and produced another killer album. A New Kind of Horror is all the horrifying noise you’ve come to know and love this band for. As they’ve matured over these last few records, things have only improved. Honestly, this band can do no wrong for me at this point. If we learned nothing from Cryptopsy, even the greatest can fall, but I see nothing but great things ahead for Anaal Nathrakh!

Album Review: BEHEMOTH – I Loved You At Your Darkest