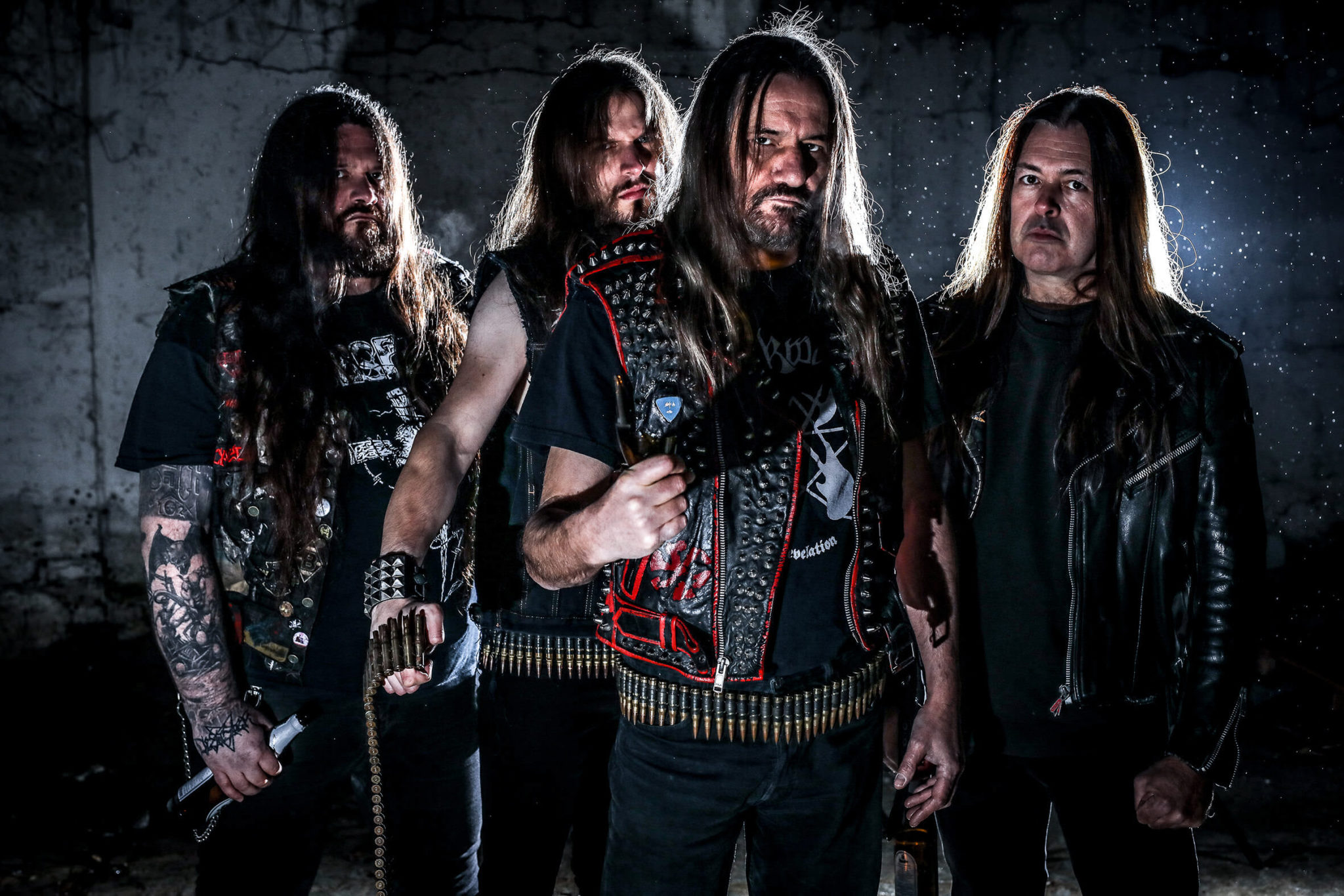 While rumors are still flying thick and fast in the media, Tom Angelripper has already announced the new line-up of his band Sodom: Husky (Asphyx, Desaster) is set to man the drum kit, Frank Blackfire (ex-Sodom, ex-Kreator, Frank Blackfire, Assassin) and Yorck Segatz (Beyondition) have been enlisted on guitars. Sodom have already released seminal albums such as Persecution Mania, the live cut Mortal Way Of Live and the highly successful Agent Orange with Frank Blackfire. As he had hinted at the beginning of the year, Tom has opted for a line-up featuring two guitarists, an absolute novelty for Sodom.

“Two guitarists allow us much more possibilities live, so we will be able to play tracks in future that we weren’t able to perform as a trio,” the Sodom vocalist/bassist explains his motives. In line with these new possibilities, the thrash act has already started to put together a setlist for the upcoming shows with all important classics as well as rare numbers that had never or only rarely been heard at their gigs. Says Tom: “I can promise that we will really let it rip in future.”

In Frank Blackfire, Yorck Segatz and Husky, Tom has consciously gone for musicians from his own background.

“It’s common knowledge that all three are exceptional instrumentalists and that heavy metal is their life. But Sodom is also about getting on on a personal level. The new band members are all dyed-in-the-wool Sodom fans and all live in Essen. Need I say more?”

While the guys have just moved into their new rehearsal room (Tom: “As it happens exactly where it all started back in 1982!”), the Sodom mastermind is already looking to the future.

“We’ll start writing new material as soon as possible and plan to release a single with at least two brand-new numbers and a bonus track to give our fans a taste of our upcoming album,” he promises. “The direction of the new material already stands: ready for action and full of adrenaline, Sodom are set to celebrate the glorious days of the 1980s old school thrash that we all grew up with and that the band has always been celebrated for.”