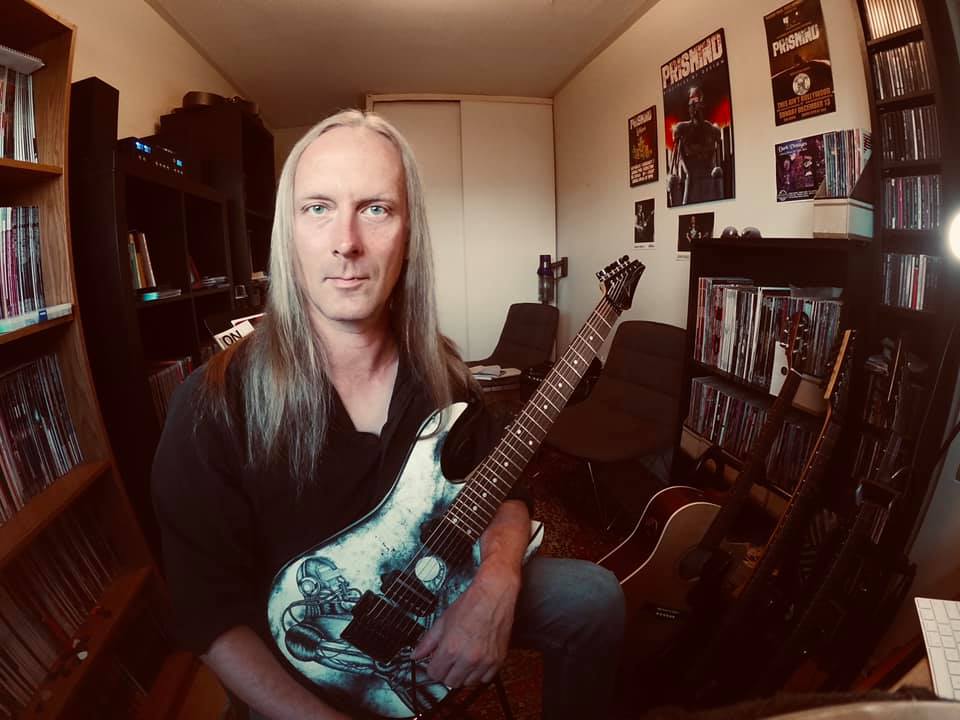 Canadians have not only some of the best humans on Earth, but also some of the most talented. Kelly Kereliuk is a highly underrated guitar player out of Ontario, Canada. To say he is a hard worker is an understatement, as he plays in many projects and does guitar lessons on the side. This somewhat hidden talent was brought more to light with Lost Symphony, where he was able to collaborate with some of the more known guitarists, and some of ours and his guitar heroes.

Lost Symphony is an instrumental band based mainly out of Boston, MA, with accomplished members; Benny Goodman (multi-instrumentalist and producer), his brother Brian Goodman (composer and does arrangements), Kelly Kereliuk (guitar), Cory Paza (bass, guitar), Paul Lourenco (drums), and Siobhan Cronin (violin, viola). Beyond these key members are many guest guitarists, mainly including the late Oli Herbert (All That Remains), who was able to connect Lost Symphony to players like; Bumblefoot, Marty Friedman, Angel Vivaldi, Nuno Bettencourt, Jeff Loomis, David Ellefson, Alex Skolnick, Richard Shaw, Matt LaPierre, amongst many other greats.  They released two albums, Chapter I and Chapter II in 2020, and released the final chapter with Oli, Chapter III in July of 2021. This trilogy was a homage to the departed Herbert.

Kereliuk also plays with band Prismind, a progressive metal band out of Canada. Their first album was released in 2017 titled, Disciples by Design. They are working on their second album right now. Band members include; John Mamone (vocals), Kereliuk (guitar), Mike Harshaw (drums), and Justin Faragher (bass). This band is a touring band and has incredible energy in their musical style. Definitely a band to check out!

Kelly was kind enough to talk with Metal Nation about these two bands as well as other projects!