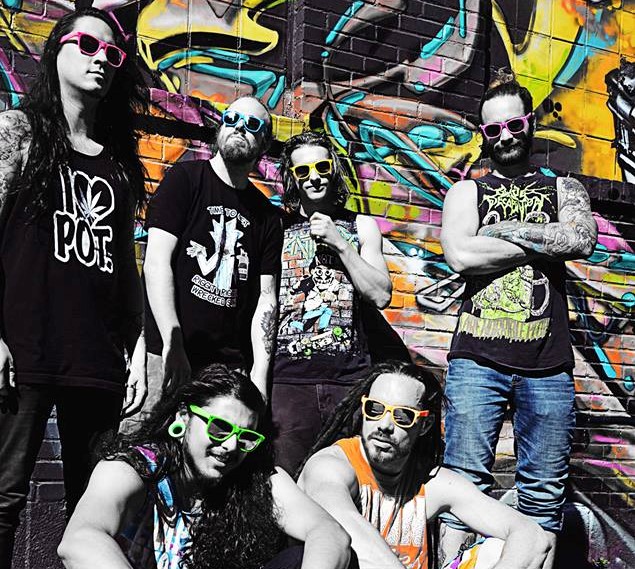 Ottawa’s Killitorous featuring current and former members of Suffocation, Cryptopsy, Annihilator and a myriad of other bands is embarking on a huge Canadian tour in November and December; 29 dates in total in promotion of their upcoming album AfterParty set for release in 2019 to follow their 2014 debut Party, Grind.

Each gig promises to be a preview of the new album and a totally crazy 90’s death metal/noise core live experience. The East coast dates will have special guests The Blood of Christ and select West coast dates will include Blackwater Burial.

The band is ecstatic to be bringing the party to fans across the country:

“This tour is especially exciting for the Western Provinces, as every other tour attempt West has thus far been thwarted! Not this time! The party will be coming for sure so prepare yourselves for technical chaos and party grind!” 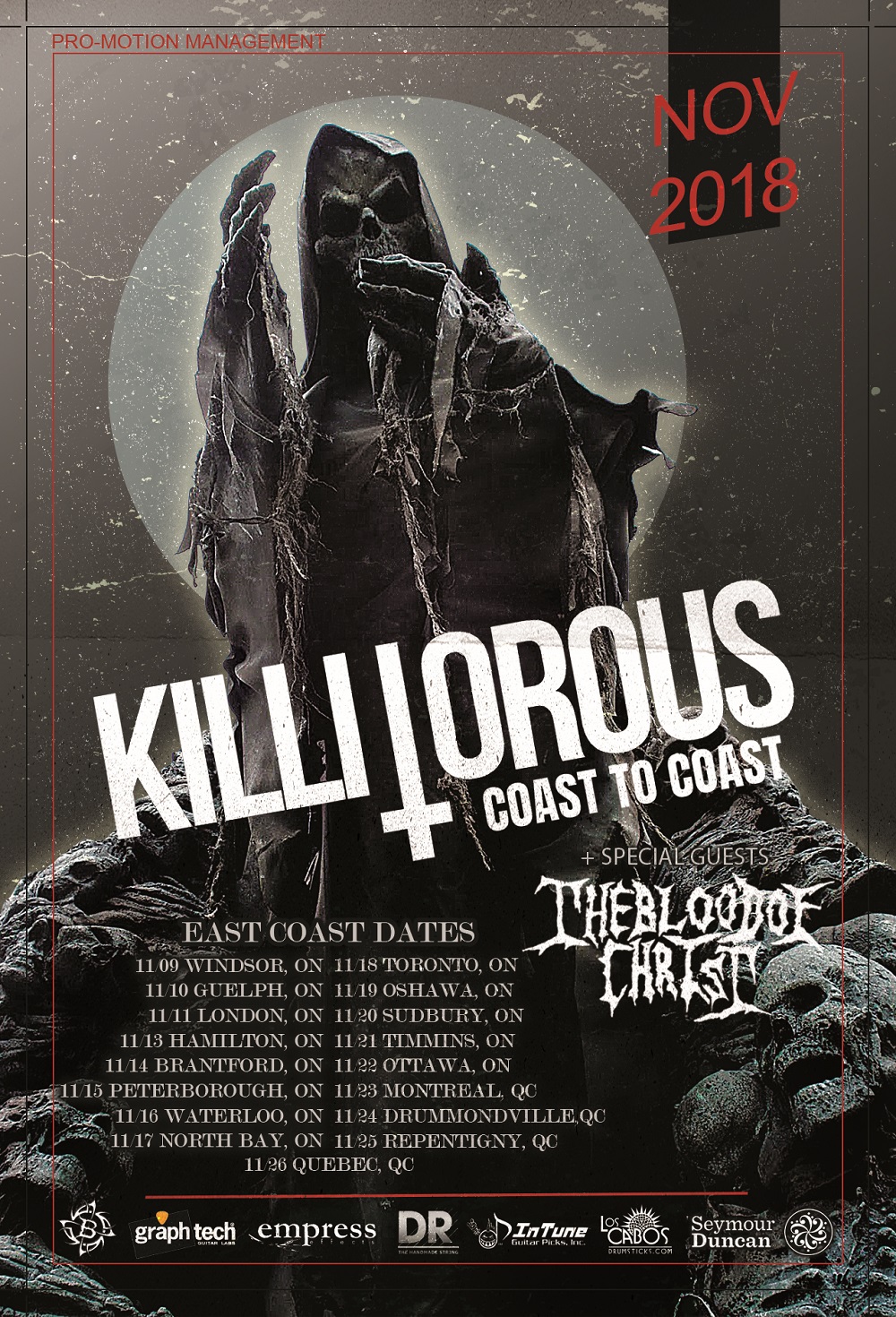 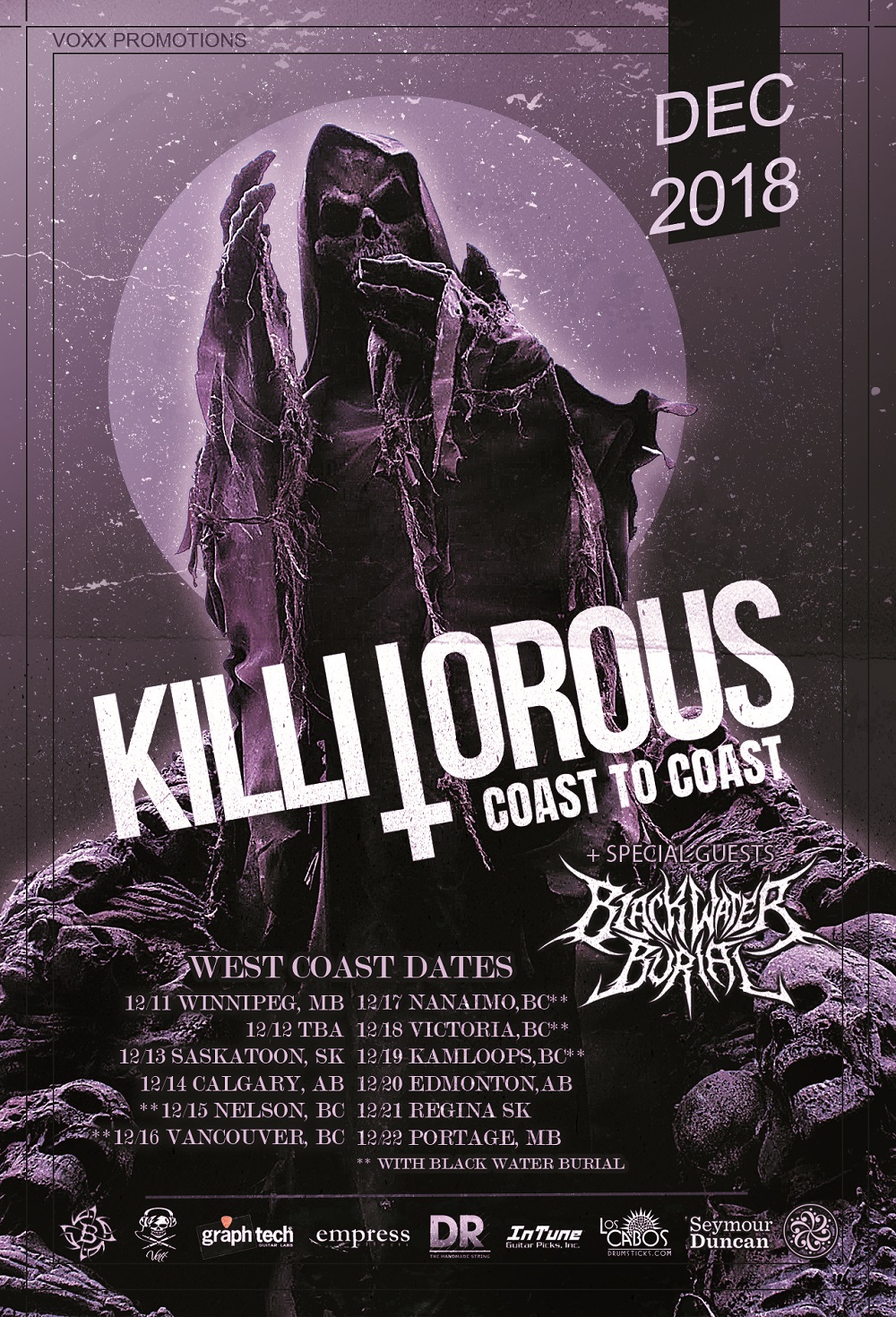 Looking to become the band they never saw, Killitorous is comprised of the passion to grind and the general love of technical death metal.

Formed in 2006 in Ottawa, Canada; Killitorous is made up of current and former members of Suffocation, Cryptopsy, Annihilator and a myriad of other bands. Determined to sound like a combination of their one million favorite death metal bands they envelop technical death metal in an eternal party. A bit cheeky and a metric fuck ton of fun, Killitorous is that raunchy but charismatic friend who fuels every party.

Killitorous is a chaotic concoction, best described as technical party chaos death grind and it’s a true 90s death metal experience complete with one hell of an AfterParty!

For more on KILLITOROUS, please visit: