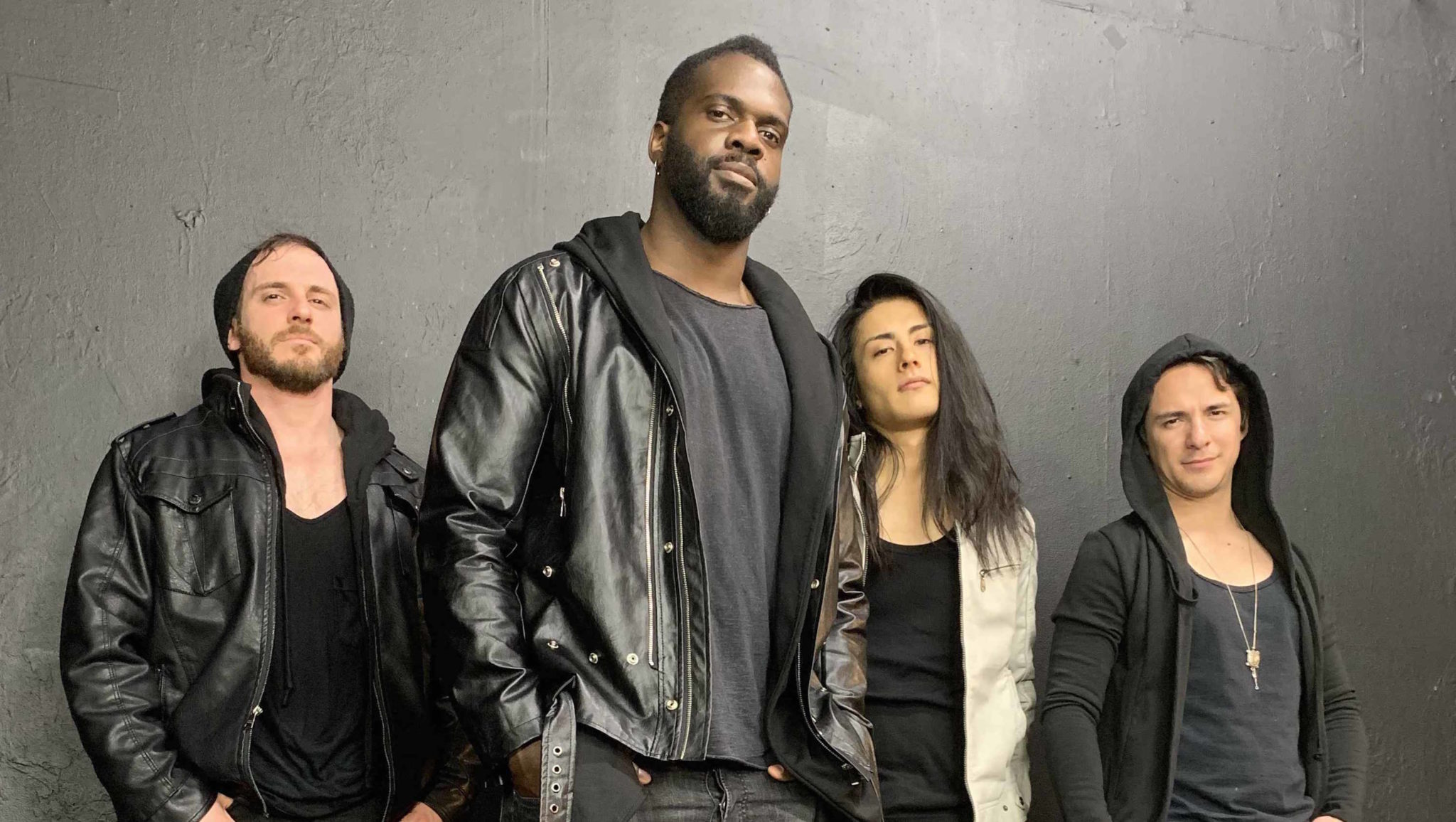 With almost two years under their belt, Los Angeles’ based Hyvmine are keeping their furiously productive approach to music creation in full gear. This progressive metal unit have just released their second full album, third in their overall catalogue.  Retaliation was released earlier this week, a few days before than the projected date, today.

In anticipation of the release, I reached out to the frontman, guitarist and founder, Al Joseph, to see if he would let me pick his brain again.  Having previously interviewing Joseph via email this time I wanted to speak to the man.  He was kind enough to fit me in between the online guitar lessons he teaches.

Retaliation is Hyvmine‘s third release in less than two years, so early in our conversation, I asked Joseph about the frequency with which they are pumping out so much awesome music.

“Nowadays you gotta keep up the pace, you gotta keep it going. Everything is online now and people are being bombarded with content. I just want to keep up and be ahead of the game.” – Joseph

After releasing their debut album, Earthquake in December of 2017, the band went on tour with Angel Vivaldi.  The tour concluded and the band followed up with a 3 track epic tale of heroism called Fight or Flight. Soon after the lineup was completely changed but that didn’t slow down Josephs creativity.

“Right when we got off the Vivaldi tour, I want to say July.  Wow, this time last year man.  Uhm, I just started writing and I couldn’t wait to get back into the studio and start recording again and putting out the next work.  Yeah, I just kept going. I pumped out something like maybe 20-25 songs, chose from there …”

So there it is, one year and line-up change later, they don’t seem to be slowing down anything soon.

Joseph didn’t have to look very far for his new band members, as it turned out, they were already hanging out together.   Andy Frederick (guitar) and Yas Nomura (bass) would come to join the Hyvmine team.

“These guys, the line-up right now as it stands, I’ve been hanging out with them the entire time.  They’re my friends.  So, having Yas on bass, I’ve known him for a while, we’re always partying together.  The thing about Andy, I knew that he played guitar, but I didn’t know he was into this kind of stuff… we all had a jam one night and it was Andy’s turn to solo and he just pulled out this Allan Holmsworth, like, crazy legato stuff.  I was like, ‘Jesus Christ, I didn’t know!”

Despite the unexpected ease of finding new members, Frederick and Nomura were a little too late to contribute to the music on Retaliation.  Joseph had already written and prepared the songs that would end up on the album, but in true Hyvmine spirit, the new lineup has already begun writing and exploring new music.

“Right now I’ve got three songs with Andy, that he actually wrote and I actually put vocals over and re-arranged some things.”

Sometimes album titles can reference the content of the album.  Sometimes they are related to an inside joke the band has, or something dear to the writer’s heart, etc, etc,. What does Hyvmine mean with Retaliation?  Maybe they are retaliating.  If so, what is Hyvmine retaliatiing against?

Retaliation is a solidly written album combining a huge guitar tone, catchy and complicated riffage and great vocals.  Al Joseph is a force to be reckoned with.  Retaliation  is available now, wherever you buy your albums.  Also, keep your eyes and ears open because, knowing their reputation, there may be new material coming out before you know it.