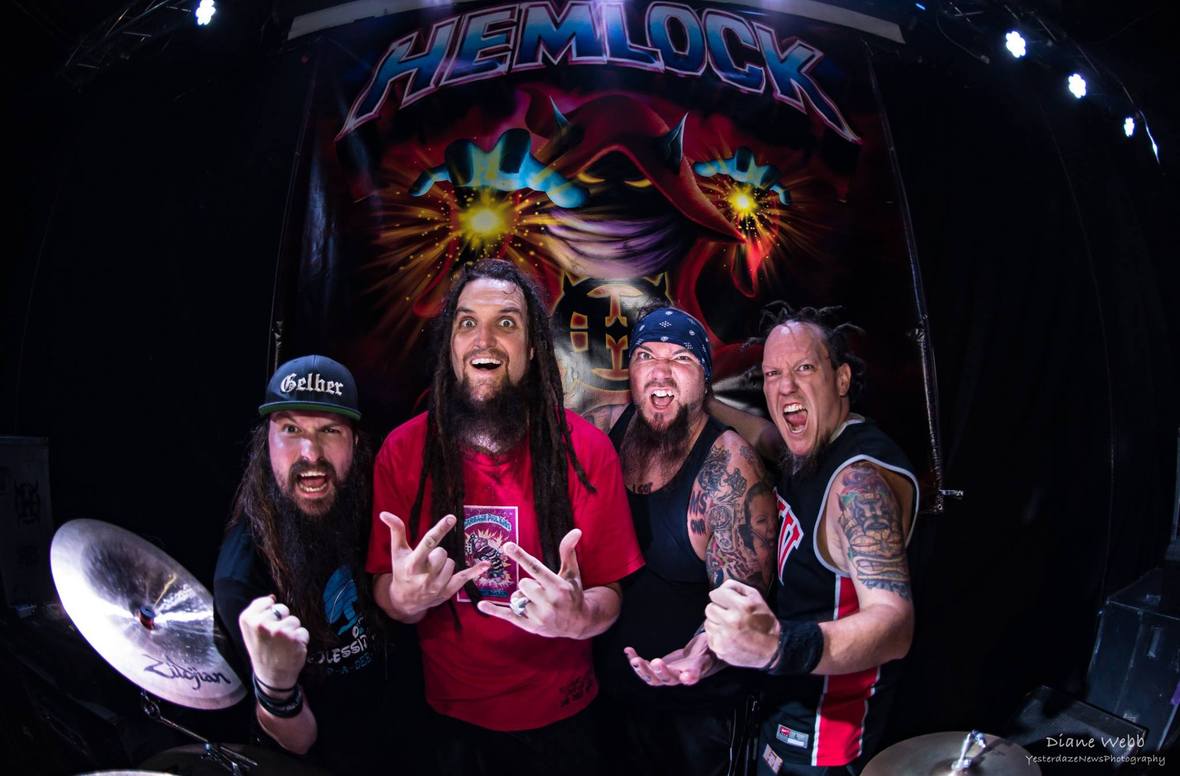 Las Vegas based Metal band HEMLOCK has announced dates for their 25th Anniversary Tour launching April 20th in Joseph, MO. Joined by SevidemiC through June 22, the tour winds through North America before concluding on July 21st in Dulce, NM. Additional dates to be announced.

“We consider this a new beginning. The beginning of much more hard work and promotion to come. We still work as hard as we can on self-promotion, doing as much as we can on our own, adding to what the street team and sponsors can do for us.” 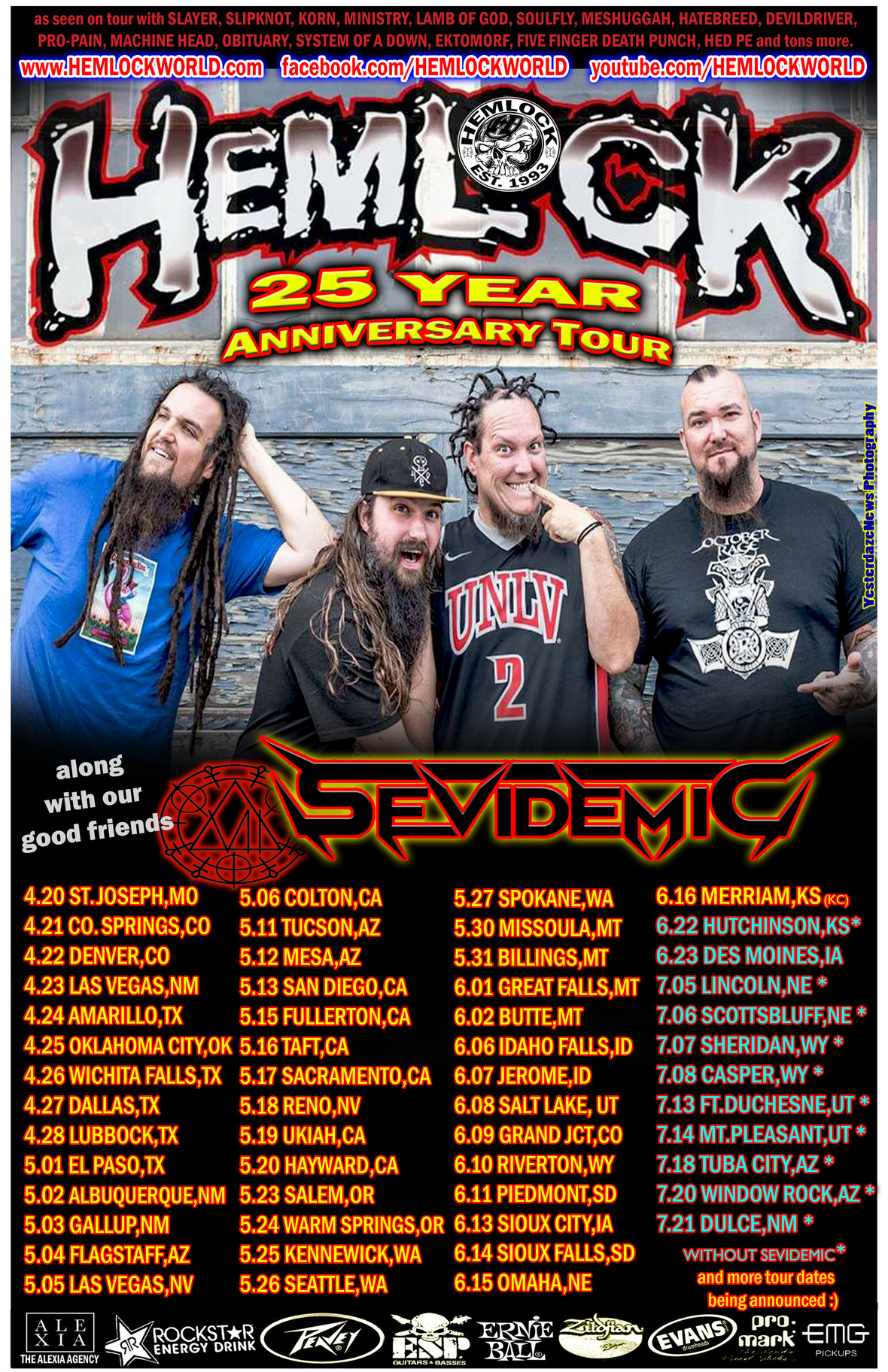 Hemlock have been called “The Kings of self promotion” and noted as the hardest working up and coming metal band. Hemlock has a very entertaining live show as well. They get the crowd involved in the show, and puts on the show of a lifetime, every time. The band makes sure that everyone goes home knowing they had fun with them. Hemlock have been around since 1993 and released 8 full length albums in that time.

For more information on HEMLOCK, please visit the following: