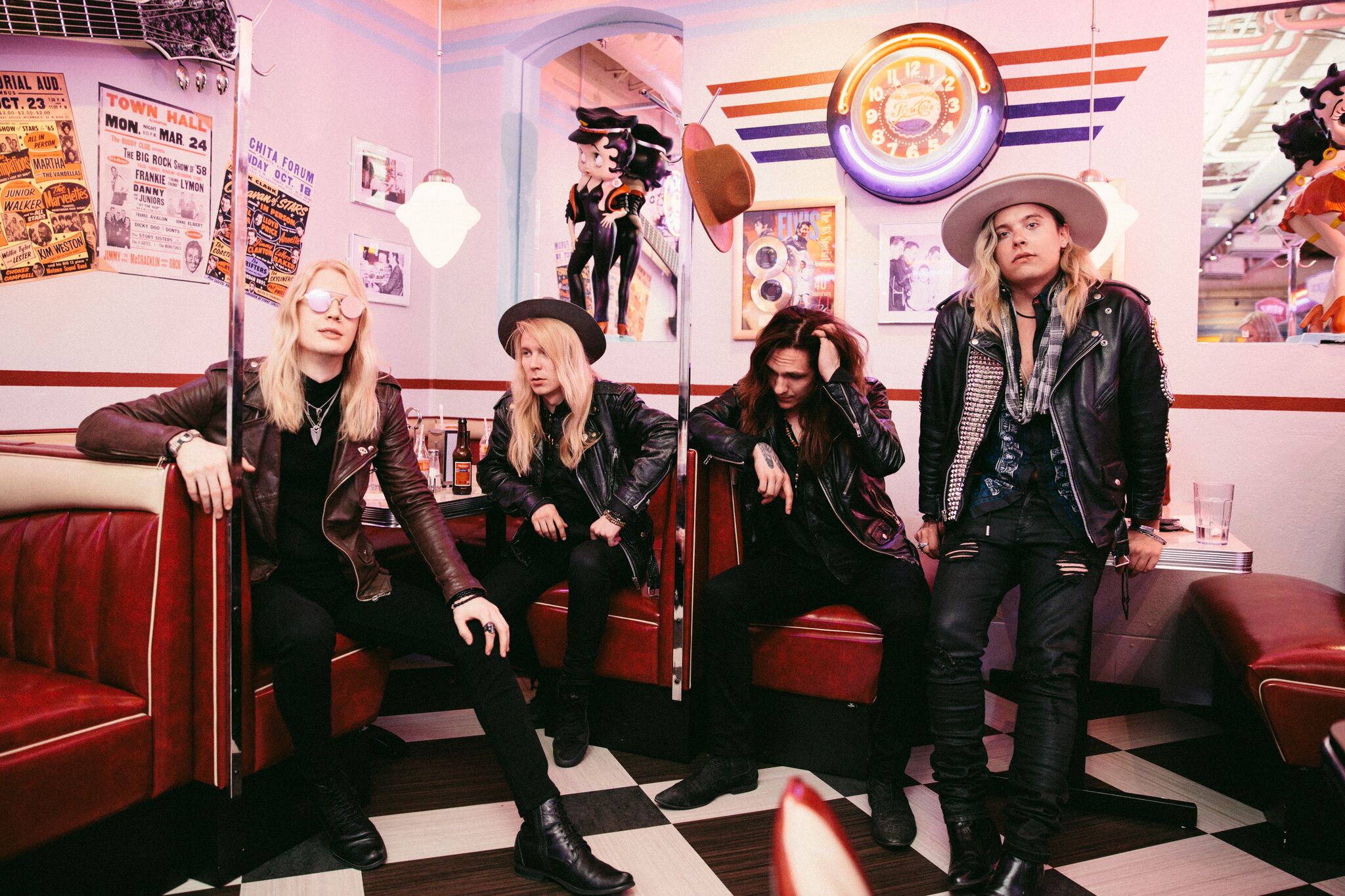 Hard rock fans, rejoice – Santa Cruz, one of Finland’s most raucous gangs of youth gone wild, have returned to America. The quartet kicked off their first U.S. tour in support of their acclaimed new album Bad Blood Rising last week in Houston, when they performed the first of two dozen shows alongside Fozzy, Through Fire and Dark Sky Choir. The tour continues today (March 7) in Tucson, Arizona before hitting the famed Whisky A Go-Go in Hollywood this weekend. From there, the groups will head toward the Pacific Northwest before Santa Cruz plays a handful of headline dates prior to the tour’s second leg, which begins in Milwaukee on March 27. All currently confirmed dates are listed below. (Additional dates to be announced shortly; check the band’s Facebook for updates.)

To celebrate their triumphant return to the States, Santa Cruz has unveiled a lyric video for their new single, “Fire Running Through Our Veins.” The track is impacting active rock radio now, so fans who want to hear the Helsinki hellraisers on the airwaves in their home markets are welcome to call their local stations and request the track. The lyric video – edited by Rafael Ortega (Blackfinger, Ayreon, Sicosis) – can be viewed below:

“Fire Running Through Our Veins” is one of 11 blasts of pure f**king adrenaline that appear on Bad Blood Rising, which Rolling Stone called “debaucherous and flamboyant.” The mustard-yellow initial vinyl pressing of the album has sold out, but an exclusive blood-red second pressing – limited to only 200 copies – can be purchased directly from the band during their American tour.

Santa Cruz is a Scandinavian modern hard rock band inspired initially by the likes of Motley Crue and Guns N’ Roses who previously released two well-received albums on Spinefarm Records, where they took their energetic hard rock sound and combined it with elements of modern rock, punk and metal, put it in their own special blender, then iced the mix a healthy dash of bad attitude. Bad Blood Rising, the band’s M-Theory Audio debut, is out now digitally and on CD and limited-edition colored vinyl. A music video for the album’s anthemic opening track, “Young Blood Rising,” can be seen here:

SANTA CRUZ on tour with Fozzy, Through Fire, Dark Sky Choir (Except where noted): 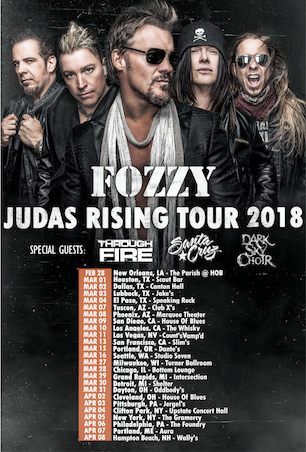