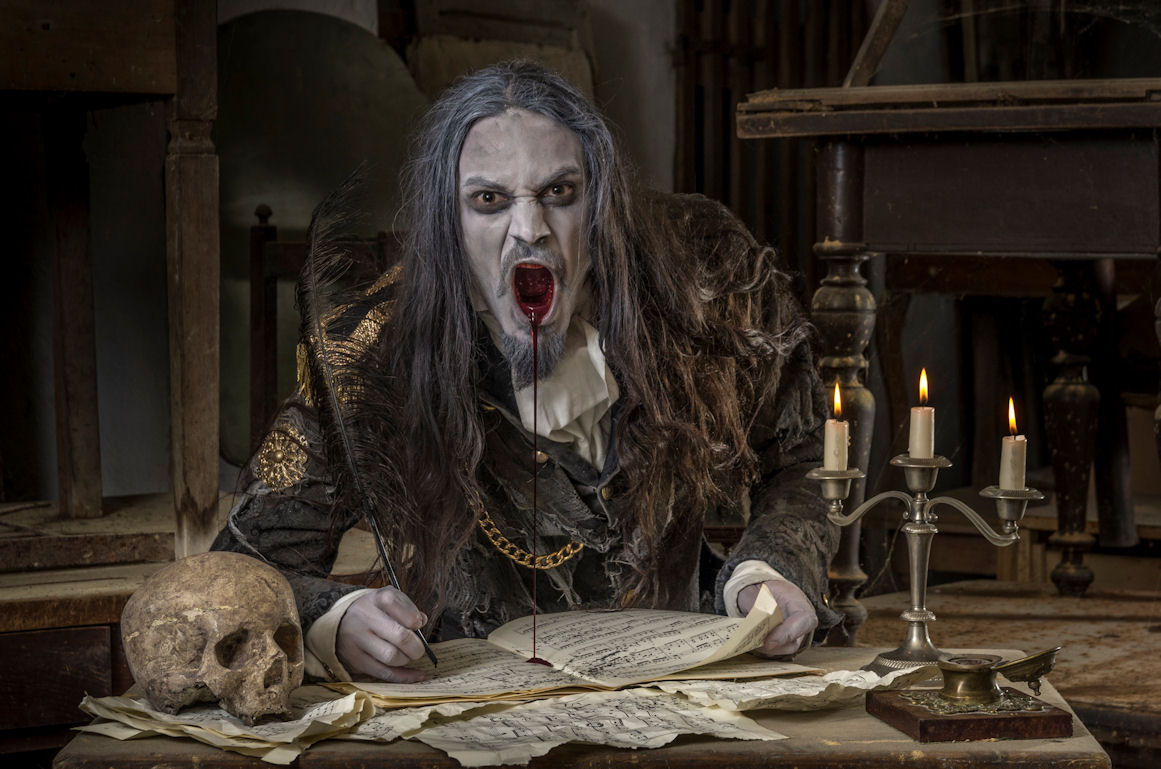 Italian orchestral-death metal and renaissance revivalists FLESHGOD APOCALYPSE will make their triumphant return this year with the release of their 5th studio album, Veleno, on May 24th with NUCLEAR BLAST RECORDS. Today, the band has unveiled the record’s debut single, “SUGAR,” via a music video, the album artwork and tracklisting. Fans can also pre-order the album now at www.nuclearblast.com/fleshgodapocalypse-veleno.

“I met Giovanni Bucci a couple of years ago, while collaborating on his own band ODDKO. We soon became good friends, so we started talking about having him as director for Fleshgod’s new videos. He is a true visionary, with amazing directing and production skills. He’s been making music videos for bands like Korn, and he also has a shining career in the movie industry. We all agreed that he would’ve been the key to a huge step forward for us, visually and artistically, especially on a video like this, which was also extremely complex to produce and shoot. The result is on your screen now, and it’s better than any description. Just hit the play button and enjoy.”

Italian for venom, Veleno marks FLESHGOD APOCALYPSE’s first record in 3 years, since the release of their critically acclaimed record King (2016). The “metal part” of Veleno was recorded in Rome, Italy at Bloom Recording Studio and Kick Studio with long-standing collaborator Marco Mastrobuono, while the “orchestral part”—the ensembles—were tracked at Musica Teclas Studio in Perugia. Fleshgod Apocalypse then took the effort over to Grammy-nominated Jacob Hansen (VOLBEAT, THE BLACK DAHLIA MURDER, EPICA) at Hansen Studios in Denmark for mixing and mastering. The entire production of Veleno took, according to Paoli, about three months. Artwork for the album was created by Travis Smith (AVENGED SEVENFOLD, OPETH, KATATONIA).

“Today is the day. A first taste of our new album, Veleno, is finally available for you all. No words can describe how excited we are and how long we waited for this moment. What you see is the harvest of three years of sweat, revolutions, intense emotions and extreme challenges. We proved ourselves to be stronger than ever, despising compromises, setting the bar higher no matter what. The album is massive to say the least. Every song is a unique piece, literally alive and breathing. Can’t wait for you guys to hear the rest…” 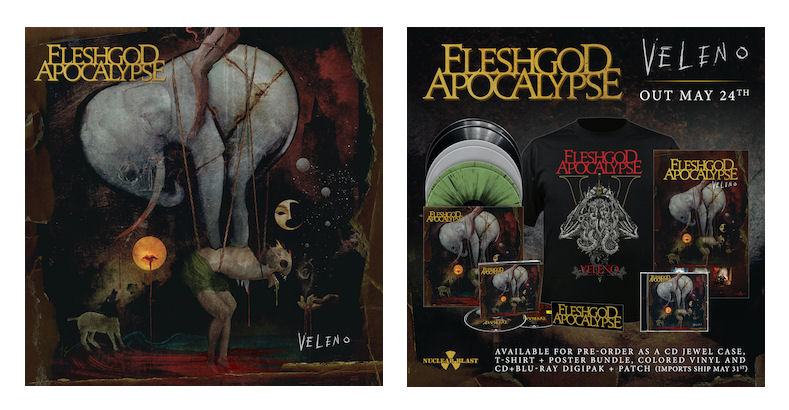 Pre-order VELENO now: www.nuclearblast.com/fleshgodapocalypse-veleno
Pre-order the digital album on iTunes or Amazon Music and receive an instant download of the new single, “Sugar” at http://geni.us/FAVeleno. 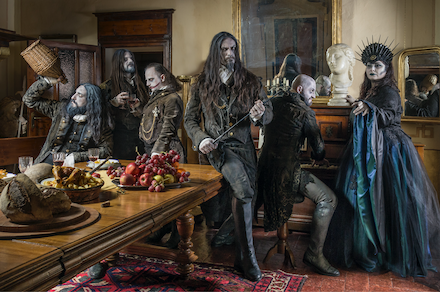