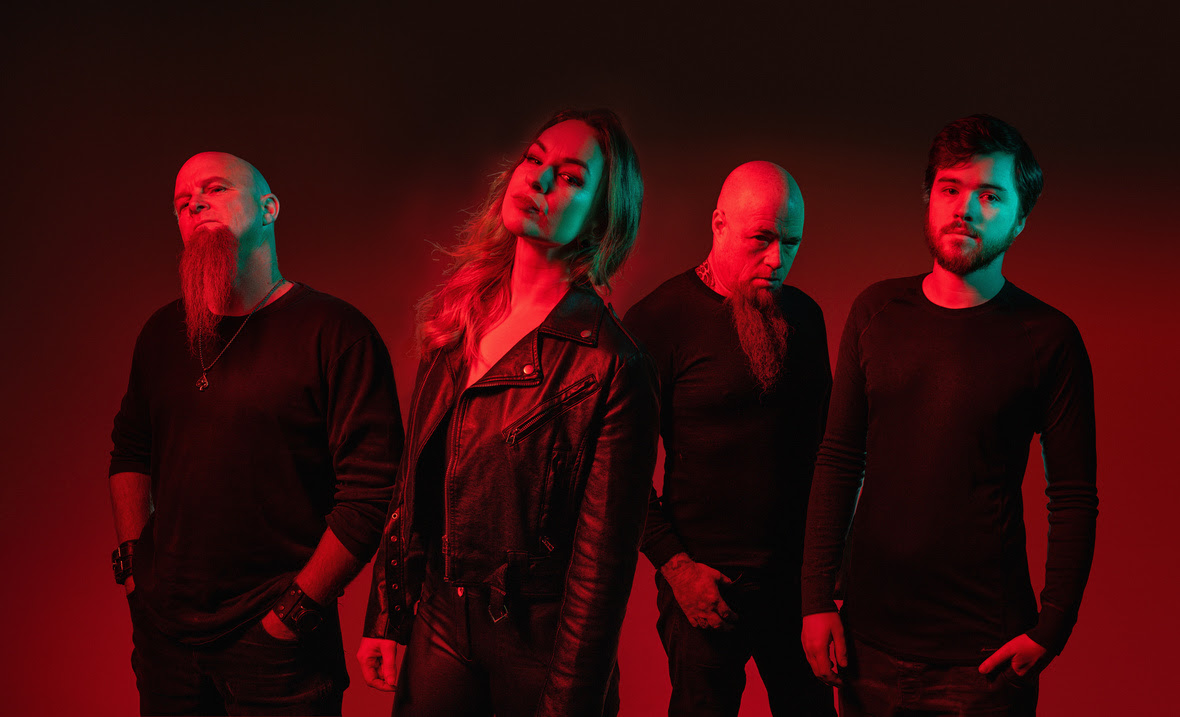 The unstoppable DEVILSKIN unveil “Corrode,” a monstrous new video, single and details of their long awaited fourth album. The New Zealand four piece–who have toured with the likes of Slash, Halestorm, Motley Crue, and Disturbed–have announced their new album, titled RED, which will be released worldwide Friday April 3 on all formats across all platforms.

RED is the universal colour of passion, vitality, blood, danger, romance, anger, horror and love. Everything evocative. Of all the colours, RED is a warning and a statement.

“We wanted to reflect the diversity, strength and depth of the songs on the album with an undeniable declaration.” Says Devilskin bassist Paul Martin. “We are so very excited to share these songs, we are extremely proud of how far we have come and what we have achieved with this recording.”

The single “Corrode” encapsulates the red theme perfectly, its angsty lyrics tell of being completely overwhelmed and submerged in grime and stress. Fighting your way through it all and rising to ask for help. Directed by Alex Hargreaves (Alien Weaponry, Beastwars) filmed and edited by DOP Piotr Ziomus (Kwasnik Pictures) the video is powerful, confronting and evolves to show the bigger picture that we don’t always see in our own lives. Martin continues,

“Perspective is so important, more-often-than-not, the difference between our happy places and our darkest spaces is just the angle we are looking from. This song is about the journey and the challenges you need to face when you feel lost. It’s saying it’s fine to ask for help.” 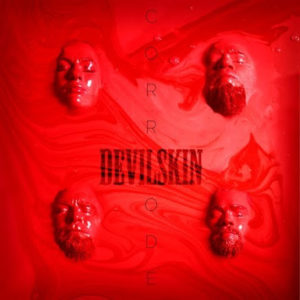 “We really took our time with RED, “Martin enthuses, “we had the vision and we knew it had to be done right. The songs each have so much life and we felt a real duty to do them justice. There are some really personal and very real moments on this album. We absolutely did not hold back, there are songs about struggle, depression, suicide and loss and there are songs about strength, hope, victory and love. We demoed almost 30 songs for this album so we had a lot of work to do to narrow the list down. One of last songs we wrote, it almost missed the cut too, but the throat punch we call Do You See Birds opens the album and sets the tone on a real rollercoaster of a ride. We felt it was especially important to give the listener a total immersive experience from start to finish. There’s lots of mood, colour and texture in the songs as well as between them. It’s a trip.”

The amazing response of the first two singles “Endo” and “All Fall Down” show the promise this album holds. Both songs receiving high rotate radio play and amassing serious numbers online.

From the epic moodiness of “Blood & Bone,” the caged rage of “Same Life,” the visceral impact of “The Victor,” to the poignant beauty of “Sweet Release,” the resplendent grandeur of “Bright Lights,” right through to the swagger of “Be Like The River” and the manic fury of “Everybody’s High But Me,” Devilskin have bared their soul with their finest performances yet.

The album will be released digitally on all the usual formats, physically via CD and LP and there will be a limited edition deluxe box set. 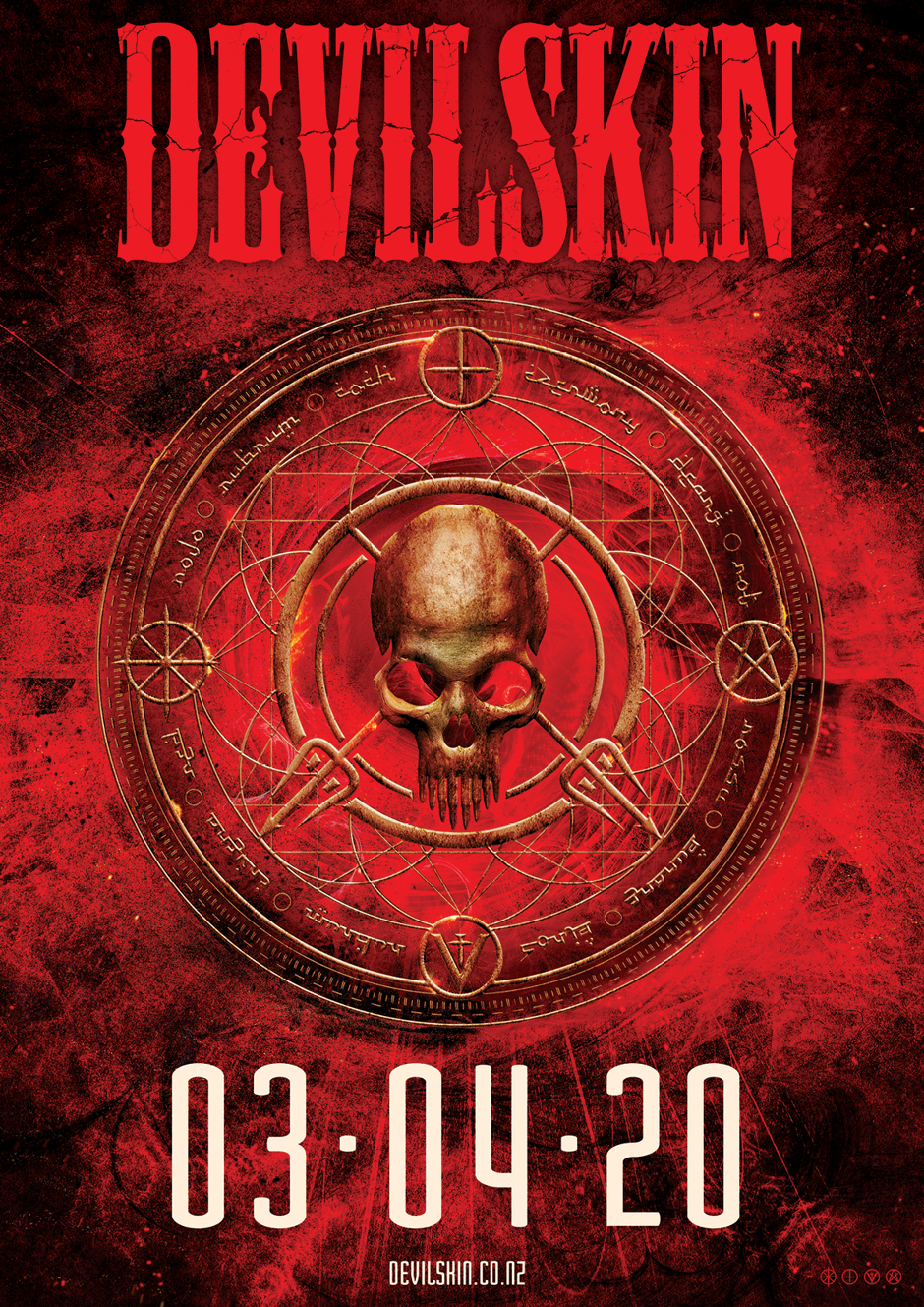 Devilskin is a four piece band from Hamilton New Zealand formed in June 2010, they already have guts, class, kudos and confidence. The sum total of a determined and accomplished group of musicians who know what they want, the music is organic, dynamic and real.

The band features the spectacular Jennie Skulander on lead vocals. Her powerful and compelling voice and alluring stage presence sets her apart from any vocalist New Zealand has put up so far. With an unerring gift for melody, Jennie’s incredible voice sweeps from whisper to roar, rips with power, drips with melody and captivates with sincerity. Jennie previously fronted Rotorua band Slipping Tongue garnering a swathe of fans with their videos, EPs and album. Slipping Tongue also impressed many when they opened for Coheed & Cambria in 2008.

On lead guitar is Nail from popular Waikato band Chuganaut who won the NZ Battle of the Bands and the World Battle Of The Bands in 2004. Played BDO in 2005 and opened for Iron Maiden at Mt Smart stadium in 2009. Chuganaut has played numerous national tours and released several singles, EPs, videos and an album. Nail’s searing guitar work and high energy performance bring real intensity to the live show.

Playing bass guitar is Paul Martin, known as the Axeman from arguably, New Zealand’s most popular radio show, the Axe Attack. Lead guitarist and vocalist for World War Four, Paul’s previous bands include Knightshade and Blackjack. He has opened for Black Label Society (2006), Heaven & Hell (2007) and Motorhead twice (2008), and played BDO (2009). Paul’s powerful and aggressive bass style is a propulsive force in the bands sound.

Nic Martin joined Devilskin as drummer in August 2011 at the age of 15. Paul’s son, Nic is the youngest artist to ever play the BDO when he performed with World War Four in 2009 at the age of 13. Nic adds to the show with a real display of power and passion on the drums. With a fierce style all his own and the inexhaustible energy of youth, Nic’s truculent style and showmanship are fast becoming a talking point on the NZ live music scene. Not to mention making Devilskin one of the few bands featuring a father and son in their line-up.

Together, Devilskin have the ability to write songs that have depth and passion. They create a compelling and irresistible sound and perform a stunning, explosive, live show.

The art of song-writing is back.