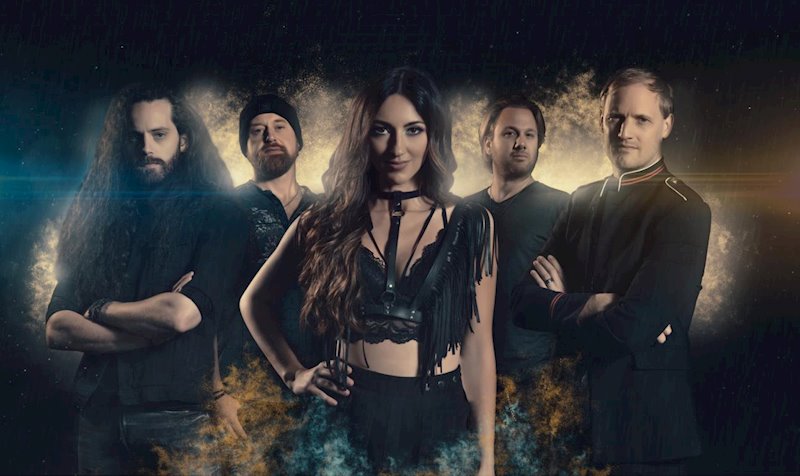 Metal comes in so many forms, one of those forms is cinematic and breathy. Delain is a perfect representation of this genre. With some pop elements mixed with orchestral soundscapes and metal riffs, you get a fusion of some insanely catchy and adventurous melodies. Diana Leah, the new vocalist, clearly understood the assignment and was up for the task to take over as frontman/woman.

Delain began its’ journey in 2002 with Martijn Westerholt leaving Within Temptation and going out on his own. Along the way, there have been some musician changes, and recently there was that change in vocalists from longtime vocalist Charlotte Wessels who had been with Delain from 2005 to 2021 to the almost brand new to the scene Leah. Westerholt was nervous about how fans would react, but turns out, he did not need to be nervous at all.

Dark Waters will be released on February 10th, 2023 through Napalm Records, and is an album full of catchy melodies, riffs, and choruses. It takes you on an expedition and brings you into an almost fantasy-like setting you won’t want to escape. Other members; Sander Zoer (drums), Ronald Landa (guitars), and newest member Ludovico Cioffi (bass) who just joined last year, bring the music fully to life with stellar solos, hammers, and arrangements.

Leah and Westerholt sat down with Metal Nation to discuss this upcoming release. (If you are viewing from your phone, scroll to the end of the screen and click on the red link “View Desktop Version” to get the interview and video access).