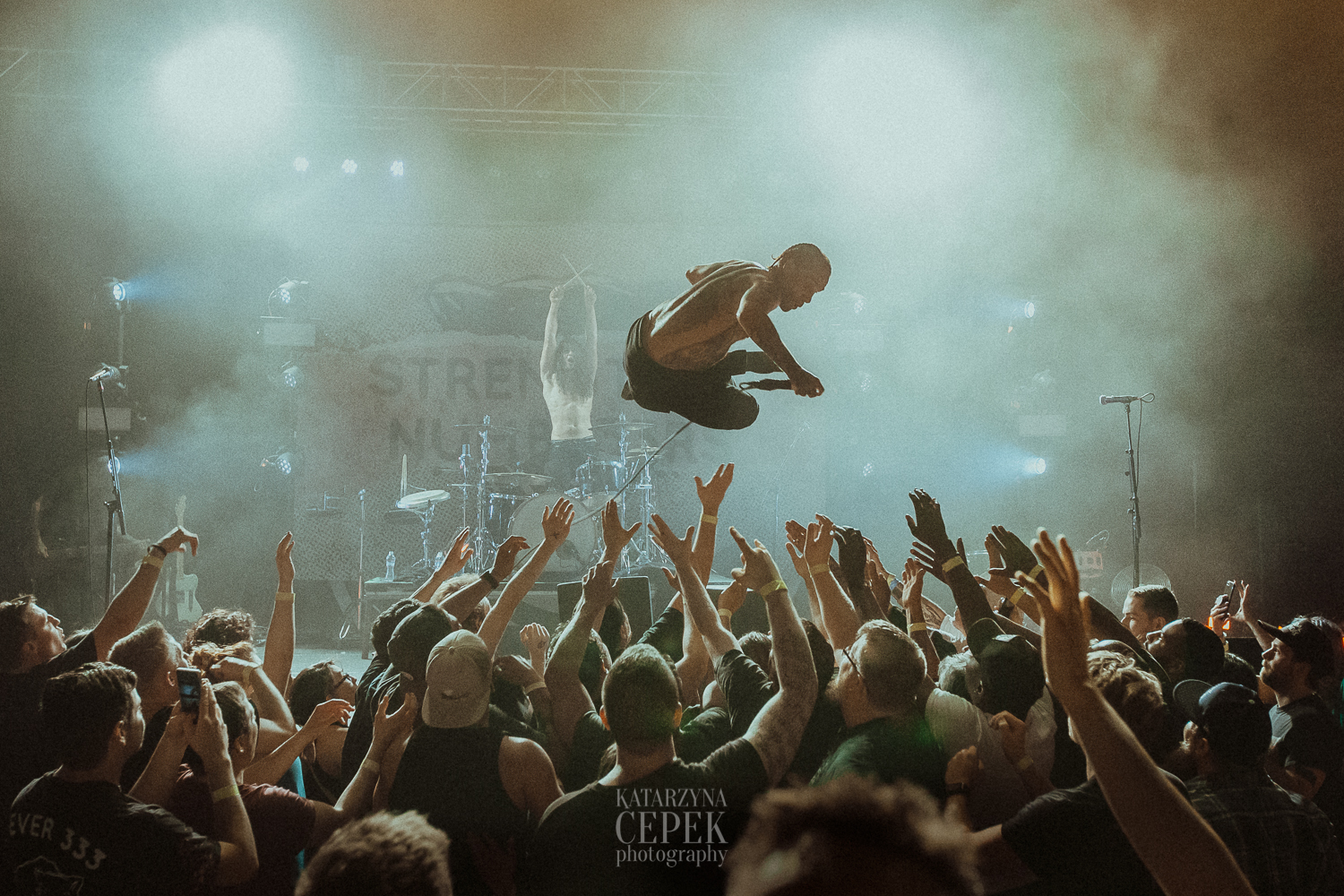 On Wednesday, April 24th, 2019, Fever 333 and a few hundred fans occupied the Boise Knitting Factory for a demonstration. There were no opening bands on this night of protest. A note posted around the venue encouraged everyone to “talk amongst themselves and respectfully discuss issues in a safe environment.”

The three-piece from Inglewood, CA, is a rock band at its core, with powerful rap-metal, hip-hop, and punk elements woven into a genre-transcending sound and aesthetic. Their message is that of protest and activism: they tackle a wide range of social and political issues, including race, police brutality, immigration, wealth inequality, and misogyny. However, their activism is more than just “talk.” The day prior to the Boise show, the band announced through their social media outlets that anyone who donated items to a collection for the local food bank would receive a free ticket to the show.

A Fever 333 demonstration isn’t all just advocacy and dissent. It is equally a highly dynamic, insanely fun and volatile performance. One cannot predict when vocalist Jason Aalon Butler might surface in the middle of the pit commanding the crowd to jump when prompted, or when he might set up and climb two monitors and then stage dive. Or when guitarist Stevis Harrison may decide to scale the side stage speakers, or the second level of the venue, guitar slung over the railing of the FOH booth. Even drummer Aric Improta might suddenly do mid-song backflips off side stage speakers. A Fever 333 live show is a fury of perpetual motion, both on and off stage.

The band is currently finishing up the first leg of their tour in support of their debut LP, STRENGTH IN NUMB333RS, follow-up to 2018 Made an America EP. Check out their socials for future headline dates and summer festival appearances.