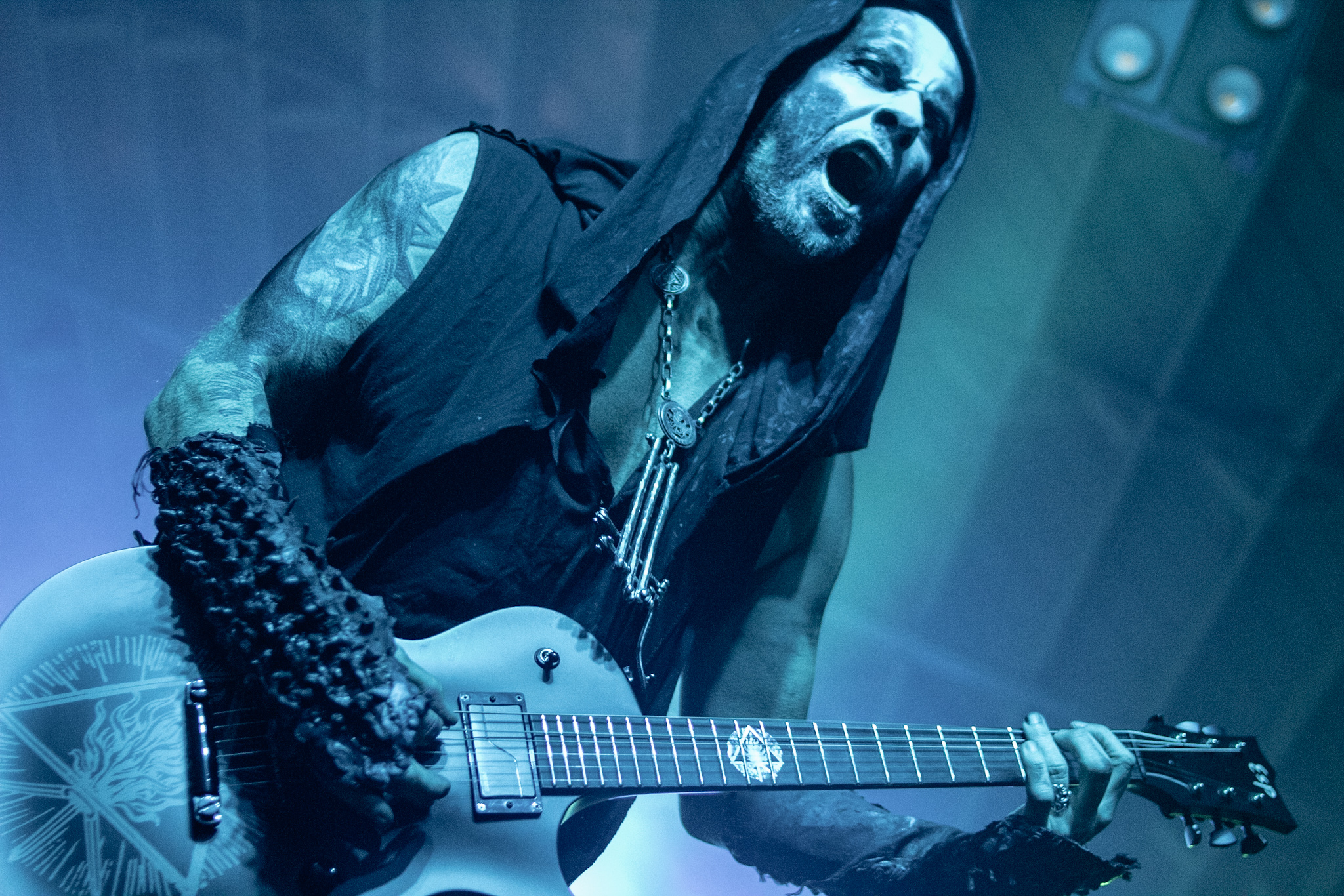 Sometimes the heathen metal gods smile down upon you and grant second chances to the unworthy. I was fairly disappointed in myself for having missed Behemoth on their earlier summer tour with Slayer. Redemption never sounded so sweet. I was excited to see Wolves In The Throne Room and not so secretly hoped that At The Gates’ live performance was more impactful than their last album. So back to Kansas City we ride, this time to The Truman. As much fun as the shows are at the Riot Room, The Truman is bigger and cleaner.

Over these last few months, I’ve been trying out EDM shows and festivals, looking to expand my musical horizons. Why I bring this up is because one thing I really appreciated about these shows was the amount of effort put into the overall production of the show. Lights, lasers, massive screens with crazy graphics on them, perfectly mixed sound, etc. Things less often seen in the metal community. Behemoth had most of those elements in their show and it was absolutely incredible. Every movement felt deliberate. There were multiple costume changes that were so seamless, you never noticed the switch.

The lights were synced up to the music, perfectly. You can tell that they took the time to coordinate this fluid performance. The lighting was sharp and dramatic at all times, making for some incredible pictures as well. Another thing I picked up at the EDM shows previously mentioned was taking psychedelics before a show. I had heard plenty of stories about Behemoth performances to know it would be a fun metal show to test run the experience. So as I pulled up to the show, I took some acid. Full disclosure, I do this often enough to manage myself properly while in public, so try at your own risk. My experience at this show tells me that if you’re into metal and very into the bands playing, you’ll have a good experience over all. Behemoth was an
incredible experience to trip to. The lighting made my night much more enjoyable. The little pocket of space I found near the front was nicely insulated from the occasional pit. Most people were so enamored by the performance that they weren’t really moshing. Everyone seemed as captivated as I was.

It was a nice, chilly night in Kansas City that night, so the heat from all the bodies in the room kept things very comfortable. The vibe in the room was excited yet enthralled, so the overall energy in the room was fairly mellow. I really enjoyed that aspect of things as well. It was a very comfortable show to watch from a quality vantage point. It allowed me to relax and more deeply appreciate the show.

Also, 10 points to The Truman for having such quality house equipment. The sound that night was razor sharp and sounded absolutely fantastic. You could hear every instrument as clearly as ever and even the bass cut through the fray at an audible level.

At The Gates served as direct support for this tour. They came on with “To Drink From The Night
Itself,” which made sense. It was the title track off their last album and a song a lot of people will
recognize. We all know and love At The Gates for “Slaughter of The Soul.” That’s what pays
the bills and helped the band break out. So when it’s not played first, you assume it will be
played last. That would be the most logical move, right? Play the big song at the end, go out on
the highest note? Is that what happened? No. They played it second. It felt so pre-ejaculatory I’m
almost ashamed to phrase it that way. It felt like the band jumped the gun and got too excited to
play the big one that they bumped it up the set list, but not all the way up. I think this bothers me
the most because the rest of the set and the vibe in the room were all downhill from there. After a
few screams not quite hitting pitch, then a few more really failing to hit par, me and some friends
agreed to call it a night on this set. It got dry visually, very quickly, as they were only using
white lights to illuminate the band moving casually around the stage. So after a few songs, it was
out to the patio to smoke.

Wolves In The Throne Room put on an interesting set for sure. It definitely wasn’t moshing
music, despite the effort of a few hopeful guys. I thought it was interesting that they had little to
no crowd interaction throughout the set. They just came on, played their tunes and got off. While
I appreciate the professionalism 100 percent, part of me felt a little let down about not getting a
hello at least while being collectively called motherfuckers. I suppose you get used to the verbal
abuse after so many shows and learn to love it in a way. Regardless, the rest of the set was
smooth and clean. There were a few breaks between songs where there was nothing but soft
ambient noises playing that felt a little longer than necessary, but that would be my only
complaint there. Not much movement from the band, but not much seems to be expected from
that style of metal. Sadly, for our photographer, their lights were almost non-existent.

All in all, I had a great night. I ended up seeing a bunch of friends at the show which honestly
helped immensely with my anxiety. Scooped up some awesome merch, and I went along my way
back home. After a few hours of driving safe and responsibly, I made it home to my dogs and
passed out. Behemoth was an absolute experience to watch and were well worth the drive to
Kansas City and back.