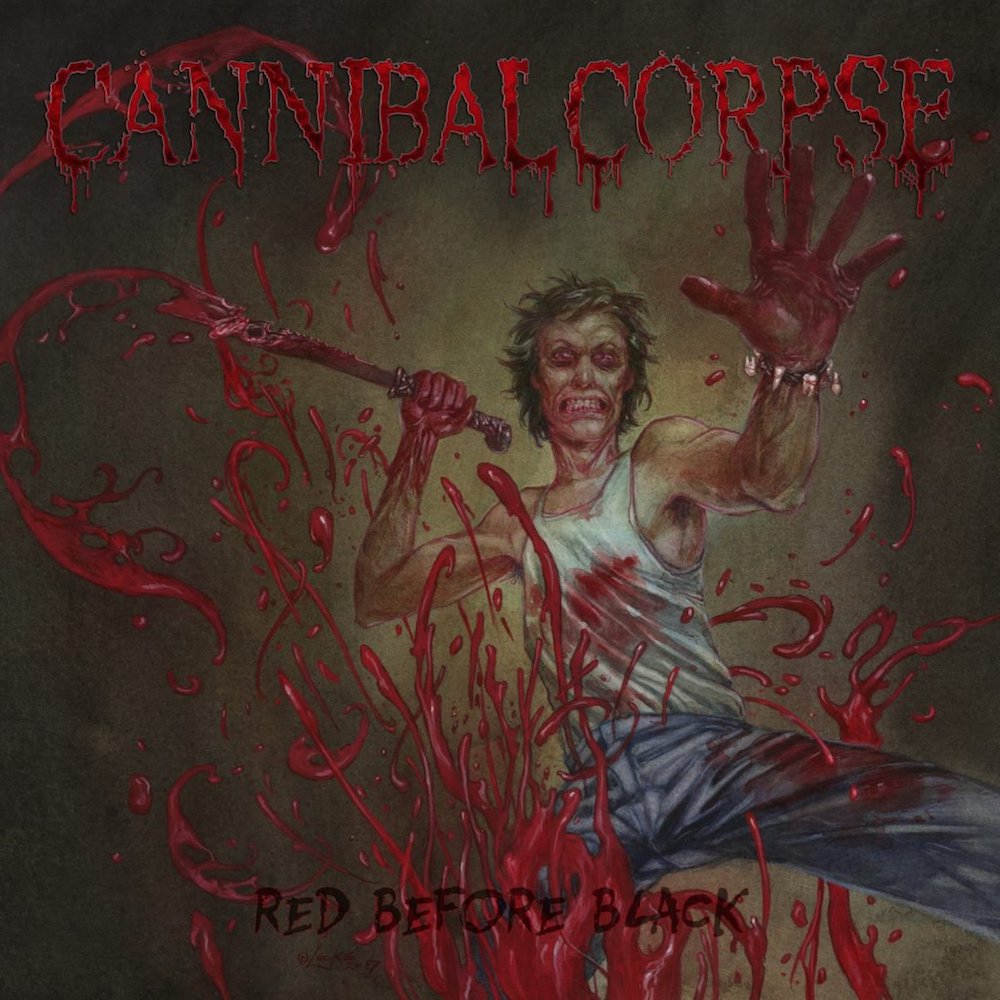 Yes, you read correctly: Cannibal Corpse has just dropped their new record and have already started their next touring cycle with Gatecreeper and Power Trip!  Red Before Black is the New Yorker’s 14th studio album and their 10th with frontman George “Corpsegrinder” Fisher.

The album in the simplest terms is a series of 12 vicious blows to the same isolated area, which in turn leaves a horrible stinging sensation. Singles like “Code of the Slashers” and the title track “Red Before Black” display the group’s ability to navigate a symphony of sickness at a high BPM and not break a sweat. Their tenacity and musicianship is hard to match and sets a high bar for their death metal predecessors as well as the new blood within the scene.

Cannibal Corpse has had a credo that has been in effect since the group’s’ inception: focus on molding and maintaining their signature sound, rather than try to reinvent the wheel. This album is a great example of said sound. I would say the song on this album that all encompasses itself is “In the Midst of Ruin”. It’s as if the band infused every element in their possession into one melting pot. The overflow from it is this song, and make no mistake: it is ferocious, indeed.

I think the best feature of this (and all) Cannibal Corpse records is Alex Webster’s bass playing: Over the top of stick wizard Paul Mazurkiewicz’s drumming it is just mind-boggling. His tone is so evil and gives the band’s overall feel an even more sinister presence.

One more thing that I really appreciate about this album is its artwork. With the exception of Torture, Cannibal Corpse’s artwork has been arguably lacking since their 2004 release The Wretched Spawn. This time around, the band has pulled out all the stops and censor bars and gave us something grossly provocative. Just what fans were presumably looking for and anticipating.

Overall, the album is exactly what you would expect from Cannibal Corpse. A fast-paced flight through a jungle gym of gut-wrenching riffs, steamrolling drums, and throat-ripping vocals. Although predictable at times for die-hard fans, it is still enjoyable and will put a smile on your face and your fist in the air. This is an album that should be on your lists of albums to listen to!

Concert Review: IN THIS MOMENT delivers visually epic show on Half God Half Devil tour