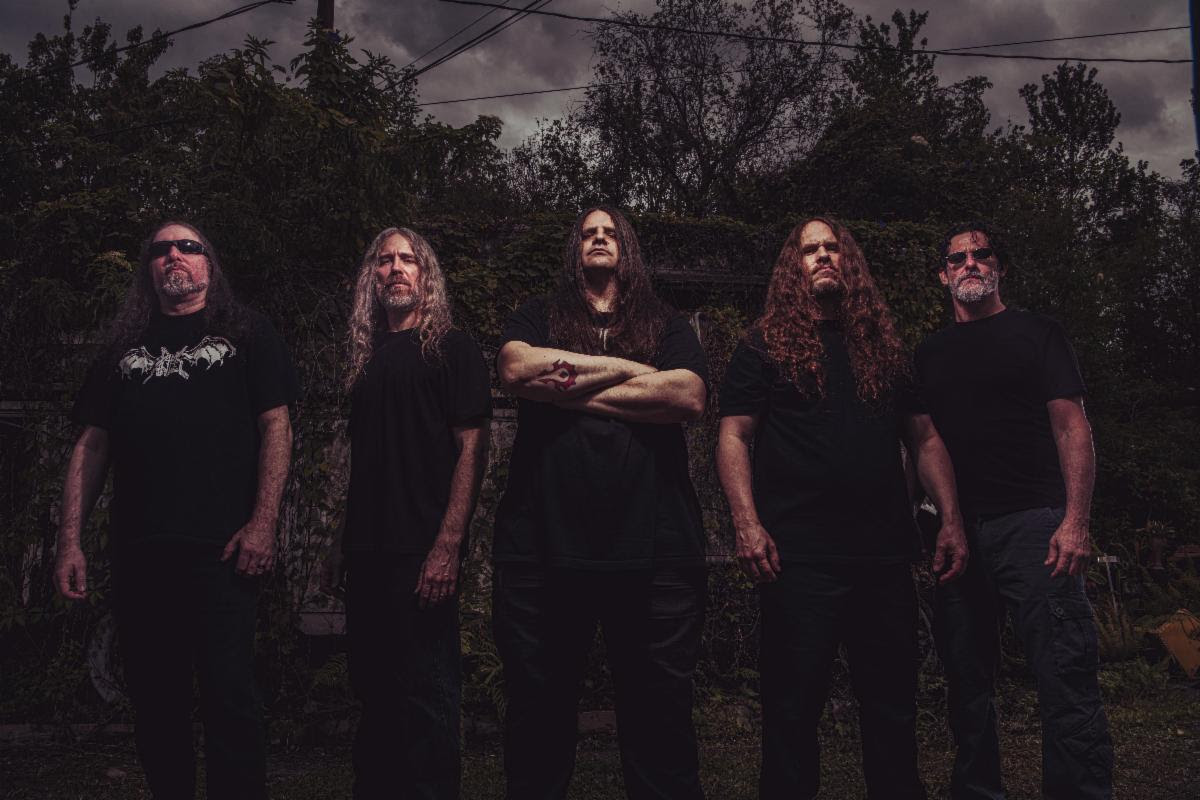 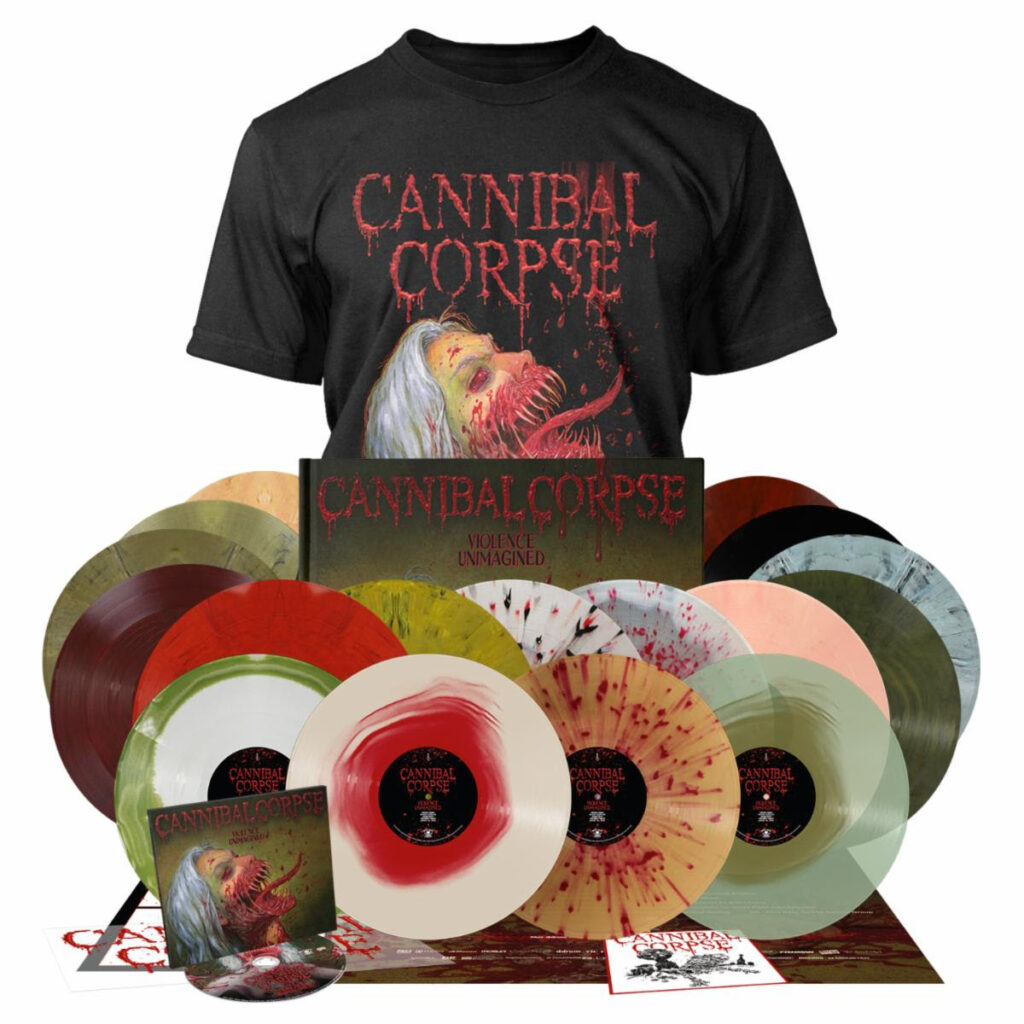 Fans can read an exclusive interview with Cannibal Corpse about Violence Unimagined and more in the May 2021 issue of Decibel Magazine, which features the band on the cover. To purchase your copy online now, please visit: https://store.decibelmagazine.com/products/may-2021-199 – or pick up an issue at newsstands starting April 7th! An exclusive Decibel Magazine vinyl edition of Violence Unimagined can also be pre-ordered here: https://store.decibelmagazine.com/products/cannibal-corpse-violence-unimagined-exclusive-coke-bottle-swamp-green-lp

Comprised of eleven tracks, Violence Unimagined is state of the art death metal played with passion and breathless precision, making for another flawless addition to what is inarguably one of the premier catalogues the genre has thrown up.

“It really follows the path we’ve been going down for a few years now,” states bassist and founding member Alex Webster. “I think we approach the writing in a similar way most every time: each of us try to write the heaviest, most memorable songs we can. We want each song to have its own identifiable character. Showing my age, I like to say you can ‘drop the needle’ on any point of one of our albums and quickly tell which song you’re listening to.”

While they continue to do what they do with aplomb, the one substantial change to Cannibal Corpse is the addition of guitarist Erik Rutan to their ranks, joining Webster, founding drummer Paul Mazurkiewicz, guitarist Rob Barrett and vocalist George “Corpsegrinder” Fisher. Known for his roles in Morbid Angel, Ripping Corpse and most notably fronting the mighty Hate Eternal, Rutan has long established himself as one of the most dynamic forces in contemporary death metal. Simultaneously, he has built up a reputation as one of the most in demand producers in metal, having previously produced four Cannibal Corpse albums (in addition to Violence Unimagined), alongside the likes of Goatwhore, Soilent Green and Belphegor. Filling in live on guitar since 2019, in 2020 he became a full member, contributing to the writing process.

“I think the most noticeable difference on this record will be the addition of Erik to the band. He wrote three full songs for the record, music and lyrics, and his song writing and guitar playing have added something new, and I think his musical style integrated into ours very well,” Webster enthuses. This is not all that he brings to the band. “He’s a great friend of ours, so on a personal level, he’s been a perfect fit, as we knew he would be. Beyond that, he’s one of the hardest working people I know, in music or otherwise, and he maintains a high energy, positive demeanor in challenging situations where other people might go in a negative direction. This energy and great attitude rubs off on the rest of us as well. That’s really a perfect situation to have when you add someone to a band, or any kind of team: someone who’s great at what they do, and also inspires the people around them.”

Already well known for the level of extreme technicality they bring to every record, on Violence Unimagined, Cannibal Corpse have further upped their game, particularly in Mazurkiewicz’s drumming.

“I think we all pushed ourselves a bit technically on this one, with Paul probably pushing the hardest. This album is probably the most drum-intense album we’ve done yet. Part of that could be a result of Erik joining the band. His song writing style often features technically challenging drumming, probably owing to his years of experience in high speed death metal.” And with typically dark and warped lyrical content, Mazurkiewicz came up with the fitting title of the record, “summing up what the band is about in every facet, and taking violence to another level of extremity.” 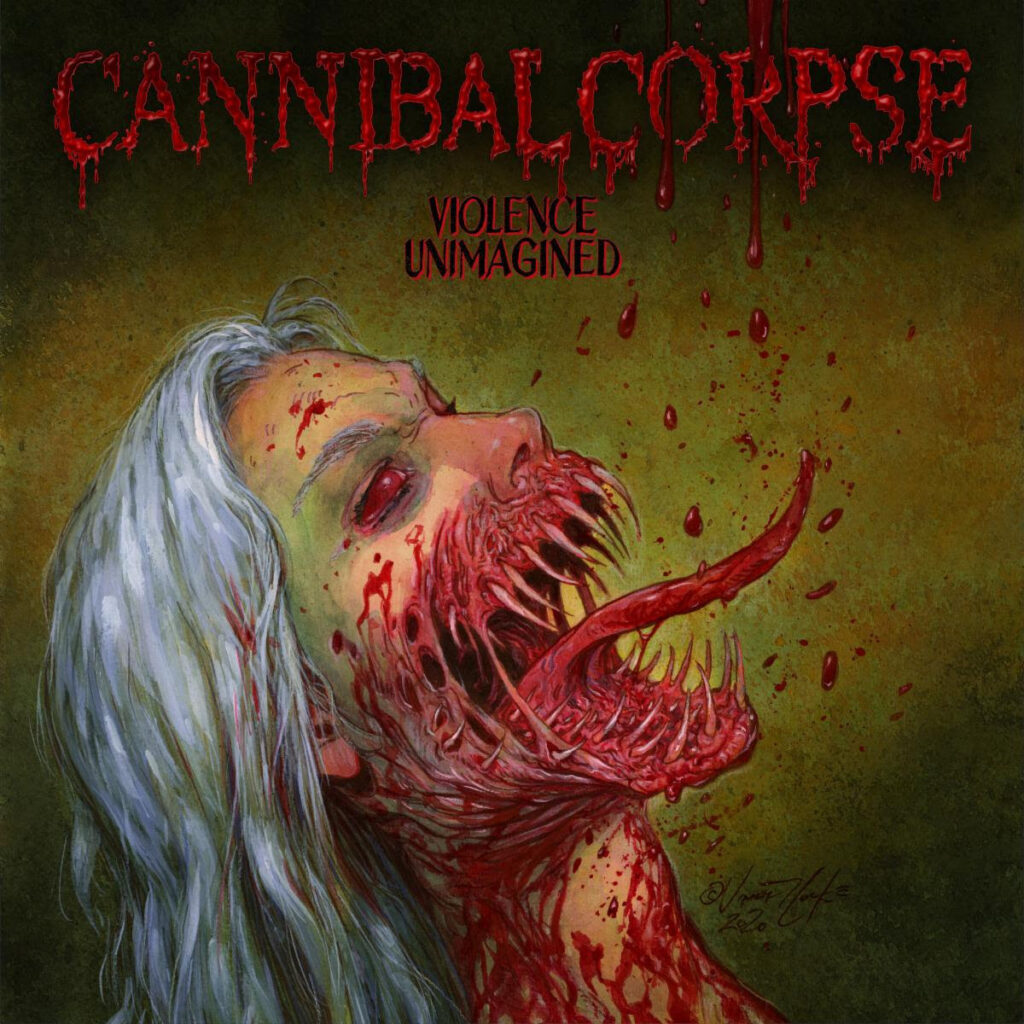