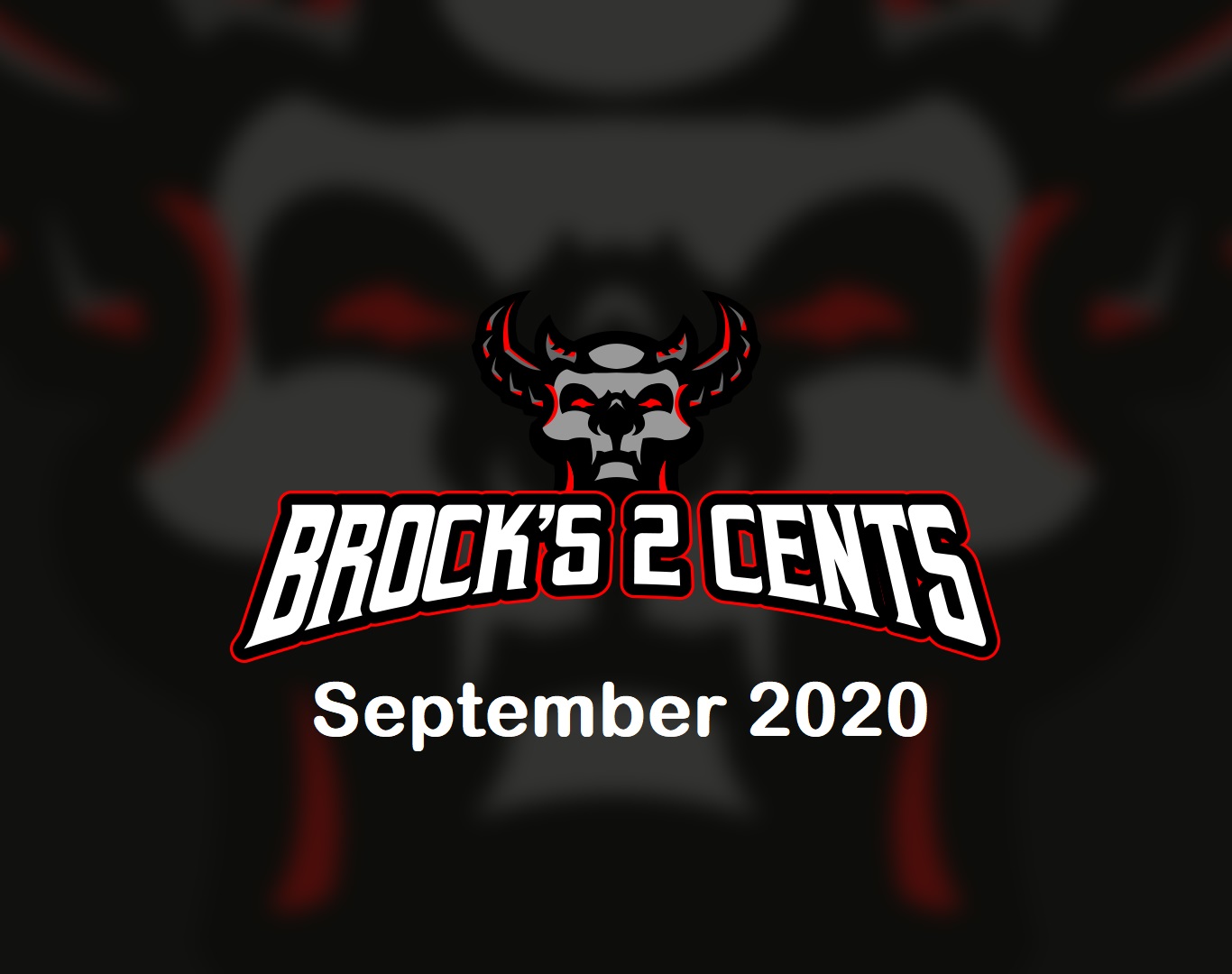 September is wrapping up during these crazy times… looks like I might not make a concert this year since I didn’t go to any before the COVID pandemic happened… and I’m about ready to go insane, luckily new music is suppressing that rage so here is my reviews of recently released albums that I think you should know about. Forget about these in depth reviews, I’m bringing you quick reviews on multiple releases to help you guide your way through the METAL world today!
BASICALLY THIS IS JUST MY OPINION, LIKE IT OR NOT…
Ratings: [0(sucks) to 5(awesome)]
{Format: Band – album title = rating|label|style of metal. review} 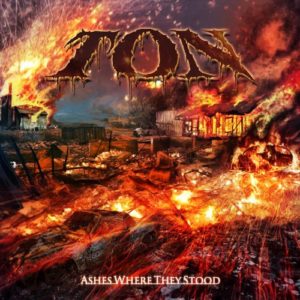 TON – Ashes Where They Stood = 4/5 |Ungodly Ruins Productions |Death Metal
TON is definitely an original sounding DM band. Their demos had a strong mid-90s groove/slam feel to them but with their debut album Plague  shifted their sound to more technical. Unconventional grooves and rhythms sets this band apart from the rest of the genre but might be a unique taste for some. I’ve been jamming to this band since ’97 and they’ve put their best effort forward with Ashes Where They Stood! This might be that sneaky album that winds up in a lot of peoples top albums of 2020! The more I listen to this, the more I like it even more! A must for DM fans!!! 8 tracks, 4 are killer and 3 are good
ffo: DYING FETUS, BYZANTINE, FLESHGRIND, [early] DEEDS OF FLESH 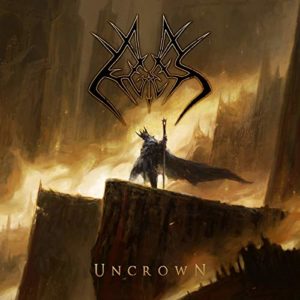 AGES – Uncrown = 4/5 |Black Lodge |Melodic Black Metal
I vaguely remember checking out their debut album a few years ago and I didn’t dig it. With their new album Uncrown, I’ve seen a lot of good press about this album so I decided to re-check out the band. I listen to the debut album and it’s OK at best, too laid back, so I wasn’t expecting much with this. Well, I was wrong, this album is like 85% better than their debut album! Uncrown has way more intensity along with headbanging melodic riffs with touch a folk/pagan BM vibe at times. The song writing is great and these tracks are remember able so they get stuck in your head days later. This is probably one of the best melodic BM albums I’ve heard in a long time! This might be in my top albums of 2020! Definitely check this out if your into melodic BM! 9 tracks, 5 are killer and 3 are good!
ffo: DAWN, DISSECTION, NAGLFAR, VINTERLAND 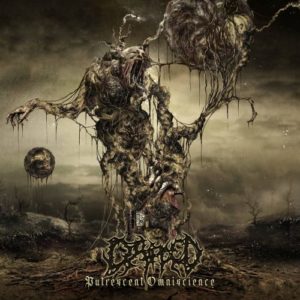 DRIPPED – Putrescent Omniscience = 4.25/5 |Ungodly Ruins |Brutal Death Metal
YES! Holy Fuck this is ultra brutal! This is what I want from Brutal DM! Featuring members from other establish BDM bands from Australia and Russia brings a slab of that nasty brutal with this EP! Blasting speed, brutality and precise grooves pummel you in the face throughout this 15+ minute long EP! Probably the best ultra brutal DM album I’ve heard in the past 5+ years! This is in my top albums of 2020! THIS IS A MUST! 6 tracks, 4 are killer and 2 are good!
ffo: CORPSEFLESH, PUTRIDITY, SEPTYCAL GORGE, BRODEQUIN, INTERNAL SUFFERING 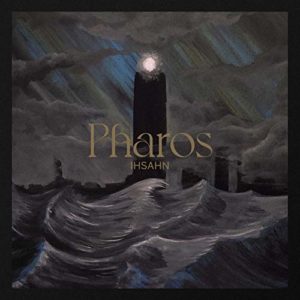 IHSAHN – Pharos = 1/5 |Candlelight |Rock/Pop
I absolutely loved the last EP Telemark, it had that EMPEROR does progressive metal feel similar to the first 2 albums, but I had a feeling this EP wouldn’t be anything like that and I’m right… Now I did love that single “Manhattan Skyline” which is an A-HA cover, it’s not metal but I really dig it from a pop perspective. This EP is rock with pop influence. I like the first track but the other 2 songs are kind of boring and there’s 2 cover songs. I applaud Ihsahn for doing something different but this is not my cup ‘o tea. 5 tracks, 1 is good, and 2 covers songs. 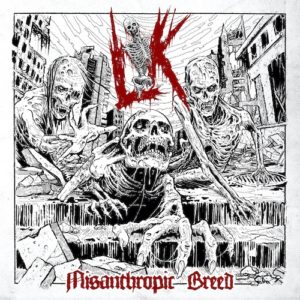 LIK – Misanthropic Breed = 3/5 |Metal Blade |Old School Death Metal
Total DISMEMBER worship is back with their 3rd album. I should hate this band, I hate rip-off bands. If you haven’t heard this band before its what I stated previously, almost to the point this could be new songs from DISMEMBER! THAT ASIDE, if you love DISMEMBER, this band is awesome! It’s great song writing, headbanging riffs with melodic riffs to fill in the gaps to a superb DISMEMBER-ishment! I’m still baffled why I love this so much! It’s a must for DISMEMBER fans and OSDM fans alike! I think their 2nd album Carnage is their best but Misanthropic Breed is good too! 12 tracks, 1 instrumental, 4 are killer and 4 are OK!
ffo: DISMEMBER, [early] ENTOMBED, [early] BLOODBATH, ENTRAILS 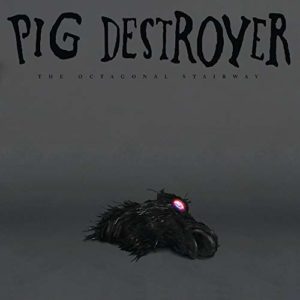 PIG DESTROYER – The Octagonal Stairway = 2/5 |Relapse |Grindcore
Finally some new material from PIG DESTROYER where the first half just floors you with the grind you’d expect and the second half is noise. I like the grind songs but it’s just a little taste, leaving you wanting more. Disappointed there’s not more and goes by way to quick. If your a fan, its a must! 6 tracks, 2 are killer and 1 is OK.
ffo: BRUTAL TRUTH, NAPALM DEATH, AGORAPHOBIC NOSEBLEED, CATTLEPRESS 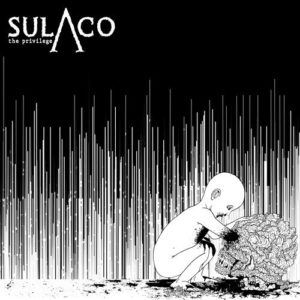 SULACO – The Privilege = 3/5 |Independent |Grindcore/Death Metal
I love this grind band. I think they are underrated and a lot more people need to hear this band! I feel they’re continuing the technical side of Grindcore like HUMAN REMAINS, LETHARGY, GRIDLINK, etc…. This new EP is good but less chaotic and a bit more technical with straight forward headbanging riffs than previous material. Decent release, it’s growing on me the more I listen to it! If your into grind this is a band you need to know! 5 tracks, 2 are killer and 2 are good!
ffo: LETHARGY, COMMIT SUICIDE, HUMAN REMAINS, BURNT BY THE SUN, GRIDLINK 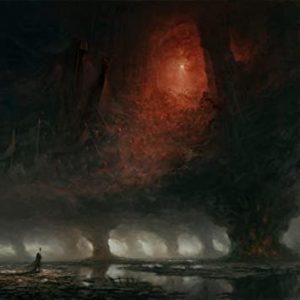 NYKTOPHOBIA – What Lasts Forever = 3.5/5 |Independent |Melodic Death Metal
Their 3rd album since 2017’s debut, NYKTOPHOBIA brings melodic DM that has them in the middle of the pack fighting towards the top of the genre! I really enjoyed their 1st album, the sophomore release was so-so but What Lasts Forever is their best release so far! Blending the norm of melodic DM with blast beats to keep the intensity as the band fine tunes their own sound. An up & coming band in the genre, definitely worth checking out! 9 tracks, 4 are killer and 2 are good.
ffo: INSOMNIUM, WOLFHEART, AMON AMARTH, DAWN OF DISEASE, KALMAH 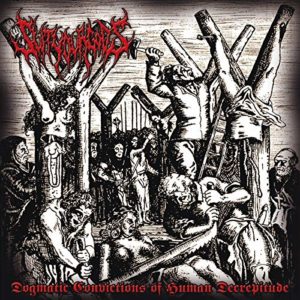 SLIT YOUR GODS – Dogmatic Convictions of Human Decrepitude = 3.25/5 |Comatose |Brutal Death Metal
A new band featuring members of established DM bands from Russia & Spain, bringing some decent top notch brutal DM. Blasphemy, brutality and well written headbanging grooves this is a nice example of what this band has to offer! Definitely looking forward to more material from these dudes! Worth checking out! 3 tracks, 2 are killer and 1 is good.
ffo: GORGASM, BLASPHEMER, [early] CRYPTOPSY, FLESHLESS 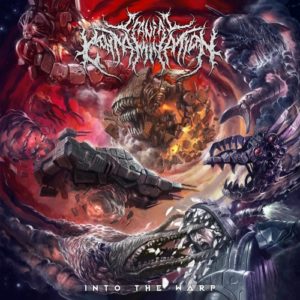 CRANIAL CONTAMINATION – Into the Warp = 3/5 |Realityfade |Slam Death Metal
This is a band that you can definitely tell has deathcore roots as in their debut EP Engineered Human Obsolescence but their second EP From the Absence of Existence pushed them more into the brutal DM/Slam sound with a very good release. Now their debut album, 4 years after their creation, Into the Warp continues their progression into slam DM with a decent release. I feel this album doesn’t hit the intensity factor as the last EP did, but still has enough slams and breakdowns to fulfill that slam itch! Definitely worth checking out if slam your thing! 9 tracks, 3 are killer and 4 are good!
ffo: EPICARDIECTOMY, GOREVENT, EXTERMINATION DISMEMBERMENT, COLPOCLEISIS 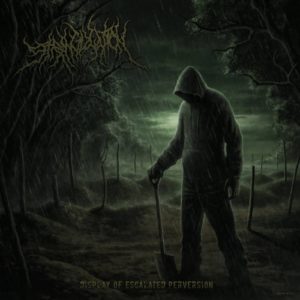 STRANGULATION – Display of Escalated Perversion = 3/5 |New Standard Elite |Brutal Death Metal
A year later after their good debut EP comes their debut album! This Japanese band brings modern day brutal DM with some grooves to smack you in the face! I like the production on the EP a lot more; this album has an ok production but the volume is too low. If you dig BDM with grooves but not necessary slam grooves then check this band out! I dig it, its definitely not this cookie cutter, copy and paste type crap that’s been going on nowadays. Stretch out your neck for a good headbanging here! 9 tracks, 4 are killer and 3 are good!
ffo: EPICARDIECTOMY, MALIGNANCY, CEREBRAL INCUBATION, CHORDOTOMY 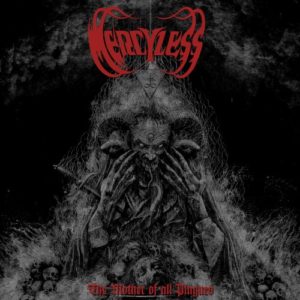 MERCYLESS – The Mother of All Plagues = 2.25/5 |XenoKorp |Death Metal/Thrash Metal
Their 7th album, MERCYLESS continues their brand of DM with touches of thrash here and there. MERCYLESS has mostly been a solid middle of the pack type DM band and this album is right along those standards. Unholy Black Splendor along with their 1st two albums are my fav from this band. The Mother of All Plagues just doesn’t stack up to those. It’s similar to the last album Pathetic Divinity which I thought was OK at best. If your a fan, this is a must, if new to the band check out other albums first. 11 tracks, 2 instrumentals, 4 are killer and 3 are OK.
ffo: PESTILENCE, LOUDBLAST, CANCER, [mid-era] DEICIDE, KRABATHOR 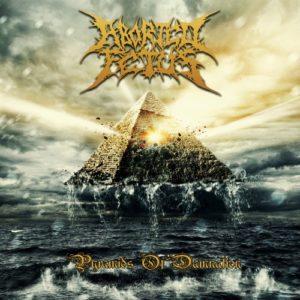 ABORTED FETUS – Pyramids of Damnation = 2/5 |Comatose |Brutal Death Metal
Their 7th album, Pyramids of Damnation, has a bit of shift in sound towards a more straight forward groove/sorta hardcore-ish vibes and not as technical as earlier albums. I like all their albums but more a fan of the earlier releases. I’ve listened to this a bunch of times and this is my least favorite ABORTED FETUS release. Some of the songs are too long with the average length being around 4 minutes per song. Overall it seems a little too simple with the writing and has that I heard this before vibe through-out the album, but I still bought the album and will crank the few songs I do enjoy! 15 tracks, 5 instrumentals, 3 are killer and 4 are OK.
ffo: KATALEPSY, CARNAL DECAY, JUNGLE ROT, CEREBRAL BORE 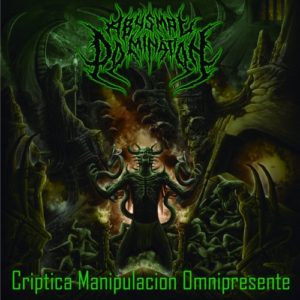 ABYSMAL DOMINATION – Críptica Manipulación Omnipresente = 2.5/5 |Tribulacion/Sevared |Brutal Death Metal
Debut album from this up & coming band from Colombia! A decent album with a good mix of brutal DM and DM vibes from the late 90s. A strong similar sound to other South American DM bands with some grooves to keep things interesting. A very promising band and looking foward to future release! Definitely worth checking out if you’re into Brutal DM! 9 tracks, 3 are killer and 3 are OK.
ffo: SINISTER, INTERNAL SUFFERING, MASSARCE, PURULENT, [early] MONSTROSITY