Armored Saint will be heading down to South America for the first time ever! The shows are scheduled for June and include performances in Argentina, Brazil, Peru, Chile, and Colombia. The band is currently at work on a set list full of songs from throughout their entire catalog – it’s an event not to miss for South American fans!

Finally!! Armored Saint brings its soulful heavy rock to the passionate continent of South America. I went to South America twice with Anthrax and can easily say that those were some of the best shows I did in my life. The rabid fans of places like Brazil, Argentina, Peru and Chile are die hards of music. Their enthusiasm is unprecedented. Also looking forward to going to Colombia for the first time. Can’t wait!! The Saint’s Latin roots should be in full force. It’s a perfect match.

After 35 long years we’re finally going to tour in South America. The long wait was bitter, but the experience playing for you all will be oh so sweet. See you soon. 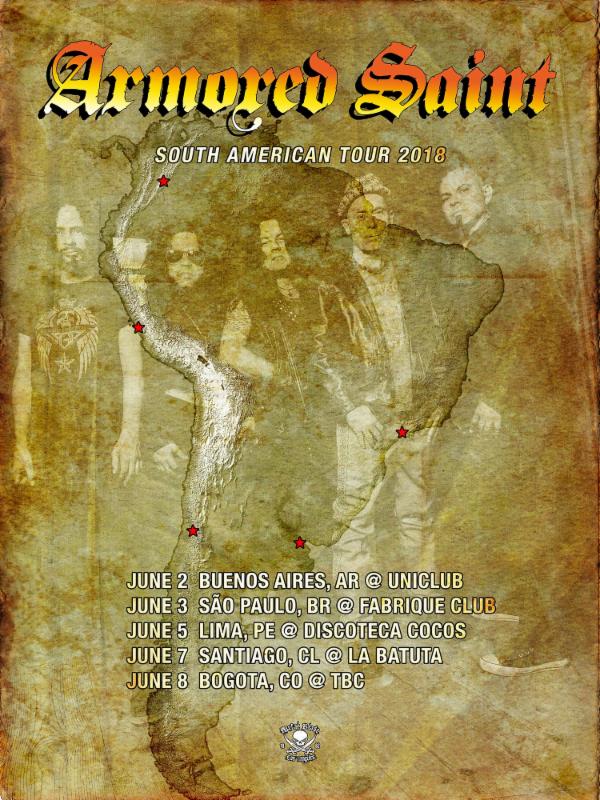 Having toured with Metallica, Whitesnake, Alice Cooper, The Scorpions, and many other artists since their inception in the early 80s, Armored Saint has always been a highly regarded live act – not only in their hometown of Los Angeles, but also around the world. The only official release to capture this, however, is 1989’s live album, Saints Will Conquer – until now, with Carpe Noctum, which was recorded at the band’s 2015 Wacken festival set, as well as their headlining show in Aschaffenburg, Germany. To preview and purchase Carpe Noctum, please visit: metalblade.com/armoredsaint 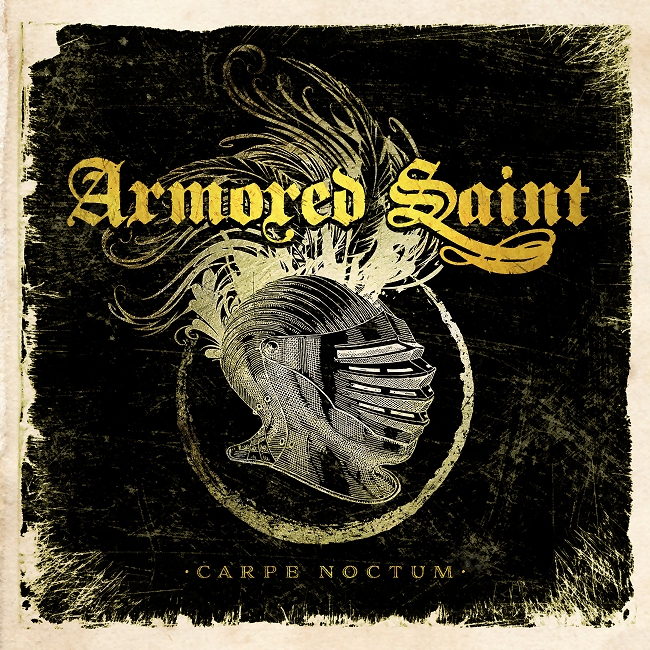