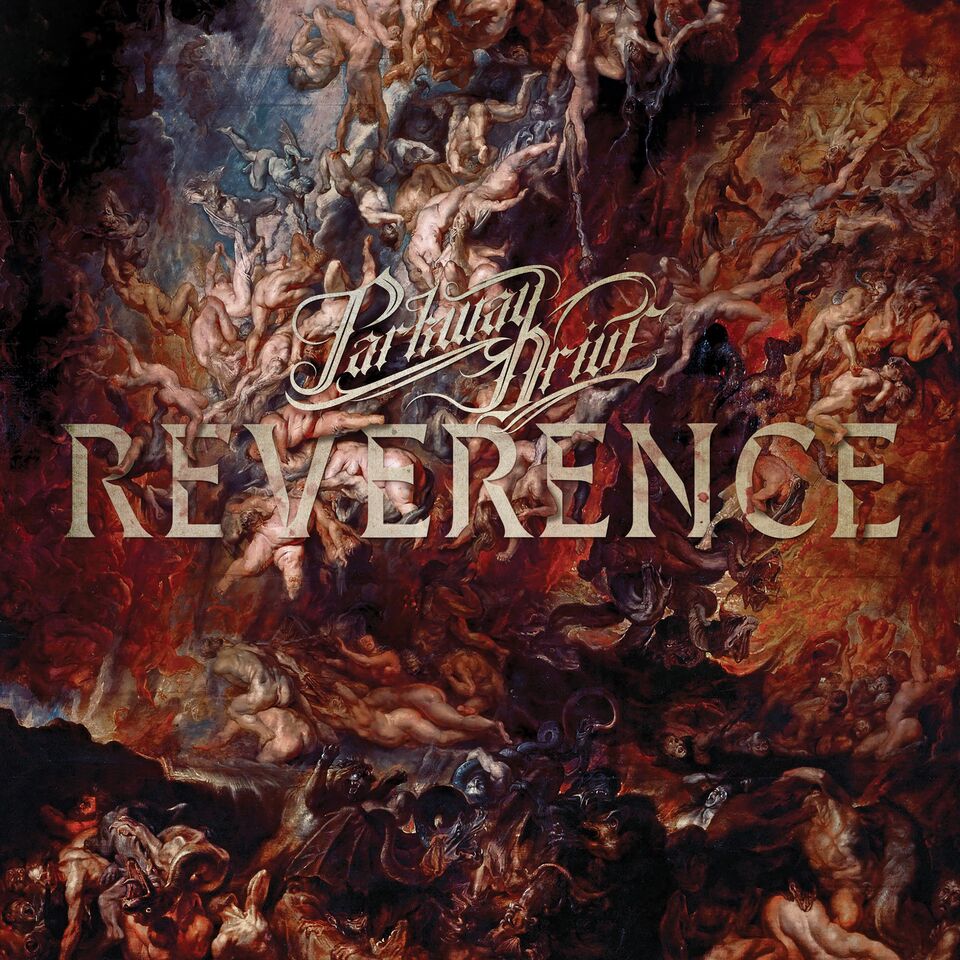 Parkway Drive has been making a big footprint in the metal world for many years now. Their powerful breakdowns and insightful lyrics are what got me quickly on board. This Australian Metalcore band began their journey in 2003 and consists of five members; Ben “Gaz” Gordon (drums), Luke “Pig” Kilpatrick (rhythm guitar), Jeff Ling (lead guitar), Winston McCall (lead vocals), and joining in 2006, Jia “Pie” O’Connor (bass guitar). Parkway Drive is a force to be reckoned with, and although their sound has changed over the years, they are still killing it in the metal world.

The band’s latest effort, Reverence took me a few times of listening to get used to the newer sound. I heard there were changes being made, and that they were wanting to go in a different direction, but I was not fully prepared the shift in style. Now, don’t get me wrong, I enjoyed it from the first listen, I was just struggling with what I knew and loved about Parkway, no longer sounding the same. They have put a thrashy spin on some of the songs. As a big fan of thrash, this was a pleasant surprise. The whole album is unpredictable, which is something I really appreciate about a record. There are many different musical approaches and vocals throughout the album, which makes it far from boring.

It begins with “Wishing Wells”, which starts off a little slow, with haunting vocals and lyrics from McCall. About a minute into the song, McCall screams as the music explodes into heavier riffs and drum beats. The whole track is a grand entrance into this musical expedition.

Song number two, titled “Prey” begins a lot more ruthless, with a catchy riff. The vocals are much more throaty and raspy and the chorus is catchy, but feels dark. I am not sure if he is talking about depression, but that is what I got out of it. I felt sad listening to it, even with the memorable tune.

“Absolute Power” has fantastic lyrics. Something I really love about this band is how their lyrical content helps spread awareness. This song is so damn captivating, it is quickly becoming my favorite on the album. If you decide to look up any lyrics on this record, look up this one.

Track five, “The Void”, was a song that was previously released. It is fast becoming a fan favorite with its intense drop downs and unforgettable guitar riffage. I enjoy it, but definitely not one of my favorites on this album. Which brings me to track six, “I Hope You Rot”, a maelstrom of in your face metal that is executed perfectly. You can hear the anger in this song, you can hear the frustration, and it just works.

“Chronos”, track nine, was the first song that really stuck out from the rest for me. It is powerful and beautiful. The guitar work is epic and his screams are passionate. Have I mentioned how much I dig their lyrics? This is another one that is magnificently written. I cannot speak highly enough about this song, it is so well done.

The final track is absolutely heartbreaking and will likely resonate with most. “The Colour of Leaving” speaks of losing someone you have been close to and the emotions and thoughts that go with that hurt. These lyrics are so sorrowful, raw, and visceral. This one will be on repeat for many in their times of need.

Reverence may require a listen if you are a big Parkway Drive fan. It is different, it is a change, but it is brilliant. Reverence is an emotionally charged behemoth of a record that radiates in its dynamism. Sometimes when a band moves in a different direction, it is not well-accepted by fans. I believe this album will not only be embraced by the old fans that actually give it a chance, but will also create a whole new population of fans.