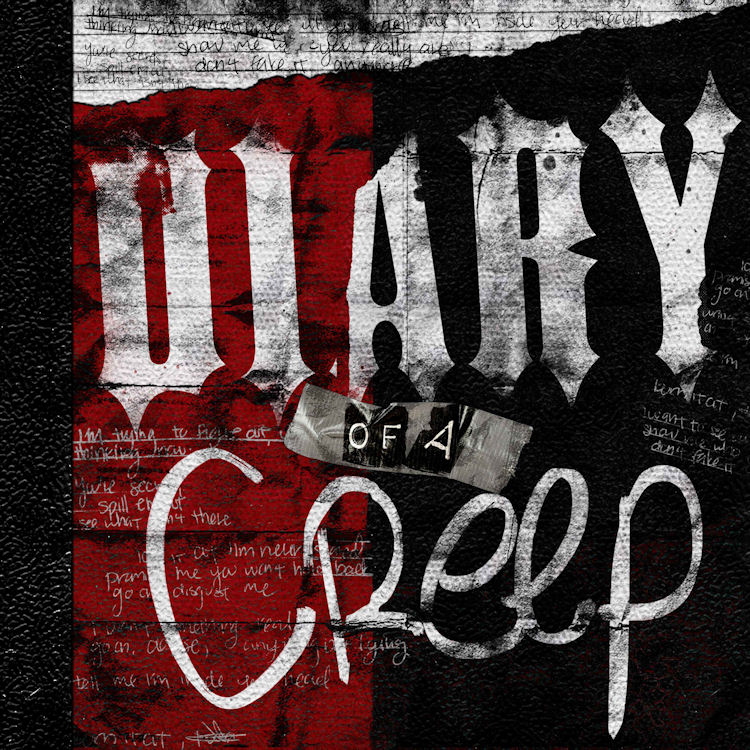 I am always searching for new music to fall in love with, especially when it comes to female-fronted metal acts.  In a sea of options that frequently look very similar, I was surprised to discover New Years Day.  They have a fresh, intense style that probably draws energy from the SoCal sun. I would describe their style as hard rock with industrial elements. Vocalist Ash Costello and company have released  their debut effort, My Dear, in 2007, followed several years of creative growing pains. The band hit again in 2013 with their major label debut, Victim to Villain, which features mainstay guitarist Nikki Misery. The group’s 2015 release, Malevolence has taken New Years Day to the next level.

Malevolence was the first I heard of their music, and now I am totally impressed by their latest effort, Diary of a Creep. Here we have five tracks worth of covers, and one new track, “Disgust Me.”  I find each cover has a unique take on the original.  For instance, “Crawling,” by Linkin Park, would be perfectly at home on a playlist you could dance to, among tracks from Omega Lithium, Rob Zombie, and Kidneythieves for instance.  The nineties hit, No Doubt‘s “Don’t Speak” is well-dressed up with a background of strings, becoming a peak experience to listen to. They also deliver industrial-tinged take on the classic Pantera crusher, “Fucking Hostile,” that is easily the EPs heaviest track.

Out of all six tracks, I would say my absolute favorite is the cover of “Only Happy when it Rains” featuring Halestorm’s Lzzy Hale: The track originally penned and recorded by Shirley Manson and Garbage.  However the entire release is a blast.  New Years Day continues to develop their style with each album. It is complex, distinctive, and a lot of fun. Diary of a Creep is a fun album for hot summer days and beer-drenched parties, if this is your style of music.

I seriously wish I would have discovered New Years Day back when I first found my way into the world of female-fronted metal.  They would have been right up there with bands like In This Moment, Kittie, and Otep.  Ash Costello sings with a powerful style reminiscent of Chester Bennington at times. She and her supporting musicians continue to impress on Diary of a Creep, and I look forward to more.