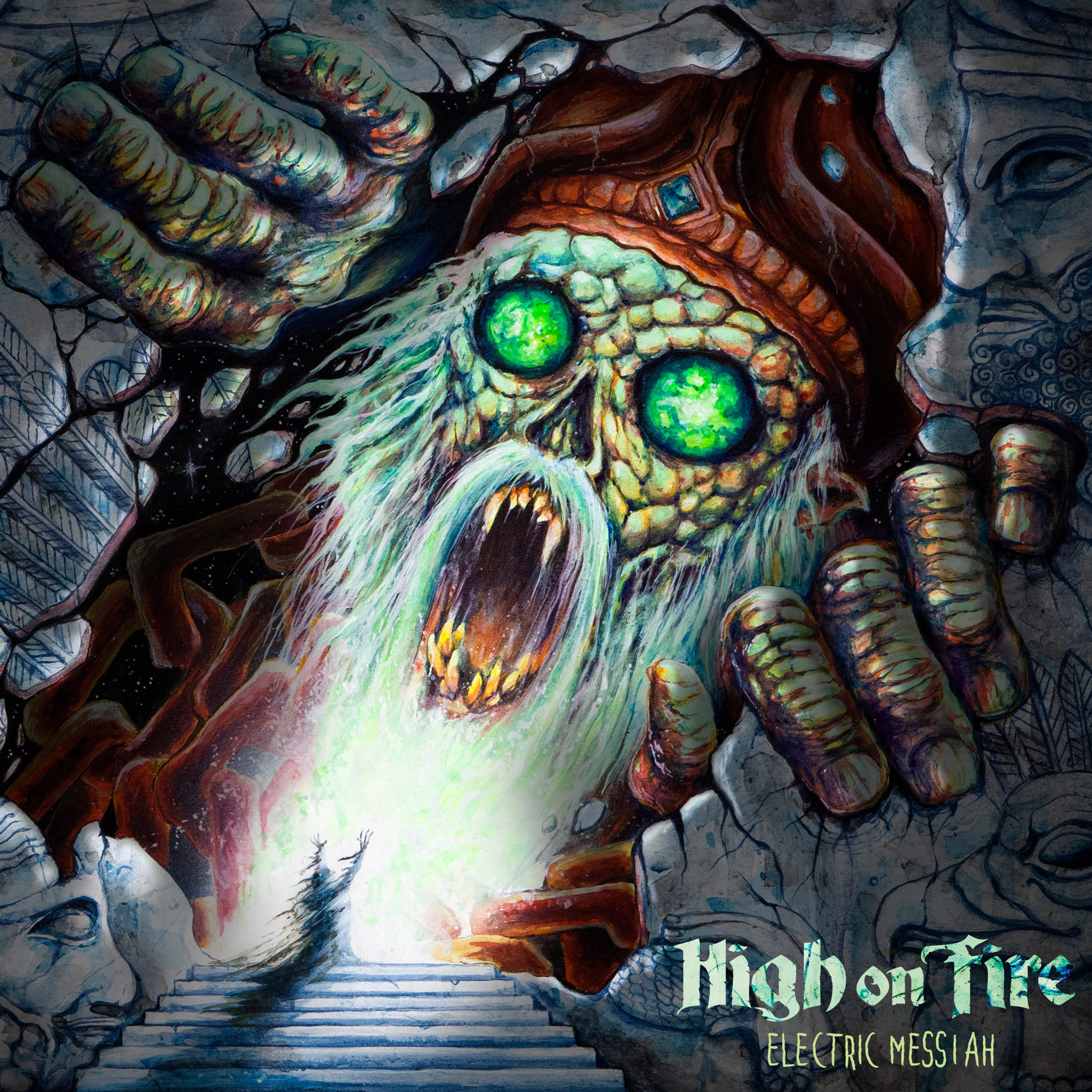 Let’s face it. There are some absolutely sweet aspects of being a dude. We can converse entirely in movie quotes. We have the full use of the “pull my finger” trick. And the everlasting inside joke might be one of the absolute all-timers. There’s nothing more annoying to our lovely spouses or people in general than a few guys laughing year after year at the same, dumb and completely confounding joke. One of my favorite inside jokes is ranking Matt Pike’s t-shirts from all of the live shows or interviews he’s done. (Yes, there’s actually a list out there, and yes, for those of you who know where this is going, it’s that funny). My good friend and fellow Metal Nation contributor Chris Cox and I share that joke on a consistent basis, but there is nothing to joke about when it comes to the music of High on Fire. Rising from the inner coast of the Bay Area in Northern California, High on Fire is set to release its eighth studio album, Electric Messiah on October 5th. It is a welcome and triumphant return to the sound that put them on the metal map in 2000.

An homage to the recently departed Lemmy Kilmister, Pike and mates Des Kinzel (drums) and Jeff Matz (bass), Electric Messiah pounces on you from the first note with the pounding and pace that has etched High on Fire into the pantheon of metal for nearly two decades. I can usually try to describe a band to a friend by combining the sounds of two or three other bands. For some reason, High on Fire doesn’t lend themselves to that method of identification. That alone should set the tone for how different their sound is, but how it really is the root sound of metal. When Black Sabbath and Led Zeppelin came around, there was little if anything to compare them to. HoF stands on its own as an American three-piece metal band that defies genres and the temptation to become something they are not. The only description I can come up with that paints their picture accurately is the heaviness of Swedish metal combined with what it probably looked, smelled, and sounded like during the Black Plague. Pike and Co. just flat-out bring it on every record and every song. You know exactly what you will get from an album, and you will be absolutely agape at the raw power they bring to the stage. For three men to produce music with such a deep and dark pulse is mind-altering. Fortunately for the metal world Electric Messiah once again exhibits the greatness that is High on Fire.

Opening the pit is “Spewn from the Earth”, a track that sounds like it escaped from 2007’s Death is this Communion. Pike’s calling card of vibrato in between speed runs of impaling riffage sets the pace for the remainder of the album. The solos that run throughout the record sound cleaner and more developed than ever, something the veteran listener of High on Fire will notice immediately. “Steps of the Ziggurat/House of Enlil” is the must-listen-to track if you are introducing someone to High on Fire. It takes the key elements from the best tracks from the last 18 years and puts them into a nine-minute journey to the inner temple of heavy metal. It is stunning and ferocious. It will easily be one of the favorite tracks on the record.

The inspiration for the album is found in the Kilmister tribute “Electric Messiah”. You will expect to actually hear Lemmy after the speed-infused intro. It doesn’t even give you a moment to catch your breath as it races through its core riffs and torrential solo. Pike’s scream for what feels like the last minute is well worth the price of admission.

“Sanctioned Annihilation” was clearly my favorite song of the album. Stealing a bit of the sound from “Bastard Samurai” to open, the fourth track showcases the songwriting ability of Pike and the flawless cohesiveness of Kinzel and Matz. This is also where the influence of producer Kurt Ballou (Converge) is most noticeable. As has been mentioned by other reviewers of the prior two High on Fire records, Ballou has found the perfect mix of sound and clarity for the Oakland trio. Somehow the four of them have “cleaned” up the sound yet let it continue to feel just absolutely filthy in the greatest way possible.

“The Pallid Mask” grooves through double beats and wails from Pike with ease, while also rocking with a stampede-type thunder and pace. “God of the Godless” is a classic example of the sound and style High on Fire have perfected. “Freebooter” takes that Dropped-D barre chord and runs it through the belly of the beast, not once stopping to breathe or rest. It has some of the more creative riffs and fills found on the record.

“The Witch and the Christ” literally hammers throughout with layer upon layer of guitar licks. It sounds like the last chapter of a Stephen King novel, just waiting for the next dark turn. Bringing it all home is “Drowning Dog”, a soaring and driving completion to the end of the record. It has a different feel and composition than most other High on Fire songs and it is, for lack of a better term, absolutely beautiful. It feels like the triumphant end to an incredible hero’s journey. And maybe that’s exactly what Pike hoped to achieve with their efforts on Electric Messiah. In the process of honoring a metal deity, High on Fire may have produced their best album. For longtime fans of the band, it is certainly up for consideration and very high on the list.

High on Fire is the American metal band that others should be compared to. They aren’t proggy, death, or any other classification you can come up with. They are metal. High on Fire have been and will continue to be relentless in their touring and contributions, never backing down or lightening up their sound to try to broaden their base. They ensnare you with their passion, purpose, and bone-crushing sound. Electric Messiah is a crowning achievement and that crown is undoubtedly well deserved. Lemmy would most certainly be honored. 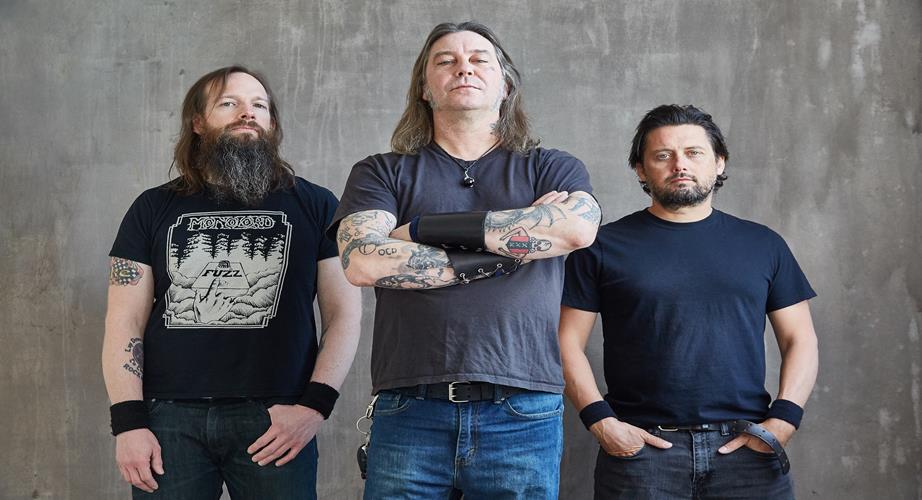