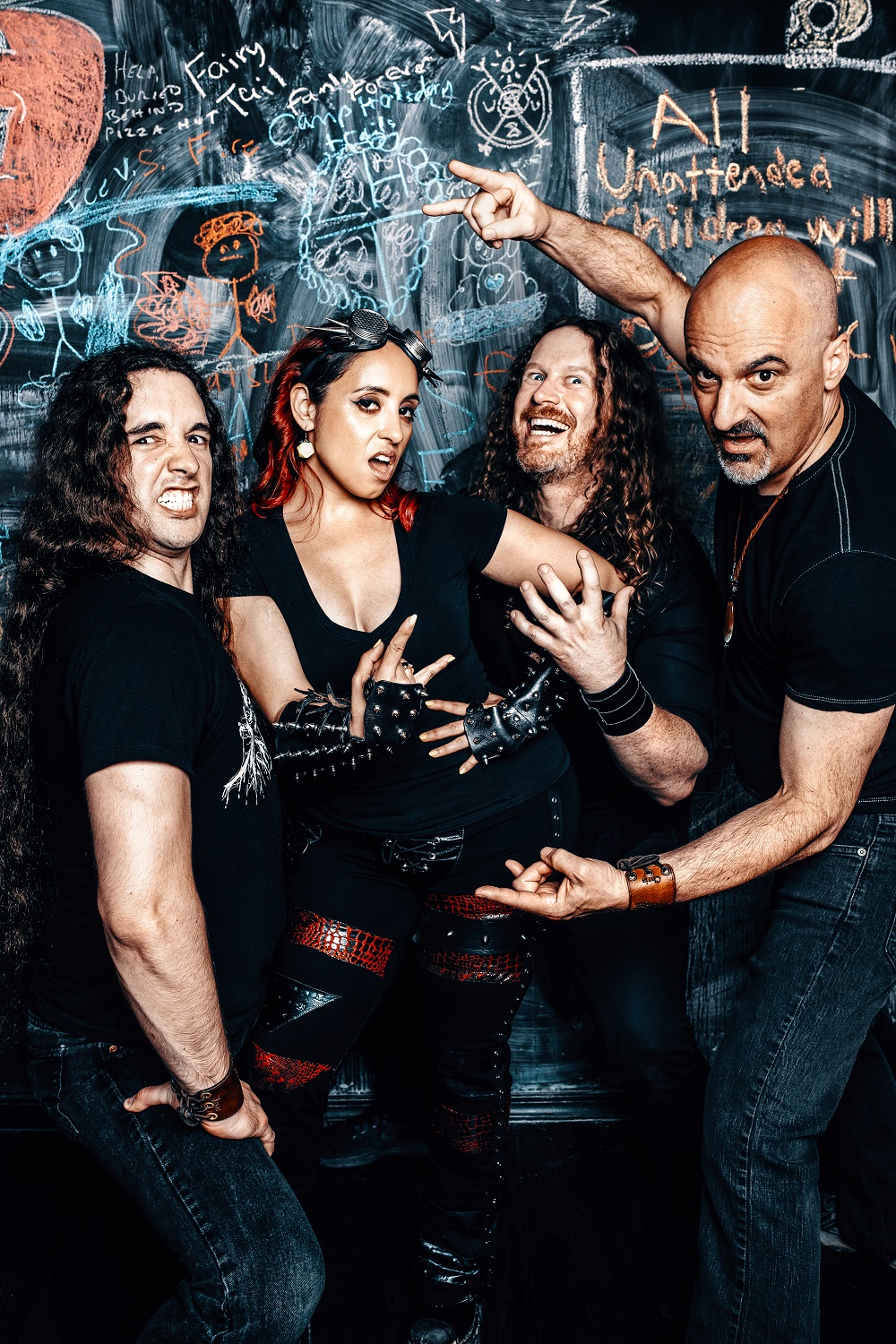 East Coast metal contingent,  A Sound of Thunder has always blazed a unique path in sound, style, and presentation.  The band, which is fronted by vocalist Nina Osegueda, along with composer/guitarist Josh Schwarz and the dynamic rhythm section of bassist Jesse Keen and drummer Chris Haren, have been as prolific and consistent as any rock fan could ask for. Over the course of the quartet’s first decade the band has released new music on a yearly basis, all backed by one of the most supportive independent fan bases in the world.  As A Sound of Thunder wraps its first full decade, they remain as determined and formidable as ever, and not even 35,000 pounds of rolling metal can slow their progress.

A Sound of Thunder vocalist Nina Osegueda was in a near-fatal car accident in  early July. After a period of uncertainty, Nina and band are back and have announced their new album Parallel Eternity. The album will be released in February 2020 and is available for pre-order exclusively on Kickstarter now. The album cover is by long-serving A Sound of Thunder artist Dusan Markovic. 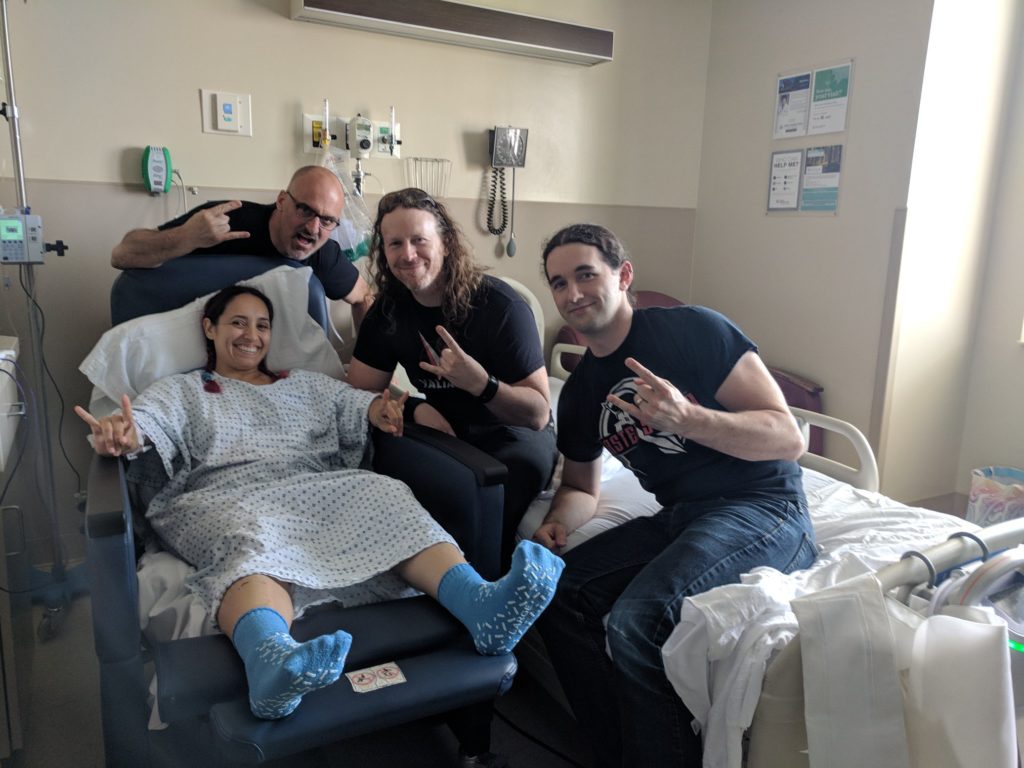 Osegueda sustained serious injuries when her car was struck by a commuter bus. Her vehicle was rolled and crushed by the impact. Though she suffered multiple bone fractures, she luckily escaped without any spinal cord damage or internal injuries. After being confined to a wheelchair for several weeks and intensive physical therapy, she has now made a near full recovery. Osegueda comments:

“That accident made me feel like I’m on borrowed time. I’m so grateful to be alive and well! It only solidified my desire to make music and keep going as long as I can!”

Parallel Eternity marks A Sound of Thunder’s tenth anniversary. To celebrate, the band collaborated with composer Brad Charles of Magic Giraffe Soundworks to create an album of orchestral metal. The centerpiece of the album is the fifteen minute epic track “Explorer”. Written and demoed in 2008 by guitarist Josh Schwartz, the timing was finally right to tackle this massive undertaking for the band’s 10th anniversary with a full orchestra to elevate the song. 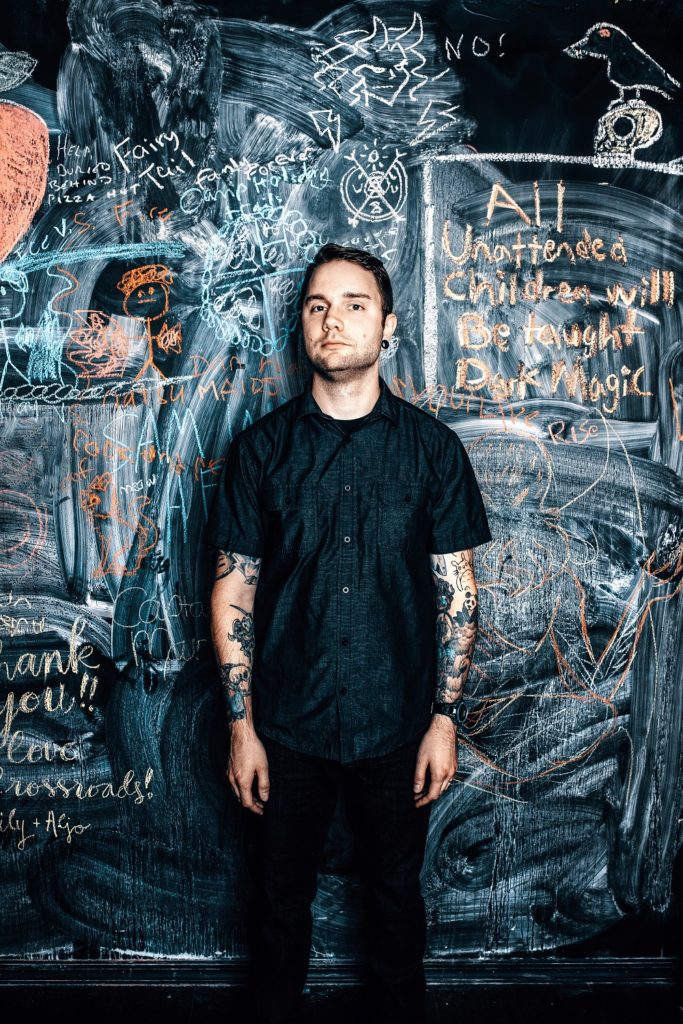 “Every band needs their epic; their ‘Rime of the Ancient Mariner’ or ‘2112’. ‘Explorer’ is ours. It takes you on a journey from metal riffage to delicate acoustic passages, and through a whole range of emotions.The addition of Brad’s orchestration takes the song to a level of power and grandeur that we haven’t achieved until now.”

The album will also feature fan-favorite songs re-imagined with full orchestration. The track list will include new versions of “Els Segadors(The Reapers)”, “Udoroth”, “Queen of Hell”, “Time’s Arrow” and more.

Parallel Eternity is available for pre-order now in digital, regular CD, deluxe 2CD digipak, and splatter vinyl formats. A number of other items including a deluxe oversized album booklet, art prints, t-shirts, bonus tracks and more are available exclusively on Kickstarter. Backers can also get their names in the album credits and get early access to the album by supporting the Kickstarter campaign. 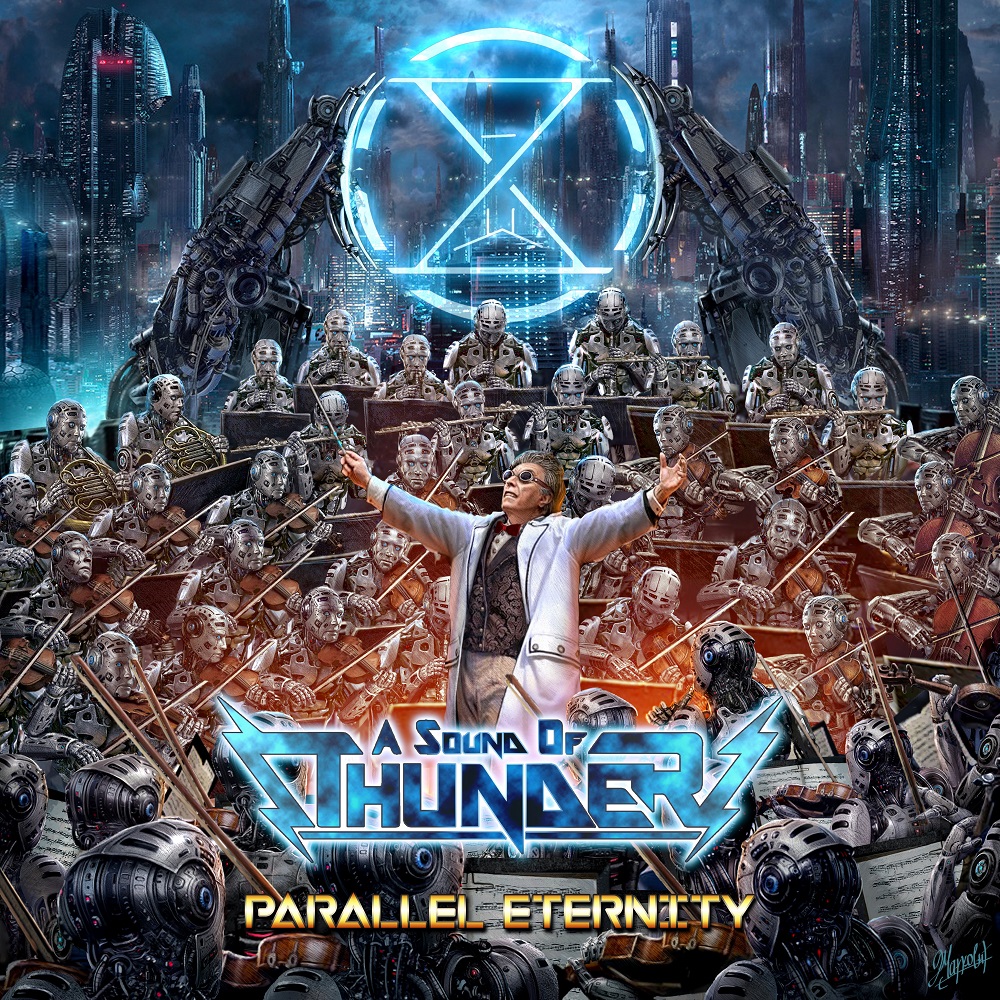 A Sound of Thunder is a heavy metal band from Washington, DC. They are best known for their cover of the Catalonian anthem “Els Segadors (The Reapers)” which was a Top 40 hit in Europe and won an Independent Music Award for Best Metal Song in 2018. The band was an early adopter and pioneer of crowd-funding and has successfully created music (including two Billboard-charting albums), animation and graphic novels on a 100% independent basis with the support of their fans. 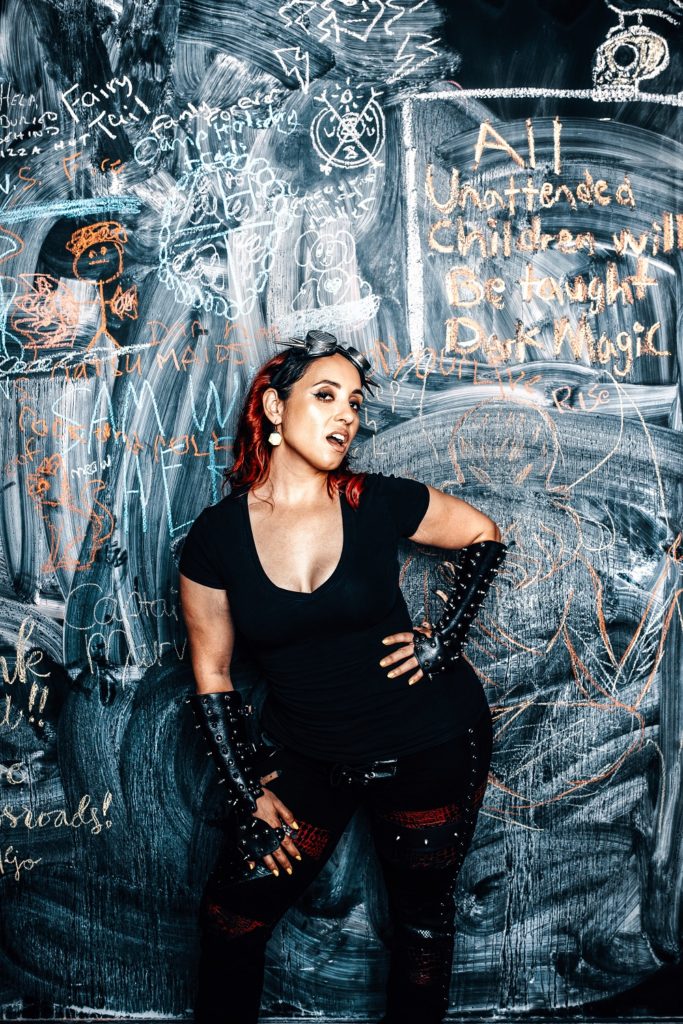