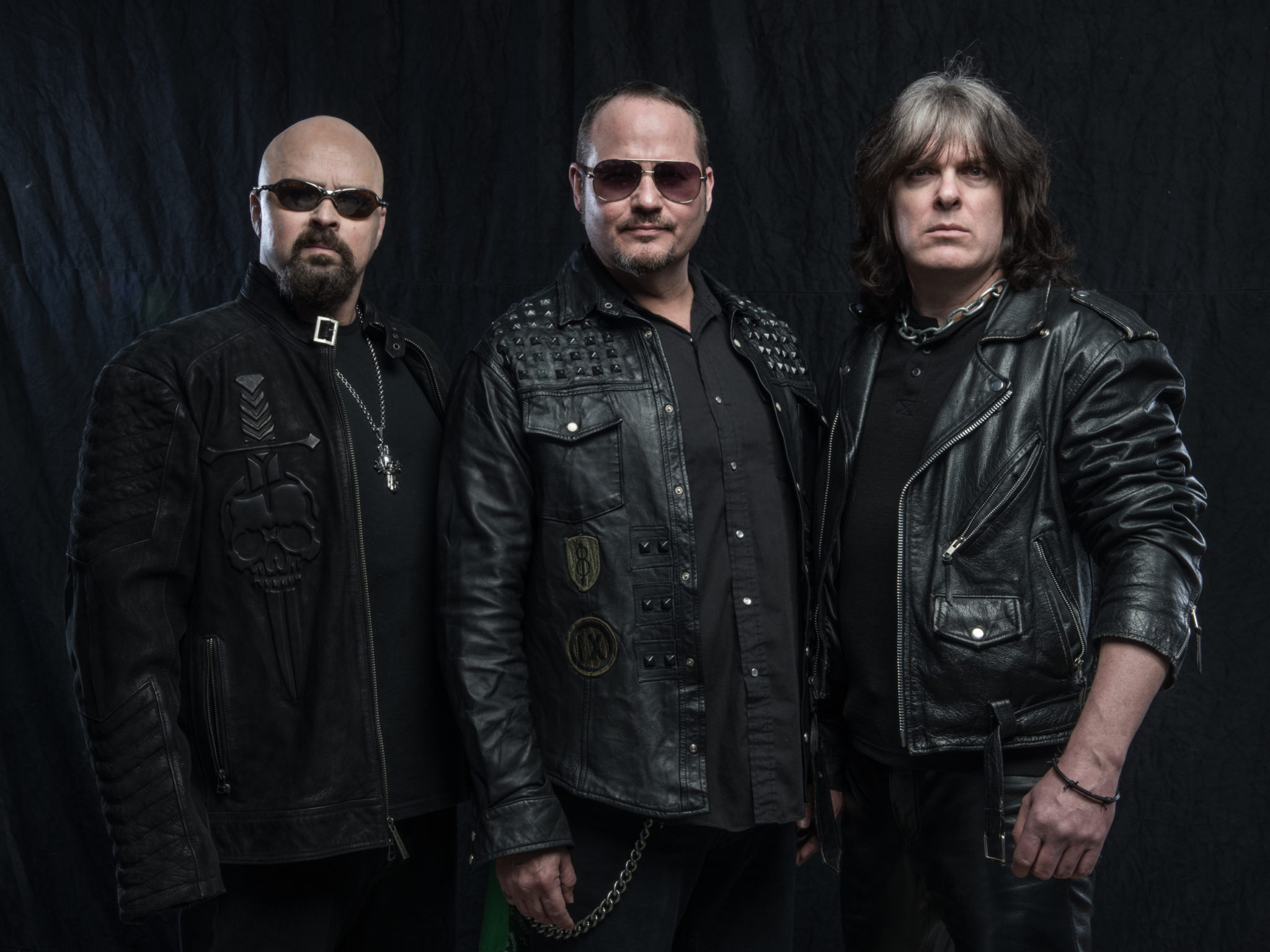 Have a sampling via these links:

When the Last Scream Fades – https://youtu.be/j_qEDLpOprM

Invaders from the Sky – https://youtu.be/RQIWS8SpyVY

The album will include twelve original songs total (over 60 minutes of music), and features all three singers on every track. A blend of songs that cover all the different heavy metal styles, the album features some of the most incredible metal vocal performances ever put to tape. Also included is cover art by Marc Sasso (who has previously worked with the likes of Dio, Halford, Cage, and Adrenaline Mob), while the CD will feature a 16-track digi-book, packed with incredible visuals and artwork. 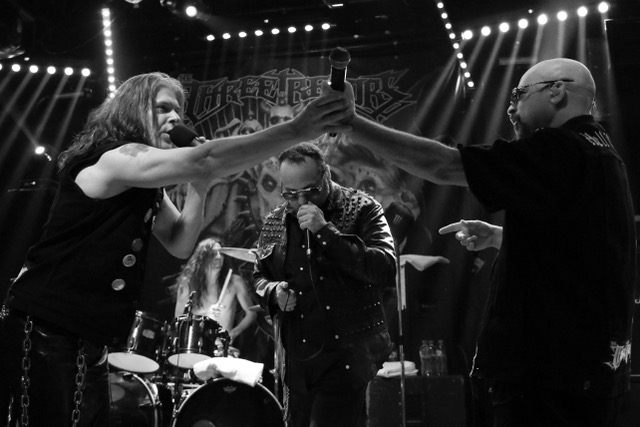 “We couldn’t be more fired up for the album to finally be released. We just got off our European tour and after playing the entire album live for 17 shows, we saw the reaction of the fans to these songs. It was incredible and so we have good reason to be excited for the rest of the metal world to experience this celebration of heavy metal!” – Sean

“This record is a throw-back to the glory days of heavy metal. It will make you feel like you are in high school again!” – Harry

“This is one for the true metal fans. I think this will exceed even their highest expectations. Great stuff!” – Ripper

Fans should also note that several special purchasing options are available via Pledge Music, which include bundles, shirts, patches, and other must-haves for headbangers: https://www.pledgemusic.com/projects/the-three-tremors

Fresh off of a European tour of 10 countries to promote the release of the album (where the album was performed live in its entirety to rave reviews), the Three Tremors nourish in heavy metal anthems, and feature the illustrious chops of guitarist Dave Conan Garcia, whose tenacity fuels the fire, allowing the music to naturally flow in complimentary tone. Second guitarist Casey Trask picks up the pace and pushes the boundaries alongside bassist Alex Pickard, who highlights a melodic sensibility giving character to the overall tonality. On drums, the thrash machine Sean Elg adds in his perfectly placed fills and signature double bass patterns.

And in 2019, metalheads will finally get to hear what will undoubtedly be one of the most vocal-heavy metal releases of all-time, by the Three Tremors. 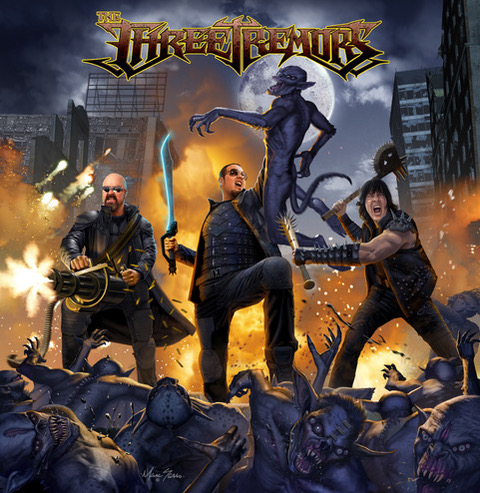 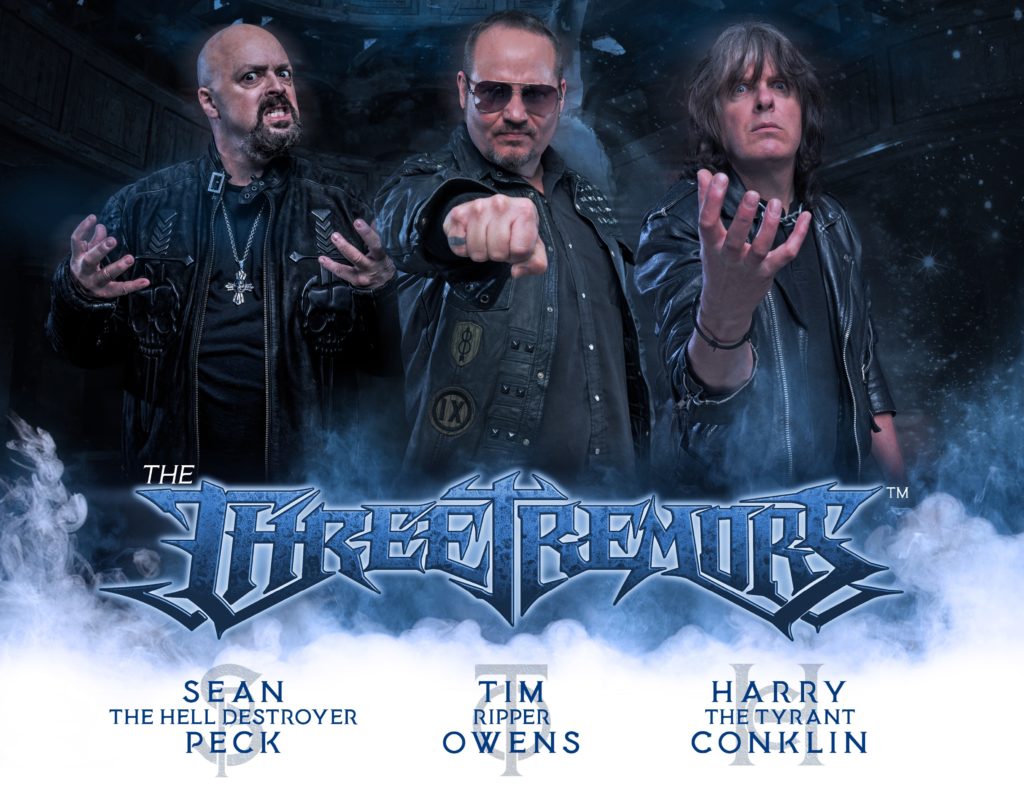 Three times louder than a sonic boom, three fingers on the hand of doom!” is how the Three Tremors is being described. And when you find out the stellar line-up, there is no denying the mighty vocal power that the newly formed outfit possesses – Tim “Ripper” Owens (JUDAS PRIEST, ICED EARTH, DIO DISCIPLES), Harry “The Tyrant” Conklin (JAG PANZER, SATAN’S HOST, TITAN FORCE), and Sean “The Hell Destroyer” Peck (CAGE, DENNER/SHERMANN, DEATH DEALER). And on January 18, 2019, metalheads worldwide will be able to behold the power of the Three Tremors, when their self-titled debut album will be unveiled (with a full tour following immediately thereafter).

“Sean’s band, Cage, opened for Judas Priest on the ‘Jugulator’ tour in San Diego – that is where I first met him,” recalls Ripper. “He hit me up about resurrecting the idea and actually doing a record, and then a band, to put this out in the live setting also, and I thought it sounded really cool. The record came out really strong and I think the fans deserved to have a thing like this actually exist. We performed 2 of the songs live already when I was out in San Diego shooting the video for the first single, and it was a blast.”

“It was about 5 years ago, I was camping and thinking about the whole Three Tremors urban legend from long ago and what a shame it was that it never happened,” says Sean. “Then I started thinking about if there was a resurrected 2018 version of it, who would I get, and Tim and Harry were at the top of my list. I immediately reached out to Tim, who agreed to embark on this adventure and Harry quickly joined next. It took a long time to put it together, create the right songs, and get it properly arranged, but the results are beyond my wildest expectations. I think the fans are really going to freak out on what we have done with this record, and live it’s going to be almighty I assure you!”

“Sean and I ended up at a party together in Germany, where we were both playing the same festival, and he told me about the Three Tremors album he was putting together and asked if I would be into it,” adds Harry. “He described the concept and how he wanted to bring this old idea to actual life and I said I was in. Once I started hearing the songs that were being sent over for me to record, I knew this thing was going to be really powerful. Then when I got sent the final mixes with all three of us on it, my jaw hit the floor on how well it all came together. For heavy metal fans, this is the ultimate.”

The Three Tremors nourish in heavy metal anthems, and feature the illustrious chops of guitarist Dave Conan Garcia, whose tenacity fuels the fire, allowing the music to naturally flow in complimentary tone. Second guitarist Casey Trask picks up the pace and pushes the boundaries alongside bassist Alex Pickard, who highlights a melodic sensibility giving character to the overall tonality. On drums, the thrash machine Sean Elg adds in his perfectly placed fills and signature double bass patterns.

The Three Tremors self-titled debut album will feature 12 new songs that depict monumental stories of time honored heavy metal themes as written by Sean “The Hell Destroyer” Peck, focusing on original concepts to highlight three of the most revered and relentless voices in heavy metal.

The Three Tremors will court you in to an entirely new atmosphere unlike any group before! Prepare for the most thrilling heavy metal record to date!