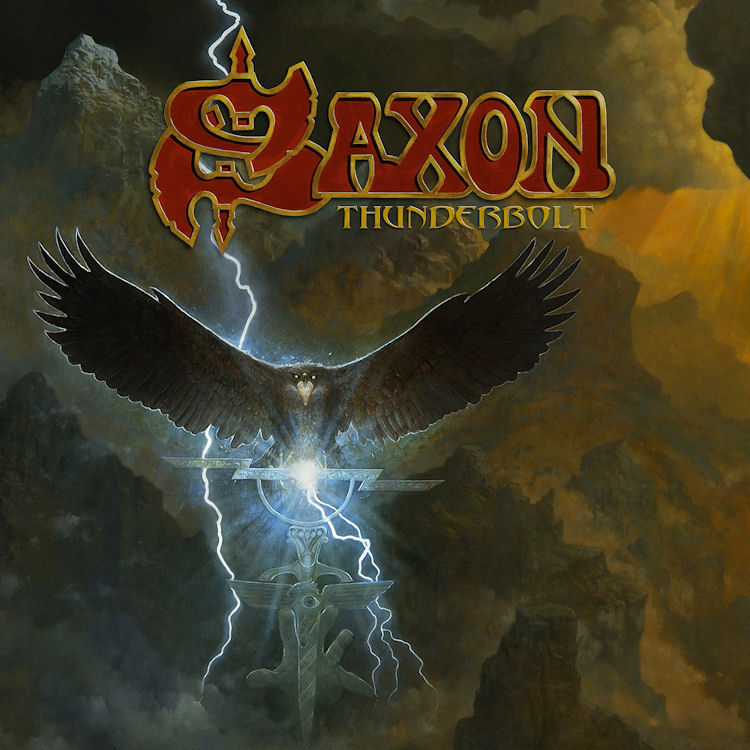 It has long been suggested that the only things one can truly count on in life, are death, taxes, and perhaps corrupt politicians. None of them good things, to be sure. I would argue, justifiably so, that on the positive side of that equation is Saxon. The English metal stalwarts are beginning their fifth decade of creating head-banging, no frills music that stands the test of time. Moreover, they are as timely and sonically consistent with their releases as any fan could ask for. This would include the band’s latest effort, Saxon’s 22nd studio album Thunderbolt, and the follow-up to 2015’s stellar record, Battering Ram. The band once again turned to master production God, Andy Sneap to bring out Saxon’s crisp and muscular sound. Iconic vocalist Biff Byford continues to helm the British beast along with steadfast battle mates, Paul Quinn (guitar), Nigel Glockler (drums), Nibbs Carter (bass), and Doug Scarratt (guitar).

Thunderbolt opens with “Olympus Rising,” the dramatic precursor to the record’s title track which pays tribute to Greek mythology. The opening riffs are razor sharp and are complimented by driving rhythms, an anthemic fist-pounder of a chorus that recalls vintage Saxon, and of course, Biff’s own timeless vocal thunder. Staccato guitar notes and militaresque drums set the tone for “The Secret of Flight,” a song that continues Byford’s passion for all manner of human transportation.

The atmosphere gets darker for the chugging and ominous “Nosferatu (The Vampire’s Waltz),” replete with creepy organ intro and soaring vocals. Splendid fretwork on this one. This is followed by the juggernaut tempo of the Lemmy and Motörhead tribute, “They Played Rock and Roll.” The title, an homage to Kilmister and his longtime mantra, “We are Motörhead, and we play rock and roll.”

Next up, Saxon gets its rhythmic groove going with “The Predator.” Then tempo slows again for the lumbering mammoth, “Sons of Odin,” which circles back to the mythology theme. Byford amps up the metal swagger on the hammer-to-anvil crusher, “Sniper.” This is followed by the rolling riffs of “A Wizard’s Tale.”

To take Thunderbolt down the stretch, Byford and company put the pedal down on the propulsive fireball, “Speed Merchants.” Fantastic harmony guitar work from Scarratt and Quinn. The album closes out with a memorialized nod to the men and women who keep Saxon on the road night after night with “Roadie’s Song.”

After four decades, Saxon has mastered the art of crafting well-balanced, dynamic albums packed with memorable headbangers and timeless anthems. Thunderbolt is another significant example of the band’s passion for making potent and compelling music while also demonstrating respect for the fans that expect more than the laurel-resting fodder some of their contemporaries have been guilty of. Each track is highlighted by Byford’s voice which continues to be one of metal’s most authoritative, charismatic, and recognizable in heavy music. Scarratt and Quinn remain one of the most underrated guitar tandems in metal, and the battery of Glockler and Carter is equal measures aggressive and dynamic. Thunderbolt sets no precedence but rather stands as the next chapter in Saxon’s influential legacy. 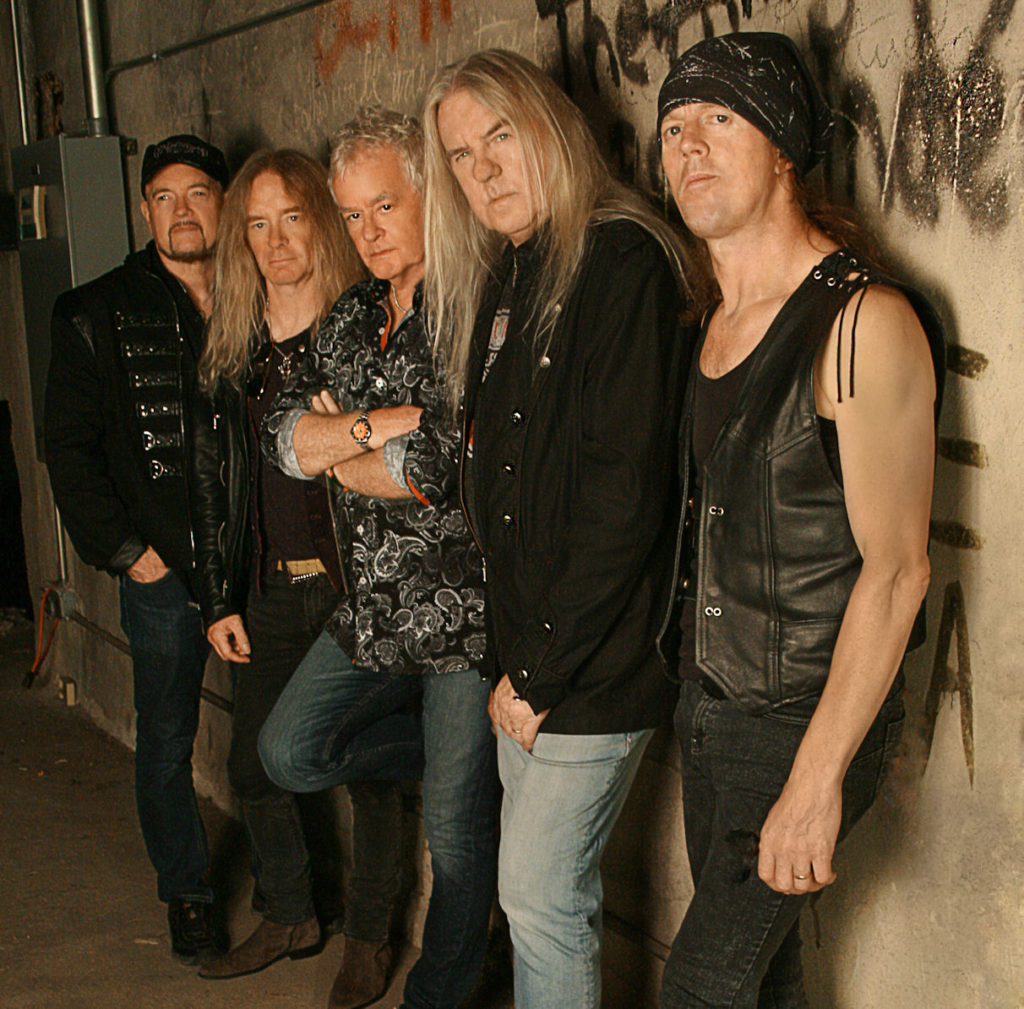