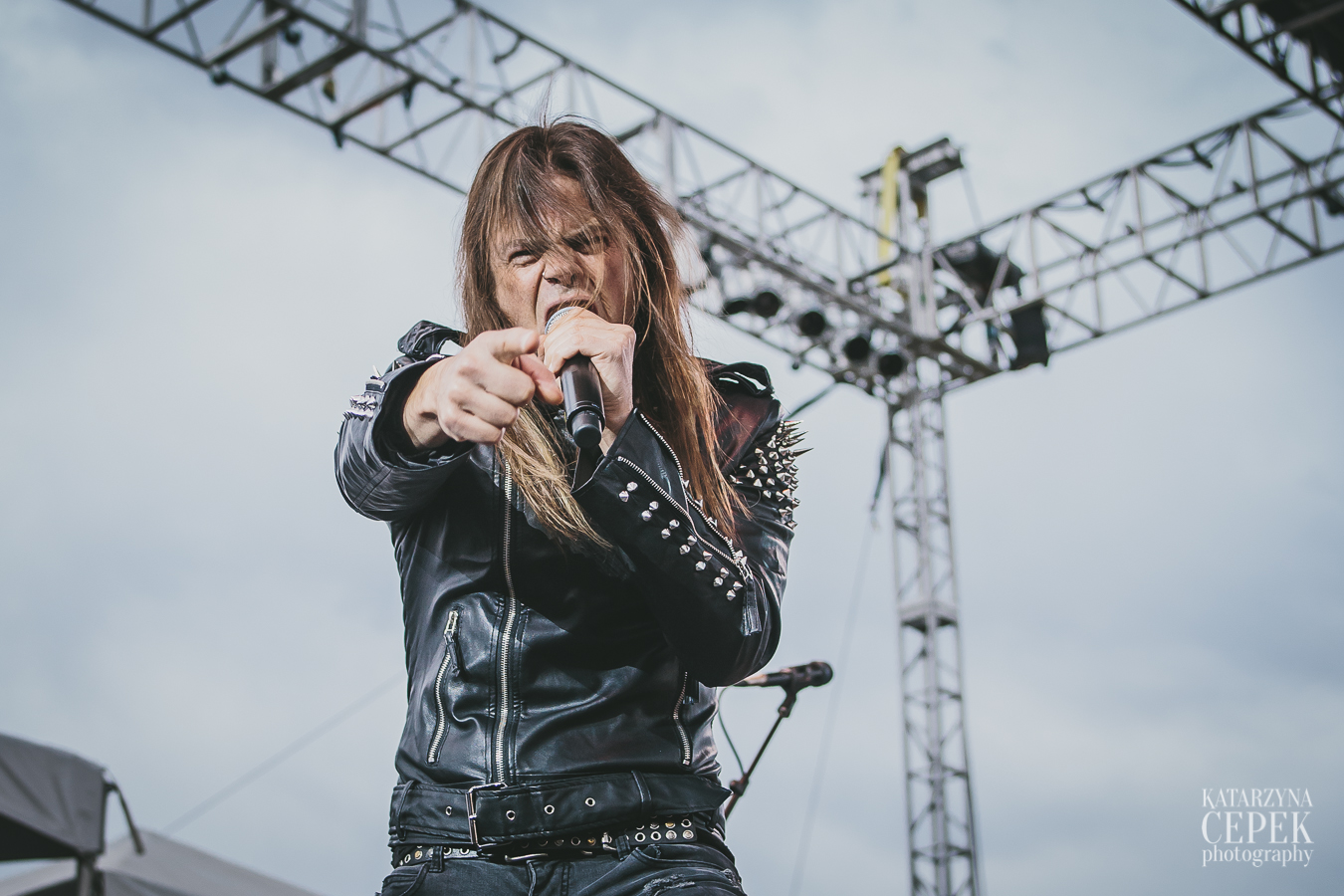 Seattle’s Queensrÿche have made the road their primary home for the better part of the last three years. The original trio of guitarist Michael Wilton, bassist Eddie Jackson, and drummer Scott Rockenfield, along with guitarist Parker Lundgren and vocalist Todd La Torre, are on a mission to remind longtime Ryche fans that the band is back and more energized and passionate than ever. The band’s 2013 self-titled release, the first with La Torre on vocals, signaled a long-awaited return to the band’s signature sound.  Queensrÿche favorites were once again performed nightly, and blended smoothly with the group’s classic style. This is a band rejuvenated and energized, and once again riding a wave of creativity and renewed enthusiasm for performing.

This fall the band is set to release its newest studio album, Condition Human. To kick-start the current promotional campaign, the band is doing what it does best–taking to stages around the globe. The first stop is the Special Guest slot on the 50th Anniversary Scorpions Return to Forever Tour. This week, Metal Nation sat down with frontman Todd La Torre to chat about the new record, which will be released through Century Media Records on October 2. The band recently released the first single from Condition Human, “Arrow of Time”, which blends a perfect balance of classic Queensrÿche with a modern, updated feel.

Todd talks about “Arrow of Time”:

It’s the album opener, and some people have said, ‘Is this what we can expect on the record?’ No. It’s a sliver. It would be like saying, is ‘Silent Lucidity’ what we can expect of Empire? No. It’s one song among many. We like the song a lot. It’s a great, driving song. And that’s just one cool song we that we have among the total.”

Queensrÿche recorded 15 new tracks for the record, a dozen of which will be on the standard release, and the three bonus tracks will appear on some varied deluxe version of the record. Queensrÿche has been utilizing a crowd-funding Pledge campaign as a way of generating pre-sales of the record as well as offering fans an opportunity to get in on limited edition Queensrÿche items and merchandise.

In the interview below, Todd discusses the lyrical theme of the record, working with noted producer Chris “Zeuss” Harris (Rob Zombie, Huntress, Soulfly), and some of the things he did to showcase more of who he is as a vocalist on Condition Human.

Get some more insight into Todd with our in-depth conversation from earlier this year.