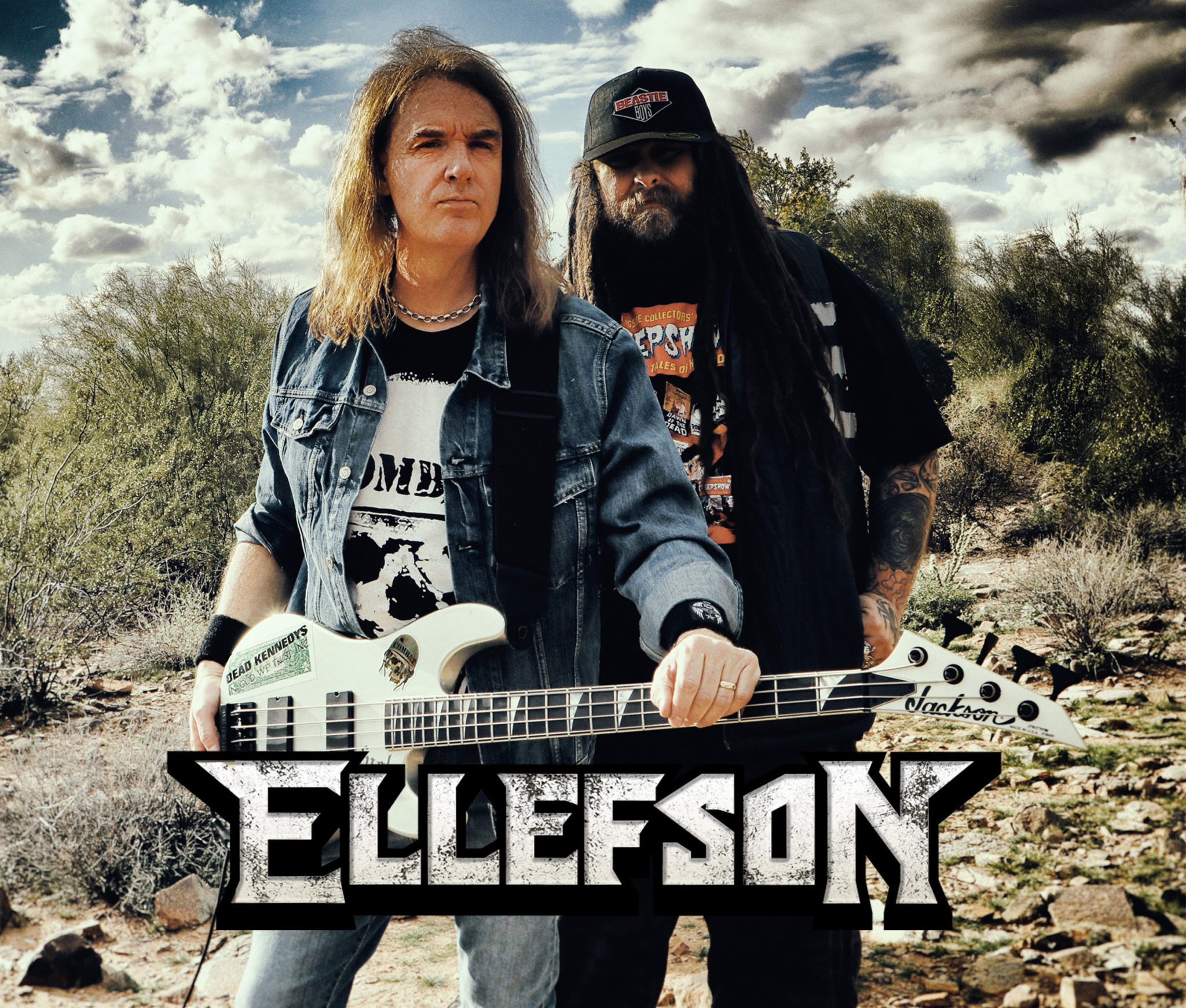 Grammy Winning Megadeth bassist David Ellefson is set to release “Simple Truth”, the new single from his eponymous solo band ELLEFSON in April, with all proceeds going to Italian Covid-19 relief. The track co-written by Ellefson and vocalist Thom Hazaert, with Italian guitarist and drummer Andy Martongelli and Paolo Caridi, will appear on the upcoming full length follow-up to the 2019 release Sleeping Giants, a B-sides compilation featuring several new songs, and reworkings of previous David Ellefson instrumental solo material co-written and produced by Ellefson and Hazaert. Sleeping Giants was released as a companion album “soundtrack” to Ellefson’s 2019 biography “MORE LIFE WITH DETH”, also co-written with Hazaert. The group have worked on the album remotely recording tracks in Italy, London, Phoenix, and Wisconsin during quarantine.

The track will be released on all digital outlets on 4/17, with a direct BANDCAMP release on 4/10, via Ellefson’s COMBAT RECORDS, with all profits from downloads and streams donated to the CROCE ROSSA ITALIANA, the Italian Red Cross, who are at the frontlines of the war on Covid-19, coordinating the nation’s pandemic response with Italy’s Ministry of Health.

“We actually wrote the song in Milan during a tour rehearsal, and a lot of it was recorded there. We’ve gone back and forth with Andy in Italy, from the Platinum Underground in Phoenix, and with our mixer and co-engineer Alessio Garavello in London. While we’re all staying positive and just keeping busy, it’s heartbreaking to see what’s going on over there with the death toll climbing every day.”

“We played several shows in Italy on our European ‘MORE LIVE WITH DETH’ tour last year, and I was just there with Megadeth back in February. It’s absolutely devastating to see what the country is going through right now. The people, and it’s culture, have been so welcoming to me over the years, that i’m honored to do anything I can to give something back to them during this time of need”

“While David has been there a million times over the years with Megadeth, our tour last year was really my first experience with the amazing people and culture of Italy. Now half of our band, who have become dear friends, live there, which makes it hit even closer to home. Working on this record with these guys, who are just going after it 100%, while basically at ground zero for this whole crazy pseudo-apocalyptic scenario we’re all living in right now, really gives you a different perspective.”

“Lyrically, the song is really about not giving up, and not taking any shit. Tuning out the noise and going after your dreams no matter what, and not letting anyone tell you can’t do something. And, I guess, living out the bizarre “ROCK STAR” like scenario of being in a band with David, the guy from Megadeth, who really was one of my idols, I guess it’s fairly autobiographical. But we’re all extremely proud of it, and really this whole record we’re making, it’s just a straight up, ass-kicking heavy Hard Rock record. There’s an amazing musical chemistry, and I know, personally, I can’t wait for people to hear it. And to be able to use it as an opportunity to give back to our friends in Italy, makes it that much more special.”