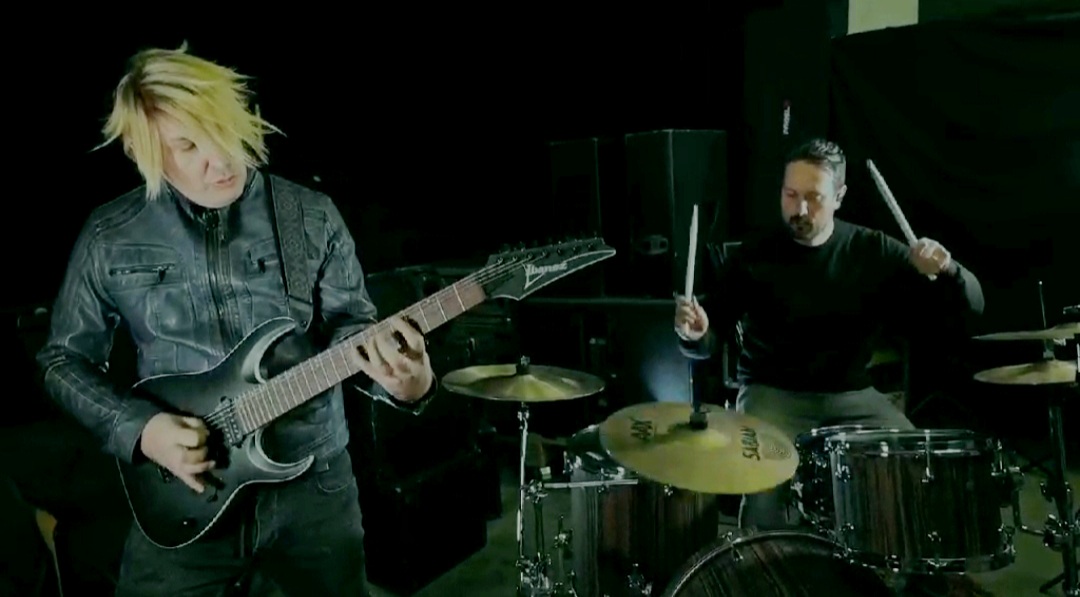 An interesting new band has been brought to the horizon, and while a name has not yet been decided, there is already a lot of curiosity behind what they will be up to next. Marko Celesty and Fabio Bule are the two talented musicians behind this mystery and are eager to get people listening and excited about what they are up to.

Metal Nation had a chance to chat with Marko about this new endeavor.

You are a new progressive metal band, do you have a band name yet? All I could find was the two band members names and the name of the first song, “Light of Transparency”!

“Actually we’ve been so focused on the music and the video that we never really thought of a name so we decided to use just our names!”

Light of Transparency has over 16K views already in only two weeks! Has that been surprising or something you knew would happen? It is a great song!! I love the progressive sounds and the backing soundscape. That is not easy to make those two work together, but you have done a fantastic job at it! Very impressive and talented musicians.

“Thank you! We really hope to reach the largest audience possible. We firmly believed that delivering a good song and working to produce a fine video was the right way and that somehow it would pay off; nevertheless we really couldn’t tell how it would be going once published. Let’s hope it continues doing well.”

You had Mike LePond of Symphony X on this track, do you plan to have other guest artists (I know you already said you are, but I am acting as if I don’t know assuming others will not lol!) and can you tell us who they might be?

“Yes, Mike performed great bass lines. He really is an awesome player and first of all he is really great as a person! We really really appreciated his collaboration. We are discussing with several artists, but we can’t tell you a name at this stage. The next single will probably be just the two of us as it’s already done and we don’t want to wait to long to make it come to life.”

Will you be releasing a full length album or LP?

“Yes, it’s definitely on our plans…it could be by the end of the year…or even earlier.”

What are you hoping to work toward in the future, what will the evolution be?

“That’s a tough one. You see, our goal is to deliver the best quality we possibly can and we both agree that composing new songs must come with no boundaries of genre in mind; so, as far as the style and sound goes, you can expect a lot more to come. As for the future of the project we will surely pushed it as far as we can.”

Who are some of your influences and favorite artists or bands?

“It goes without saying, we both have a musical background that deepens its roots in the progressive metal (Symphony X to name one…) but we listen to a wide variety of music ranging from Whitechapel (Fabio loves ’em) to Justin Bieber (Fabio loves also “Stay”), funk, electro funk, death core, metal core, swing, djent…you name it   😉 Fabio’s latest favorite are probably Oceans Ate Alaska, Spiritbox and Diablo Swing Orchestra. Marko finds a true inspiration in Jason Becker.”

Tell me about your gear.

What is something surprising about each of you that people might not know?

“Marko works as ghost producer and composer for many Hip Hop artist and composes music for trailers. There is one funny thing, lot of people tell him that he looks like real life anime character 🙂 🙂 🙂 Fabio loves playing live gigs…he hates going to others’ concerts ‘It makes me feel I wanna be in their shoes right in that moment. I’m jealous…'”

What can people do to support you two right now and moving forward?

“That’s an easy one: We need you to keep showing you appreciation and “love” and streaming our songs wherever you like on Spotify, Amazon, Tidal, Deezer, etc.”

“Never give up and work on yourself everyday! Don’t let others tell you what you can do and what you can not.”