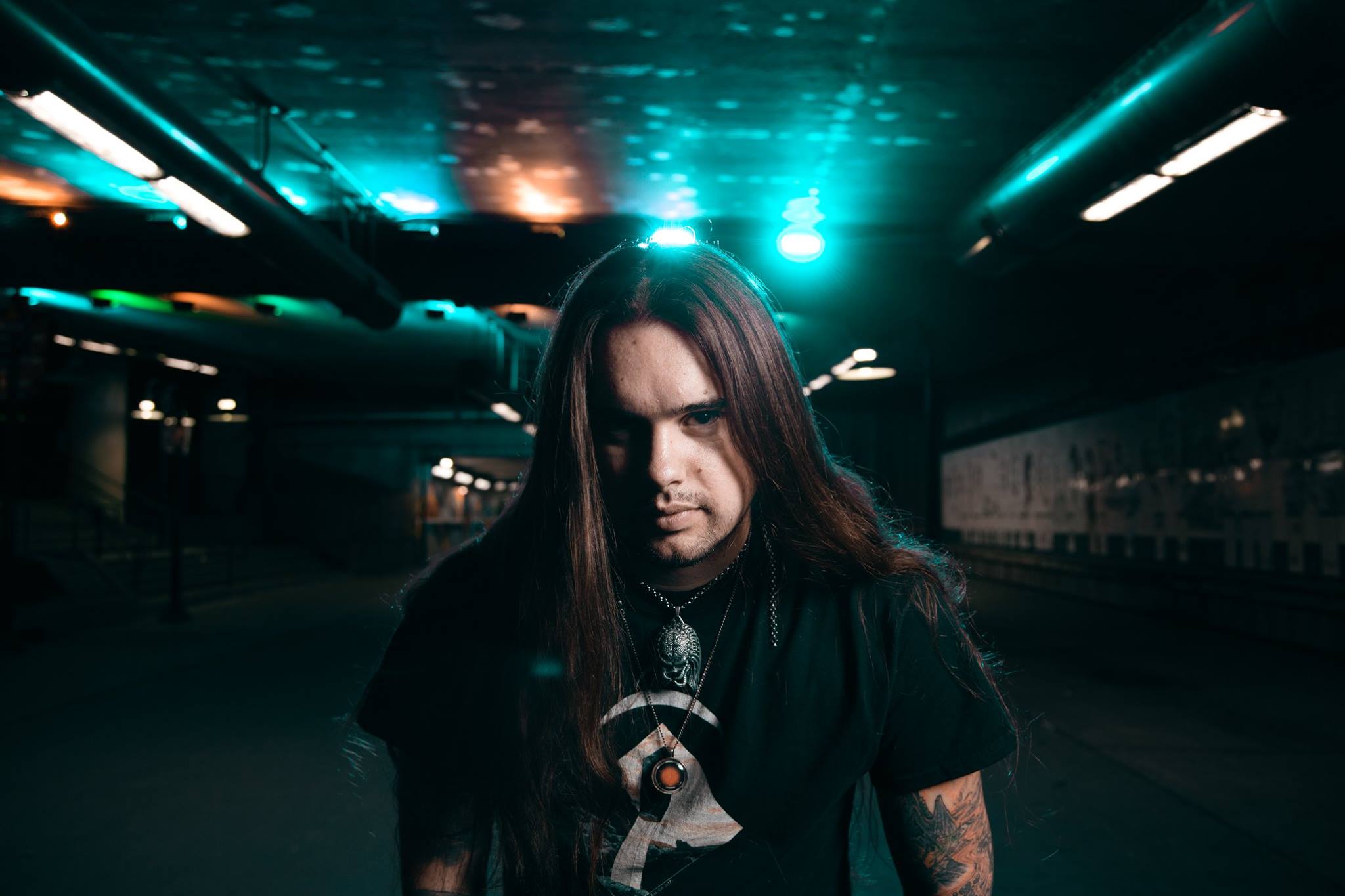 Guitarist and composer, Jason Ashcraft is the creative catalyst for Sacramento-based power metal contingents, Dire Peril and Helion Prime. A fan of science fiction, Ashcraft founded Dire Peril almost a decade ago, and immediately began crafting the songs that would become the band’s debut EP, Astrological Minds. Two more EPs would follow, but on November 9th, the band will release its full-length debut album, The Extraterrestrial Compendium. This follows closely on the heels of the sophomore Helion Prime album, Terror of the Cybernetic Space Monster, which dropped in late August.

In 2015, Ashcraft teamed up with the amazing vocal talents of John Yelland (Judicator, Disforia) who shines on Dire Peril‘s upcoming debut album. In the midst of working on The Extraterrestrial Compendium, Ashcraft teamed up with Graveshadow vocalist, Heather Michele to create Helion Prime. Where Dire Peril focuses primarily on sci-fi, Helion Prime is lyrically based on factual science. The duo released its debut EP in 2015, and followed it up a year later with an eponymous full-length, joined by bassist Jeremy Steinhouse and drummer Justin Herzer. The album impressed AFM Records who inked the band, and re-issued the record a year later. The success of Helion Prime and Yelland’s workload with Judicator pushed Dire Peril into temporary hyper-stasis mode.

In between releasing its debut album, and subsequent re-issue, Michele chose to leave Helion Prime to focus on Graveshadow. Where the band’s first album featured a series of guest guitar soloists, Chad Anderson (Dead Revelator, Disforia) joined as lead guitarist in 2016 alongside new drummer, Alex Bosson (Decomposition). After bringing in a temporary replacement, Helion Prime found its new voice in Cyprus-based vocalist Sozos Michael. On August 31st, the band released its sophomore album, Terror of the Cybernetic Space Monster, with the new line-up. Last month, the band hit the road for a very successful tour with Unleash the Archers and Striker, and this month, Dire Peril will support The Extraterrestrial Compendium with a mini-tour alongside Seven Kingdoms. This week, Metal Nation caught up with Ashcraft to talk about both bands, both albums, and both tours. 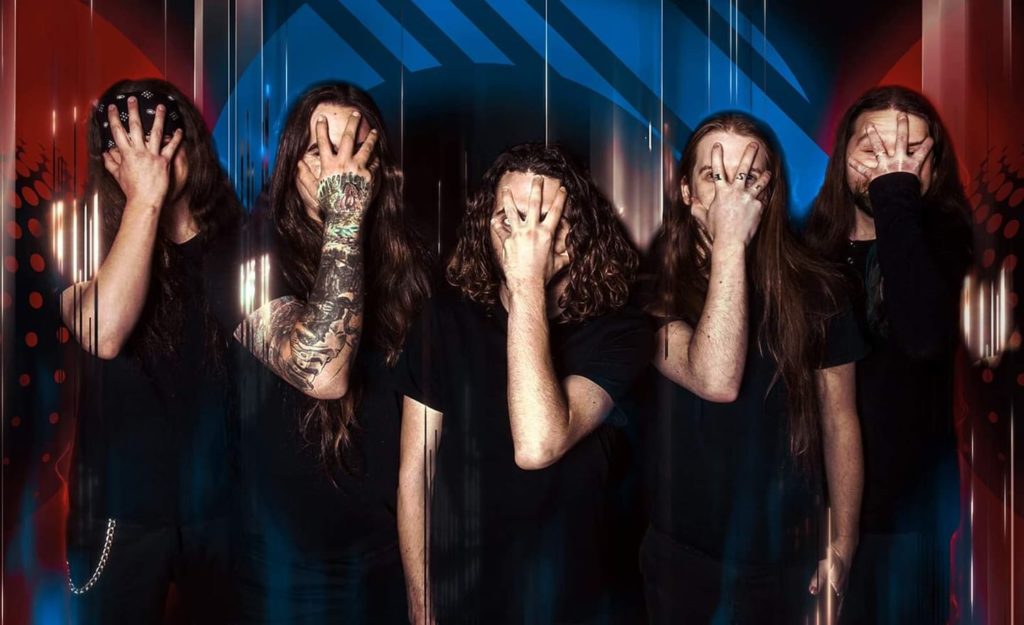 How did Sozos Michael change the dynamic of the new record besides the obvious vocal change, because if memory serves, you had much of the album written before he joined the band.

He definitely brings something different. Obviously he has that more European sound. I personally like it a lot. I think he’s fantastic. Musically, the entire album was already written. Even lyrically we were going to go in and I was going to be like, ‘Hey, we kind of need to start recording now, so I’m just going to have you sing what we write.’ Then he and I got talking, and he was listening to the songs and was like, ‘It’s a bummer I can’t write anything because I’ve hear some really cool ideas.’ So the first song he and I did together was ‘The Human Condition,’ and I was like, ‘Okay, show me what you’ve got. If you think you can write the lyrics by the deadline, then I’d prefer that you do it.’ Writing lyrics are not my strong point. I may get the general idea of the song, but putting them into beautiful words, that’s not what I’m good at. So if he could pull it off, I’d much prefer that. He sent me ‘The Human Condition,’ and I was like, ‘Yeah, you’re doing the lyrics for sure (laughs).”

And he’s got a degree in physics I believe, so he definitely fits into your creative passion for science.

Yeah, it worked out perfect. When he told me that it was like, ‘Of course you do, why not? Welcome.”

The first song I heard on the new album was “A King is Born,” which I believe is a reimagining of “Remnants of Stars.” It kind of gives Sozos an opportunity to put his own stamp on the song.

That’s sort of exactly what it is. With ‘Remnants’ I wasn’t always happy with how it was done. There were a lot of things musically that I wanted to do different. If you listen to it, the pre-chorus is completely different. The intro is slightly different. There’s things added here and there. It’s more of how I always wanted it. When we did the open auditions, one of the things we asked was for them to write their own lyrics for the music to ‘Remnants,’ because beyond being a good singer, I wanted to know what can you offer as a songwriter? So Sozos did that. But when we recorded the album, I wanted to step away from ‘Remnants’ altogether. That was the single. That’s done. But we had the music, and there’s the 17-minute closing title track, which is the story of Saibot, and the lyrical story of ‘A King is Born,’ is a prequel to that track. So it sort of brings the album full circle.” 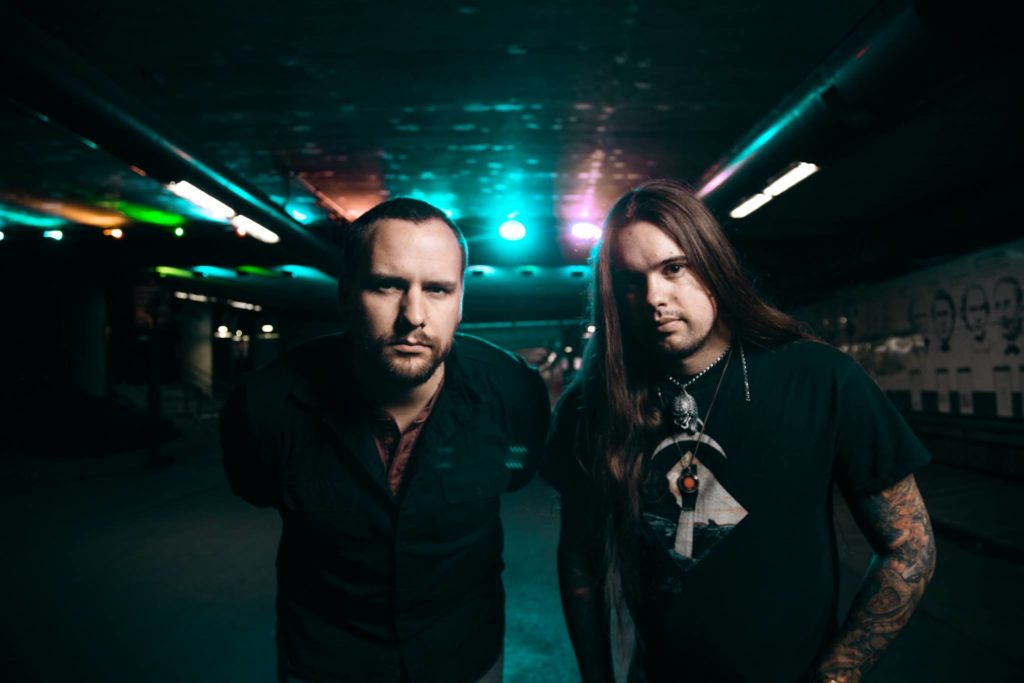 One of the guests on Terror of the Cybernetic Space Monster was your friend and tour mate, Brittney Slayes of Unleash the Archers, and she reprises her role on Dire Peril’s “Queen of the Galaxy” for The Extraterrestrial Compendium. Why did you choose to redo this track?

When it comes to a lot of the older Dire Peril songs, you definitely look back at things you’ve written almost 10 years ago, and I think I’ve become a little bit better songwriter since then. But that song I’ve always been very happy with, and I always felt it deserved a re-recording. And it fits the theme of the new album, being based on the movie Barbarella.”

Nice segue. Where Helion Prime is science related, Dire Peril is more science fiction focused, and this album is an idea you’ve had churning for a while. Tell us about it.

The album’s been in the works off and on for almost three years. The success of Helion Prime took a lot of my focus for a while and put this more on hiatus. The album idea is each song is based on a favorite sci-fi film of mine. That concept’s not new. Arjen Anthony Lucassen (Aryeon) did it with Star One, but it was something really fun that I wanted to do. If you sit home all day thinking ‘I can’t do this because someone’s already done it,’ you’re just never going to get anything done. When you think you have a really good idea—it’s been done (laughs). You just have to take it and make it your own. It’s really fun doing an album like this because you get to sit through and watch your favorites movies, and that’s ‘work.’ (laughs)”

Speaking of your hero, Arjen Anthony Luccassen, he lent his talents to the big album finale, “Journey Beyond the Stars.” How did that come about?

For me that’s like a landmark in my ‘music career.’ Getting Arjen is a dream come true. He is literally my number one when it comes to inspiration as a songwriter. I just love everything he does.

It’s funny, I sent him a friend request on Facebook, and he politely sent me a message saying, “Hey, thanks for the friend request. Unfortunately, I’m almost maxed out, so I need to keep it open for artists that I work with.’ I get it. I respect that. Then I was like, ‘Oh, artists you work with, huh? Well you know, I’m working on this album…’ And I just sort of asked him if he’d be interested in doing some vocal and guitar work on a track. So I sent him the track and he liked it, so obviously for me I’m like, ‘Arjen likes my song. Like, I’m done. I’m complete’ (laughs). So we got him on board and he tracked his vocals and did a guitar solo, and it turned out amazing.”

You can listen to the full interview with Jason Ashcraft below.