FROM ASHES TO NEW Interview: Dowdle and Madiro discuss The Future 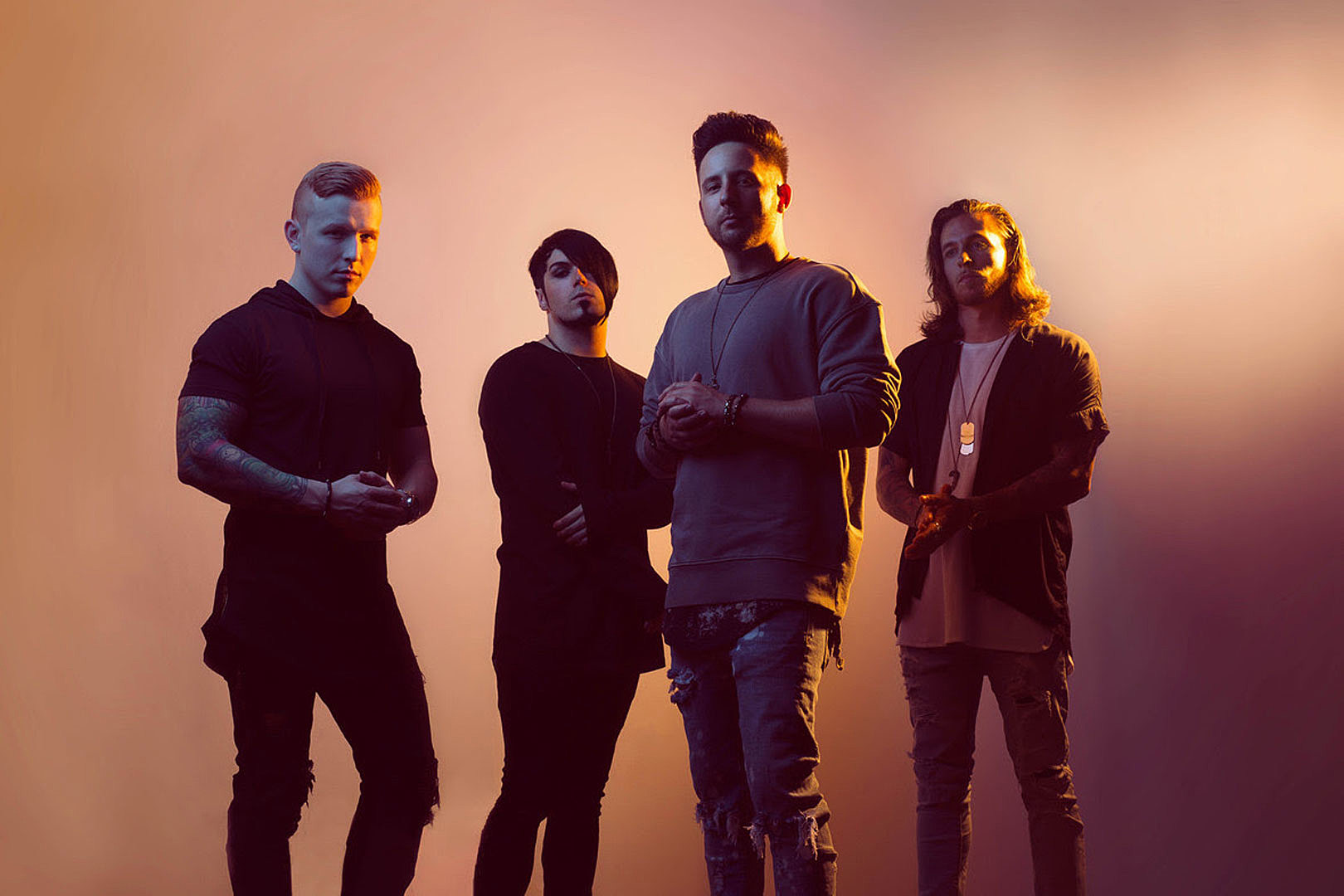 Pennsylvania’s From Ashes to New recently wrapped their tour with 10 Years. The band recently released the video for the track “Crazy” which will appear on their upcoming sophomore studio album, The Future. The new record will be released April 20 via Better Noise Records / Eleven Seven Music, and marks the recording debut for new drummer Mat Madiro along with new vocalist Danny Case. The duo join founding member Matt Brandyberry (clean and vocals, keyboards, rhythm guitar, programming) and guitarist Lance Dowdle. Metal Nation recently caught up with the Dowdle and Madiro who shared some of the band’s recent stories from the road, and all manner of nonsense.

Some may say, From Ashes to New started in 2013, but if you ask guitarist Lance Dowdle, he will tell you:

“From Ashes to New started in the 80s when Matt was conceived through consensual sex, by his parents.”

“From Ashes to New started in a hut where Matt would use his bad lyrics as fuel for a fire to keep him warm,” chimes in Madiro.

Dowdle and Madiro shared some of the bands recent stories and lasting memories from the tour.

The band’s inspiration for this tour was the Power Rangers, and if it isn’t obvious yet, they like to have fun. Madiro shares his tale on how he joined From Ashes to New.

“I was on a fill-in tour with From Ashes to New. I was serious, but jokingly said if anything ever happened to the drummer to let me know, and I would gladly join. It was just in the genre that I wanted to pursue.”

“I joined cause I was bored,” Dowdle said. “Just kidding, I was in another band at the time, but the old drummer asked me if I wanted to join so I said yes.”

The band touched on the Boise crowd after their performance.

“This was a smaller show for the tour, not the smallest, San Diego, but it was good,” Madiro said. “Everybody’s energy was good, and they seemed like they were having fun.”

“Tonight had the best response for the cell phone lighting,” Madiro said.

Epic randomness: In his free time Dowdle enjoys gaming. Madiro enjoys spending time with family, working on his Harley and going on motorcycle rides with friends.

“I like to think I could be a professional gamer,” Dowdle said. “I’m a fucking nerd all the way.”

“We share beds on days off,” Dowdle said. “Our whole existence is stupid, we are seriously goofballs.”

“In all honesty we throw Sour Patch kids at Danny’s buttcrack,” Madiro said. “Half the stuff we do is already online.”

“I have few philosophical shower thoughts for fans,” Dowdle said. “Do you think jellyfish are upset there are no peanut butter fish?”

“They probably are!” Madiro said.

“Okay, get this,” Dowdle said. “When you clean out a vacuum, you are a vacuum cleaner.”

From Ashes to New just released a track from their new album The Future titled, “Crazy.” The album is due out on April 20, but From Ashes to New will release a couple teaser tracks prior to the release. You can view the video for “Crazy” below.

Of the new album, Dowdle states:

“We have a bunch of little surprises, goodies and events coming in soon so we are hyping the release [on social media],”

Brandyberry offered from the stage that night:

“This track just came out 10 days ago and I already see people in the crowd mouthing the words.”