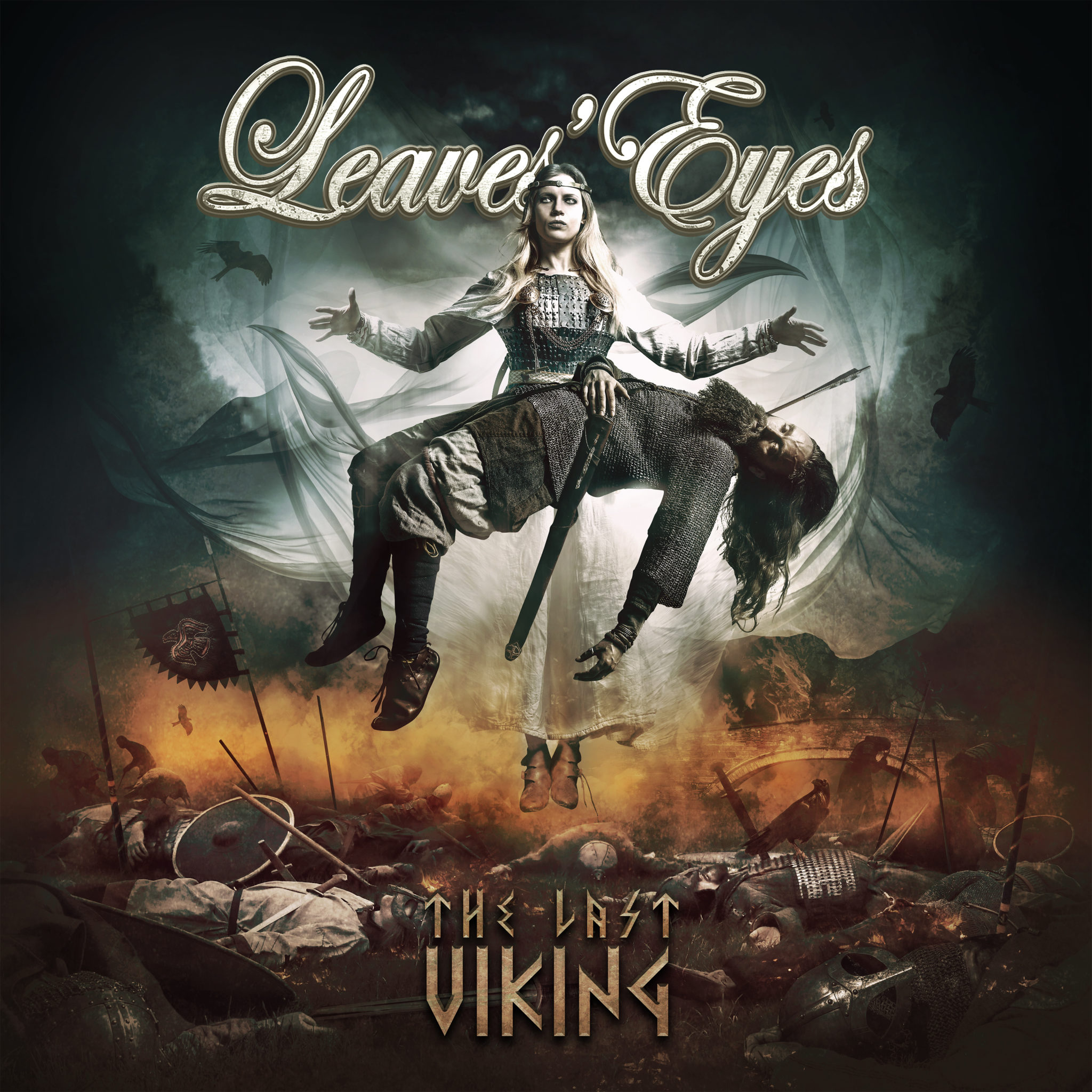 Admittedly, I have been a little unfair to Germanic symphonic metal titans, Leaves’ Eyes in recent years. The ugly departure of vocalist Liv Kristine in 2016 came as a gut punch for longtime fans. When the band immediately dropped a new EP, Fire in the North, to introduce new vocalist Elina Siirala (Angel Nation) it felt like a slap in the face to Kristine’s hordes of fans. The EP itself featured a truly tepid title track and reworked versions of songs from their brilliant final album with Liv, King of Kings. In 2018, the band released its first full-length record with Siirala (who happens to be related to Nightwish mastermind Tuomas Holopainen), Sign of the Dragonhead. It was an album I ignored for a good year or more in my disappointment in the band. Poor choice on my part as it turned out to be a pretty solid offering that really allowed the classically trained soprano to shine.

Lyrically, The Last Viking tackles the finale in its Viking saga, this time telling the story of Norwegian King Harald III, known as Hardrada (the Hard One). The year is 1066 in England where his last battle is fought to a bloody aftermath that ends in his demise. The 14-track album opens appropriately enough with “Death of a King,” an ominous instrumental portent of what is to come. This segues into the album’s first single, “Chain of the Golden Horn” which the album notes offer, “chronicles Hardrada’s dangerous escape from Byzantium, where a heavy iron chain was hidden in the Bosporus waters to wreck hostile ships.” Sonically the song opens in a maelstrom of medieval bombast, with a charging guitar riff that leads into Siirala’s first vocal moment on the record. Her voice has that classic Tarja Turunen lilting magic to it. This is counterpointed on the pre-chorus verse by the biting edge of Krull’s guttural assault. The song is a symphonic metal beast with all the elements one expects from the genre; layered harmonies, soaring melodies, crisp riffs, chugging rhythms, and a fantastic story line. I love Elina’s ascending vocal on the final chorus with a beautiful little yip to end it all.

Male chanting begins “War of Kings” on a slower tempo track that features jutting riffage and a lot of choir vocals. It’s a muscular track that further showcases Elina’s vocal dexterity. This is followed by a remake of the title track from the band’s 2019 EP, Black Butterfly. This time around, the band has tapped the amazing Clémentine Delauney (Visions of Atlantis, Exit Eden) to cameo on the track. Bauer’s bass rumbles throughout as the Delauney and Siirala deliver some of the most epic vocal moments on the record, packed with poignant majesty. Two more tracks from this aforementioned EP also appear on The Last Viking, “Serkland” and “Night of the Ravens”.

One of my personal favorites on the album is the propulsive, riff-driven anthem “Serpents and Dragons” which sets us up for the album’s first single, “Dark Love Empress”, a plodding tempo, classic symph-metal epic. The track is wonderfully atmospheric, and the guitar solo break is brief but adds depth. That said, the song sounds somewhat derivative of the genre, and in some ways feels like a lesser version of Within Temptation’s “Jillian (I’d Give My Heart)”.

“Vanrangians” is a celebratory little Celtic ditty. A pure energetic rocker that allows us to hear a slightly different side to Elina’s voice. Conversely, Alex, gets to tame his gruff vocals a bit to give us his most melodic vocals on the record. The song does eventually shake off some of it’s lightheartedness leading into the guitar solo, becoming grim and menacing. Have no fear though, the raise-a-pint-in-the-air frolic returns to close the song out. This is well placed in the album to add some much needed diversity of sound.

The album closes out with the barbarous and lumbering title track which is a solid 10-minute opus. Just beyond the halfway point, the tempo shifts into a speedier juggernaut of racing riffage and bludgeoning rhythms. Nijenhuis delivers the goods behind drums, and the fretwork is some of the most memorable on the record. This song simply pummels.

If you love classic symphonic metal, then you will be hugely pleased with Leaves’ Eyes mammoth new record, The Last Viking. Everything fans have come to love about the band and the genre in general are all encapsulated on this record. That is both the pro and the con of this record. Many symphonic metal fans have grown bored of the genre’s been there, done that themes and its overall style, but as a fried pointed out, the same could be said of most genres. The Last Viking  is undeniably a well-crafted symphonic offering, but it also runs a little long for my tastes and at times feels dragged out. All of the songs on The Last Viking are solid and deserving of a listen, and many are grandiose and memorable mainstays for the band’s catalog. While I remain a little melancholy about the loss of Liv Kristine, I am once again excited by what the band is doing, and the addition of Elina Siirala. 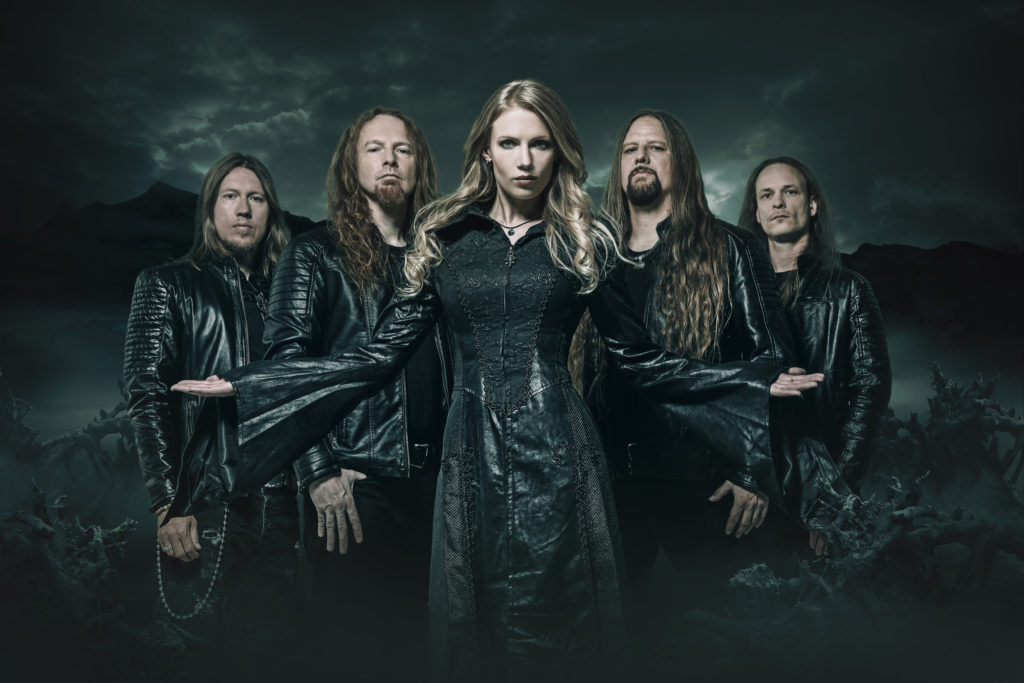 VISIONS OF ATLANTIS Interview: The Journey of Clémentine Delauney