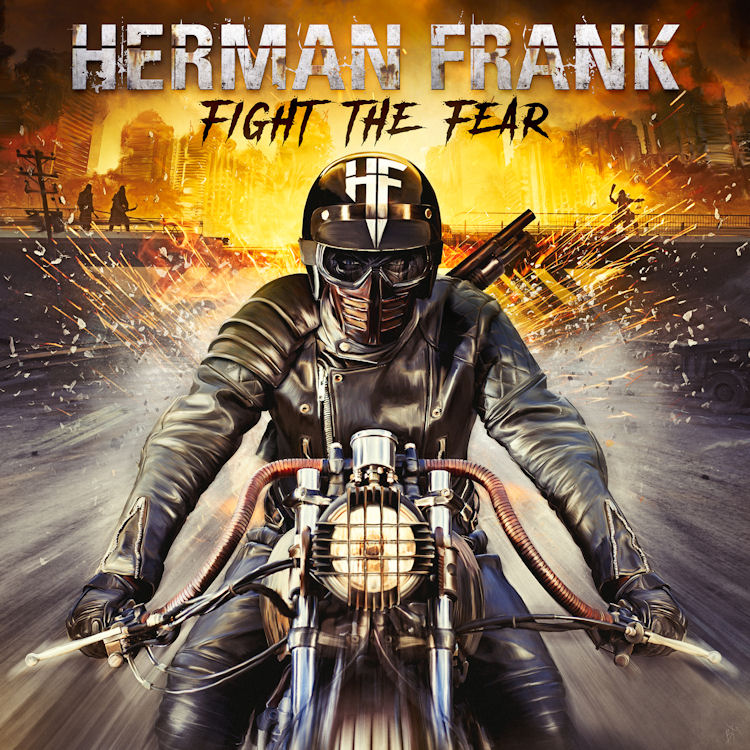 I have long been a fan of Herman Frank, from his time with the legendary Accept, as well as his work with Victory and Panzer. Still somehow I’ve managed to overlook his solo work. Frank uncorked his first solo effort a decade ago with 2009’s Loyal to None. He followed those up with 2012’s Right in the Guts and 2016’s The Devil Rides Out. For some unfathomable reason, I’ve never given them their due. So when I popped in Frank’s fourth solo effort, Fight the Fear, I immediately felt like I’d missed out on some metal gold that had gone unmined for the last decade.

Fight the Fear sees the return of vocalist Rick Altzi (Masterplan, Heaven’s Trail) who has appeared on the last three records, alongside the rhythm section of bassist Michael Müller (Jaded Heart, Heaven’s Trail) and drummer Andres Hilgers (Silent Force). Both joined in time forThe Devil Rides Out. Guitarist Heiko Schröder has also come on board for the new record.

It astounds me as I fire up the album and hear the first crisp riffs of “Until the End,” that Wolf Hoffman did not allow Frank to do any real writing for Accept. He clearly has a knack for catchy rhythms and beefy fretwork. Altzi has the perfect metal voice for the music, which immediately draws the listener in. Traditional metal fans are going to love this.

The album’s second track, “Fear” takes off at breakneck speed and jets along with fierce determination and sonic purpose. Frank rides the fretboard with dexterous ease while Müller and drummer Hilgers set the rhythmic anchor. Big hook chorus. What’s not to like?

“Terror” opens with an ominous tone and moves with an edgy serpentine groove. Then more adrenaline fueled mayhem kicks off on “Sinner”. There is a touch of a mid-era Judas Priest feel going in here, and that guitar tone just slays. Despite the classic vibe of the songs, it is still a completely modern sounding record.

The band gets into more of a battering chug-a-thon on the mid-tempo rocker, “Hatred.” It rises and falls with a mammoth gang chorus, and the brilliant delivery by Altzi. Nice moody breakdown. Frank and company then give nod to Dio-era Black Sabbath on the lumbering monolith, “Hail and Row”.

They guys slip into an 80s metal swagger for “Hitman,” with its anthemic chorus and banging riffs. This follows over into “Stay Down” which has a significant early Accept sense to it. Meanwhile, “Rock You” is as simple and pure a banger as the title would imply.

“Don’t Cross the Line” rattles and rages with an attitude of don’t-fuck-with-me menace. One of my favorite tracks on the album, it just hits that broody sweet spot that makes metal so timeless. It’s all in the riff, one might say, and and “Are You Ready?” muscles up and delivers the goods.

Frank’s fingers assail the strings for the intro to “Wings of Destiny.” while Hilgers stick work propels the track along. More big melodies abound. This segues into the album’s lone power ballad, the emotive closing track, “Lost in Heaven.” While I’m not a fan of wrapping up with a slower song, it suits the album well, though it would probably have been better placed mid-record, for some variation.

Having gone back and listened to his previous solo records, it’s clear that Herman Frank not only has the guitar chops to stand among the greats, he’s also got the songwriting skills as well. Frank has gifted fans with another fantastic record, and arguably his best solo work to date. Fight the Fear is packed with meaty riffs, hooky chorus, and memorable melodies. Not surprisingly the fretwork is what drives the engine, but Rick Altzi‘s voice is the magic that makes that engine purr. This is an album any true metal fan should be able to bang a head and raise the horns to. Herman Frank isn’t creating anything new, but he’s delivering Teutonic metal that stands the test of time and simply feels good. 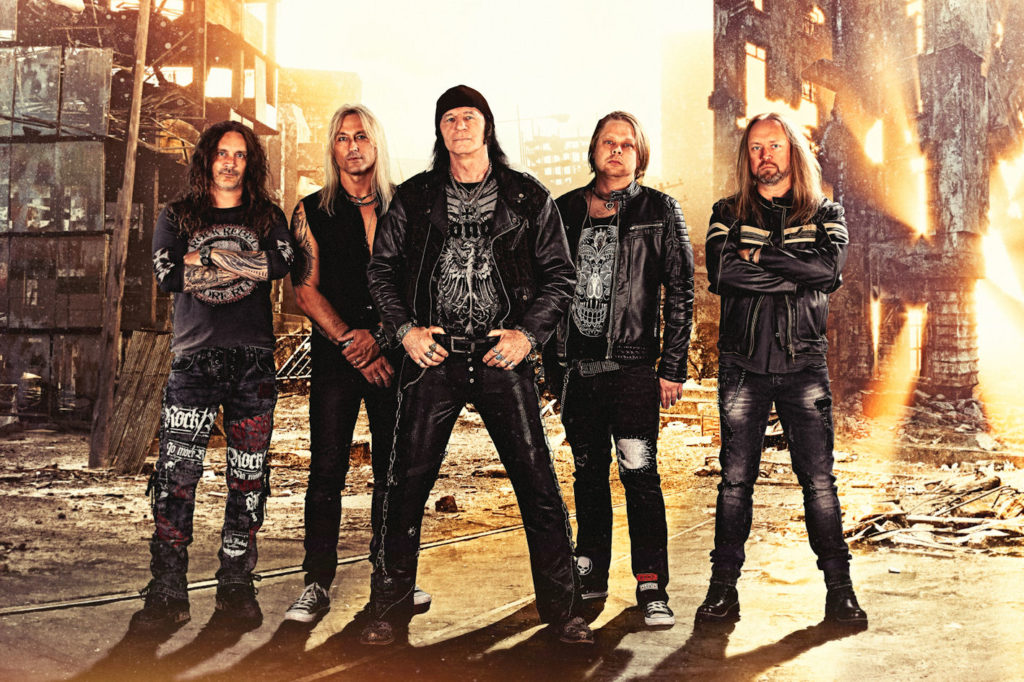