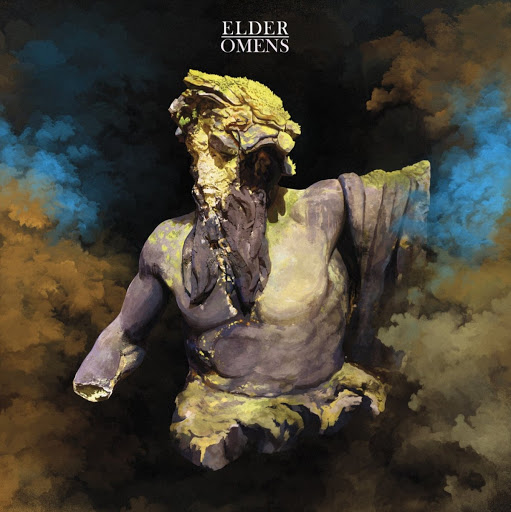 The evolution of Elder has been a constant yet idoneous one. They have broken the mold for hitting many musical genres and still rocking every damn one. Omens is high up on this list. I was ecstatic to end up with this album due to my love of stoner rock/doom music. The first song began with confusion and easily transitioned into pleasure as I quickly fell into the groove of where the music was taking me. I would not categorize this album into the stoner rock or doom genre, but I would categorize it high on the “will be played continually” list. I would also put Omens on the chill, campfire, feel-good genre, if that is a thing. These long tracks are worth every minute of musical bliss.

Originally from Massachusetts, Elder’s members; Nick DiSalvo (vocals), Jack Donovon (bass), Michael Risberg (keyboard, guitar), and Georg Edert (drums), have become the four-piece powerhouse you all know and love today. In 2008, the quartet created its epic self-titled doomy stoner rock debut. In 2011, Dead Roots Stirring was released and followed by the 2-track Spires Burn EP the next year. 2015 brought Lore into existence, which starts out with an incredible guitar riff, if you want to check out some earlier Elder. This is where the band takes a bit of a musical shift into more of a psychedelic prog sound. 2017 Album-of-the-Year contender, Reflections of a Floating World continues this shift, but remains astonishingly comfortable and enjoyable. I grew up on 60’s and 70’s rock, so these albums fit just as eagerly into my musical mindset as did the earlier Elder albums. The Gold & Silver Sessions was released last year.

Let’s get into Omens. I was entranced, from beginning to end with this album. “Embers” starts with a groovy guitar riff that has a bit of a 90’s feel to it. DiSalvo’s vocals are warm and substantial. It is an easy song to just feel. I have listened to this album numerous times and this is the song that consistently gets stuck in my head, in the best way. There is a 70’s sounding keyboard around halfway through that reminds me of a Rush type vibe.

“Halcyon” has a bit of a Pink Floyd undertone to it. It is a relaxing yet progressive song with many elements along the way the deeper you get into it. Lyrics don’t unfold until around 5-and-a-half minutes, but then you go onto a musical journey. It would be a great soundtrack for playing adventure board or video type games.

Track three is “In Procession” and is my favorite on the album. I felt some stoner rock influences initially then it led into an expeditionary song. Hearing the lyrics, “marching onward” divulged my mind into thoughts of wandering onto a path that leads to levels of insight and enlightenment. It is a song that should be listened to while really engaging the inner mystery of who and what you are.

The title track is a psychedelic musical trip straight out of a Uriah Heep dream. I really dig the guitar work in this one. I felt more Pink Floyd influence here as well. The title is unique and well thought out as it folds you into a feeling of something coming. Did I mention the guitar work? I say “In Procession” is my favorite, but “Omens” is a close second, if not tied. The musical composition is awe-inspiring and you want it to continue on into the abyss of its enchantment forever.

Final track, “One Light Retreating”, begins slow and steady. I can picture sitting next to a river, again contemplating life. A fuzz guitar riff jumps in pleasantly and fills the musical bucket with the fullness of a stoner rock type vibe. This is an incredible end to a beautiful album.

Omens is an album you need to take the time to listen and immerse yourself into all the way through. Remember when you would get that special album, throw it on, close your eyes, and put every fiber of your being into every musical note? This is an album you need to take that kind of time with. Need to slow life down with. Let’s be real, most of us have nothing but time right now. Utilize your time well and fall in love with music again. 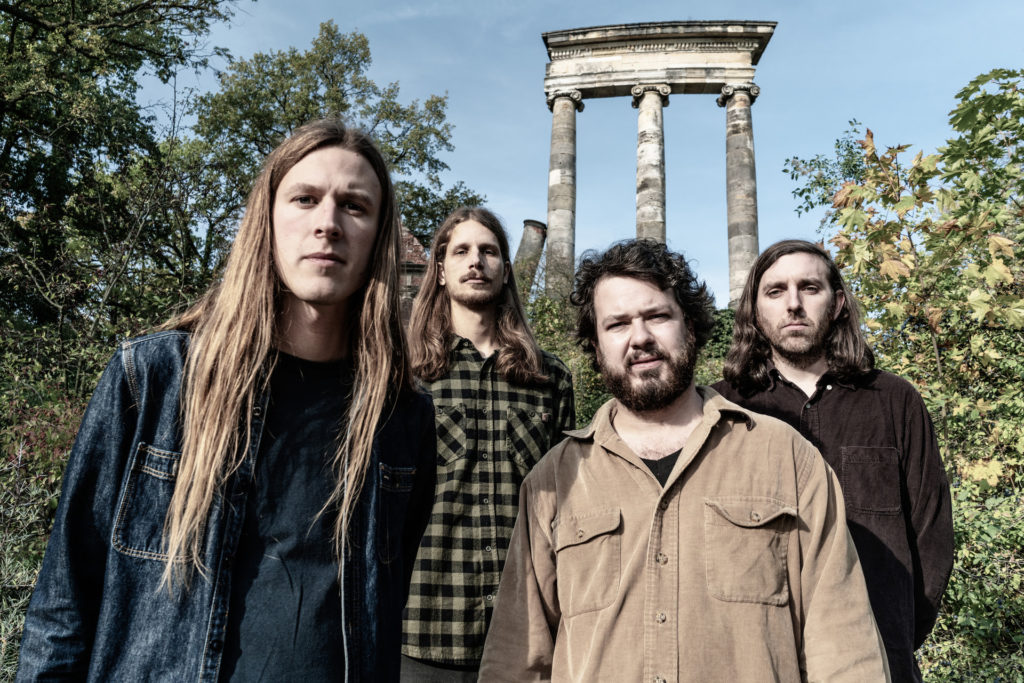 BLEED FROM WITHIN Release New Song/Video For ‘Into the Nothing’