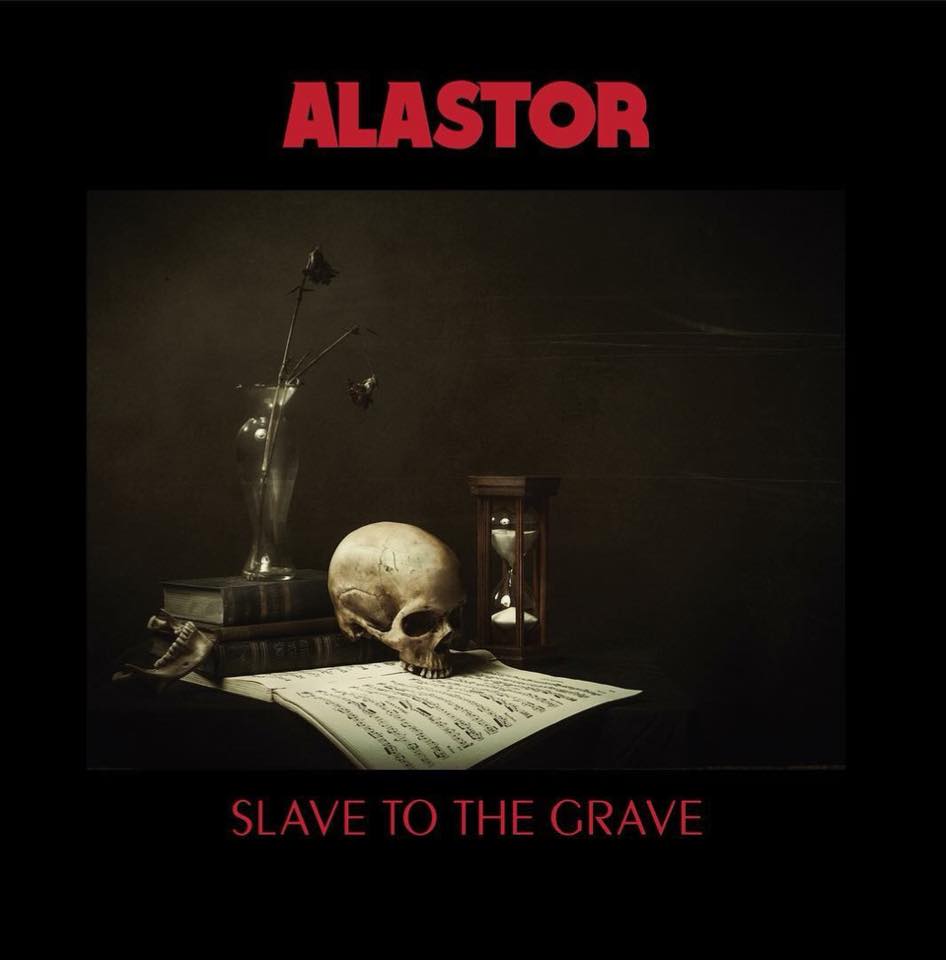 Alastor – Slave to the Grave

Magic and mystery, doom and death. This is what Alastor is all about, and that is how they want it to be. Doom metal band out of Sweden joined forces in 2016. They have released two EP’s titled, Black Magic and Blood on Satan’s Claw. A band member, we will call him, “He who must not be named,” states, “I’ve always thought that getting too personal brings away the focus from the band and the music itself.” I told him I would honor their anonymity and keep their personal information as inconspicuous as I possibly can. Although he did joke, “I think we aren’t really as mysterious as we would wish, haha.” While literally being the reviewer and “judge” of this, I would have to disagree. Finding information on this band has been the witch hunt they were hoping for. Do not be fooled by these tactics though, he was quick to answer my questions– polite, and funny. I suppose doom and death can have a lighter side sometimes?? I bet they are all cat lovers.

“He who must not be named”, (look I may like metal, but I have a nerd side, bare with me), states, “It’s our first full length and the album itself circulates around the concept of death.” How very doom of them to say. All joking aside, Slave to the Grave is far from depressing and gloomy. It is special in all the right ways. It is almost an hour long throughout, yet has only 7 songs. Fits the genre beautifully. Once you click play, you will be sucked into an alternate universe of fuzz pedal greatness, stoner rock/doom vocals, groovy riffs, and Sabbath style awesomeness with a hint of Electric Wizard.

The first track has a Swedish title, “I döden är vi alla lika”, which translates into, “in death we are all equal”. It consists of talking and church bells and thunder. I do not understand the words, but I can assume it has much to do with their theme, death. Track two, “Your Lives are Worthless”, begins with the same church bells and an epic guitar riff. You will hear the standard doom vocals, yet notice how beautifully they are done. It is haunting, has a steady groove filled with musical goodness, and is an almost ten-minute journey. Did I mention how well they fit their genre?

Track three, “Drawn to the Abyss” had a darker feeling for me. I felt like I needed to keep looking behind me, as if something was there, only to realize it was my own darkness and the shadow of my inner self. Paranoia, but ironically an alluring and appealing paranoia. The album continues with many bewitching melody’s vibrating from the guitars, bass, and drums. The title track, “Slave to the Grave” begins with an enchanting riff and enticing consonance throughout.

The album closer, “Spider of my Love”, is a 17-minute-plus behemoth that manages not to wear out its welcome despite its lengthy magnitude. It is helped along by some magnificent guitar work that will keep you entranced until the end.

Are you sold yet? If you are not, watch out, because I am fairly certain they will “swallow your soul”, to quote a favorite movie. I mean, they are releasing their first full-length album on Halloween, if that isn’t metal, I don’t know what is. Mystery band member also states they plan to tour with this album. “Yes, there will be tours. We have some things cooking for the near future, but that’s about what I can tell at the moment. We’ll bring the where and whens as soon as we know for sure, promise!” There you have it folks! I hope you are as enthralled as I have been with this whole mystery. Get Scooby and the gang together to munch on some Scooby snacks and jam out to this incredible album. 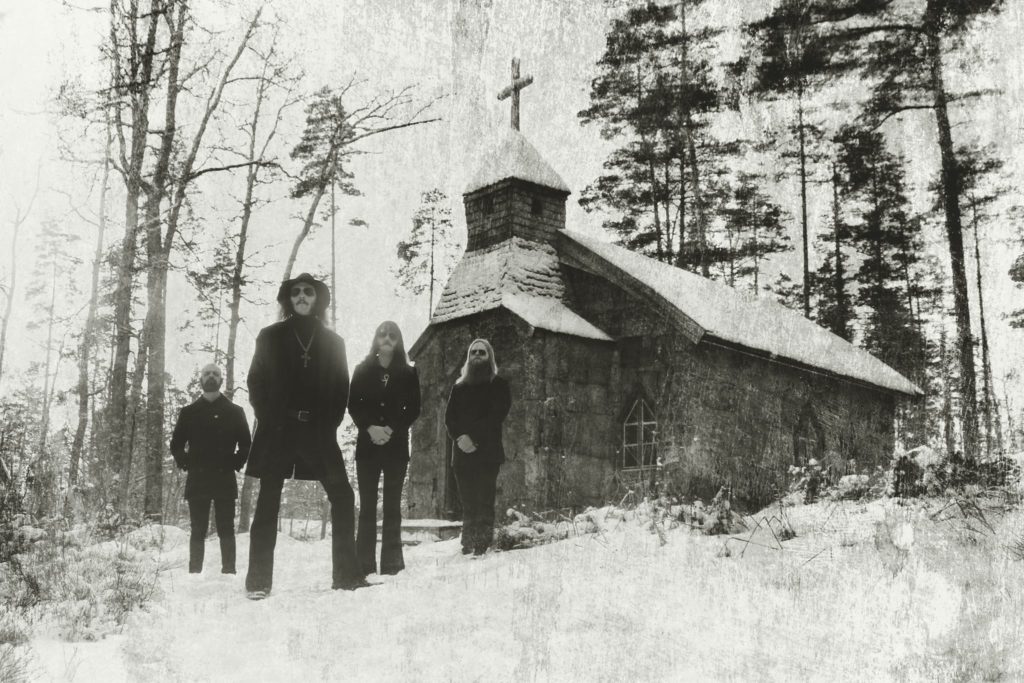